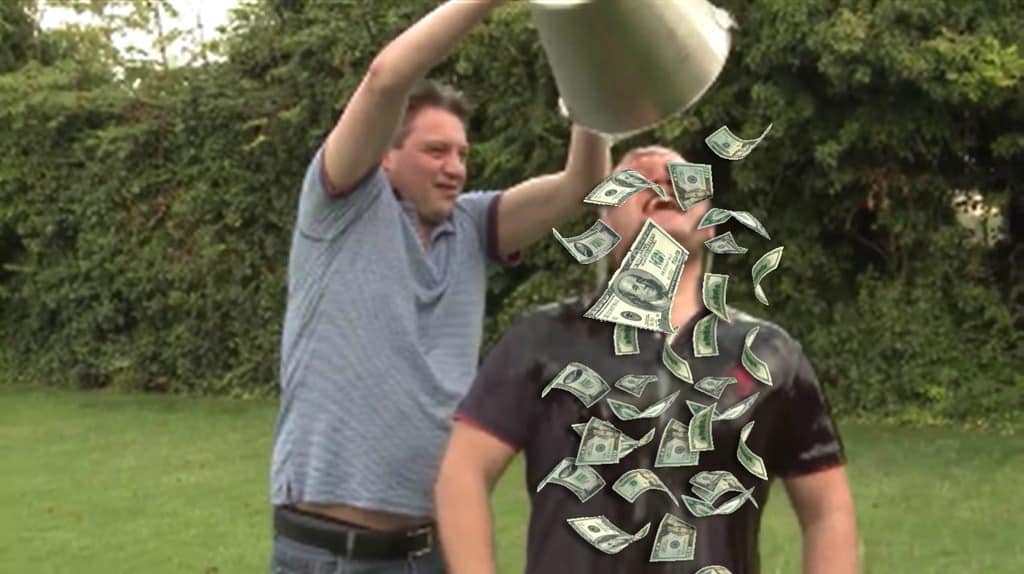 I couldn’t miss the sight of Konrad Mizzi repeating the line ‘I will not reply’ several hundred times as he’s asked questions that have been chasing him for 7 years. Let him know then that this is the rest of his life – behind bars or outside them, in parliament’s dunces’ corner or wherever he chooses to spend whatever’s left of his disastrous oeuvre in the human species to which he does not appear to belong – asked again and again about Electrogas, Vitals, Hearnville, Roturoa, 17 Black, Macbridge and on and on and on.

And on and on he well say ‘I will not reply’.

People today will be angry again because Konrad Mizzi walked out of that courtroom without any apparent consequence. We all profoundly wish to see the laws of the land applied on everyone equally and we cannot bear the injustice of seeing him get away with it. For now. But make no mistake. Humiliation is a great punishment for someone with Konrad Mizzi’s personality and history. And boy was he humiliated today.

The opening kerfuffle was over his Facebook posts yesterday and today where he tried to cheapen the inquiry as some form of agency of the interests of the Nationalist Party. The judges didn’t take kindly to it. They used the words ‘apology’ and ‘contempt’ several times, angrily, loudly, repeatedly. They would have been perfectly within their rights to impose the penalties for contempt provided for at law. But having Konrad Mizzi pay a fine or spend a little time in a cold cell would be a hollow victory for justice given what else he needs to answer for.

It was some sort of victory to see his attempts to wriggle out of the process crushed by the quiet authority of three judges who take no shit. And it was fun to watch the legal summersaults by Konrad Mizzi’s attorney, retired magistrate Carol Peralta, turn to dust.

The courtroom emergence of Carol Peralta was a rotten encore for a rotten legal career. He told the court his client would be refusing to answer the questions he’d be asked but that would not be out of fear of incrimination. He referred instead to his client’s presumed right “to disclosure”. The judges tightened their brows, squinted at the magistrate wondering what he was on about. Until they decided to call his bluff. Which part of the law provides for this “right”, they asked? Carol Peralta’s sidekick flipped open his laptop in a vain attempt to find something he vaguely remembers reading and clearly misunderstood.

So much for that. The judges told Konrad Mizzi they were cautioning him, reminding him of his right not to answer questions when he felt the answers would incriminate him. But that he was going to have to stand there and listen to the questions. Now we can take from his refusal to answer them what we will.

The first question he was asked was when and why he first entered politics. That was one of some 200 questions he was asked and he refused to answer. I chuckled when he feared incrimination from an answer to that question because the logical inference that must be drawn from his refusal escaped him. You see: the question why and when he first entered politics is not an innocent ice breaker. The fact that he fears incrimination by answering that question is in itself an implicit statement that the sole, primary, initial and entire purpose for his jaunt in public life was as a component in a criminal conspiracy.

I would be prepared to accept that it may not necessarily have always been a conspiracy of which he was anything close to a mastermind. But even he has realised by now how he’s been bought, used and compromised.

If you had seen Konrad Mizzi on the stand today you would not have found yourself watching a criminal mastermind dodging justice. You would have seen a blubbering mess, an individual so completely oblivious of the way he looks, the way he sounds, the way other people might feel about him that he looks like he has stumbled on this planet on his way between another two.

From where I sat in the court room today, right behind the witness, I could see Konrad Mizzi’s pale and ghostly face reflected on the anti-covid Perspex he stood behind. He looked like Catherine’s ghost begging Heathcliff to let her in, half-heartedly trying to convince anyone on the other side of the window that there’s substance to the ghost.

Whether one looked at his corporeal back or at his ghostly reflection, one would see naught but an empty shell.

Every time he said he was refusing to answer a question he looked entirely focused on the words he would speak like he would need to pay attention to remember the right response. After mumbling ora pro nobis more than a hundred times most people stop thinking about what it is they are replying to. Konrad Mizzi never started. Sometimes he was so keen to say his line he answered the question with his non-reply before it was even asked like a premature buzzer on a quiz show.

And yet, in spite of the brevity and the predictability of his response his throat was parched. I counted 6 glasses of water which the court messenger refilled for him probably because she too realised that the biggest thing moving in the room was his laryngeal prominence noisily rubbing against his panicked, dry throat.

If we started off the inquiry sitting with an angry board, by his 50th ‘I will not reply’ we had a bored board going through the motions of a senior government minister blamed by his colleagues for all suspicions of wrongdoing and fired by his own party, refusing to reply to questions that should be harmless unless the man knows he is in it so deep there is nothing he can say about anything that would not land him in prison.

At one point a judge asked him to explain his refusal to attend a meeting to answer questions about Electrogas by the National Auditor. He refused to answer that question but he could have said: ‘look at me now. I can’t answer these questions. I’m scared of what would happen to me should I ever reply. And I have been scared for a long time.’

After a short break in proceedings he walked right past me, looked me in the eye and asked me if all was ok. Not if anyone was measuring my blood pressure, it wasn’t. It was all I could do not to shout ‘shame on you’ but it would have allowed him to write another Facebook post about the assassination of his character, though he doesn’t seem to have one.

I felt no sympathy for his social inadequacy, could give no quarter to the apparent oblivion in his blank mind.

Think about it. Before he stepped into that courtroom he wrote on Facebook about his own assassination and the assassins that wanted to assassinate him. Assassination. That anyone would think it a good idea to use that word in respect of their breathing selves during the Daphne Caruana Galizia inquiry is astonishing. That’s why I say there’s no evil genius there. It is incredible that anyone ever thought Konrad Mizzi was clever or smart.

Anyone, that is, apart from Konrad Mizzi himself. Consider one of two short “statements” he gave the court even though he had said he would not answer any questions put to him. He regretted Daphne Caruana Galizia’s killing, he said, because it spoiled his ministerial ambitions. And he then proceed to parrot the Labour leadership speech he had been rehearsing for some 7 years and never got the chance to deliver. Because of Daphne.

One of the judges implored Konrad Mizzi, in his own interest, to express some form of regret for Daphne’s killing. He explained to him that an inquiry looking into the state’s conduct in the case could not ignore the fact that Konrad Mizzi had nothing to say about the fact that Daphne was killed, expressed no regret, showed no sadness.

Konrad mumbled something about having been abroad on the day the murder happened. He said he was shocked but his memory about where he was on the day and what he was doing there was vague. Goes to show how striking the memory of the day is for him. Do you remember where you were when you heard Daphne was killed? Well, Konrad Mizzi isn’t sure where he was.

And then off he went about shorter surgery waiting lists and efficient stocking of medicines and the turnaround of Air Malta and other irrelevant crap that only in his mind are weights to put on a scale where the death of a journalist weighs heavily on the other plate.

In his other short statement, he denied any wrongdoing or having had anything to do with kickbacks. He denied taking decisions on his own saying Joseph Muscat was fully briefed at all times. He denied hiding decisions from his cabinet colleagues saying his memos and presentations were always detailed.

He didn’t trust himself to incorporate these points in replies to questions. He rehearsed his line instead because he wanted to send his former boss a message from this uncomfortable pulpit. If Konrad Mizzi goes down, he’s not going down alone. Daphne Caruana Galizia’s killing “ruined (his) ministerial ambitions”, he told a hissing courtroom. But he was not going to let justice for Daphne Caruana Galizia mean he would be scapegoated for the crimes of others.

At one point, Jason Azzopardi asked Konrad Mizzi if he considered himself a “faithful executor” of Joseph Muscat will? In Maltese that was whether he thought he had been an “eżekutur fidil” but Jason Azzopardi needed to specify the sense of the word ‘fidil’ that he intended. This will be lost in translation but the irony of the term ‘fidil’ was not lost on anyone in the room this morning.

Konrad Mizzi, you are the weakest link. Good bye.

Previous:Are you coming?
Next:How long is your spoon, Simon Mercieca?