The government’s insistence on retaining that delusional clown Alexander Dalli as prison boss is, frankly, unbelievably obtuse even by the aphotic standards of this government of the night.

This week he was in the news for the wrong reasons.

The right reason for him to have been in the news should have been the fact that under his watch we have now had 11 unexplained deaths in prison. The latest guy to die was 25 and the prison authorities could not bring themselves to say he died ‘from natural causes’ or ‘from underlying conditions’. They said, cryptically, that he died in his sleep. You know, like cot death. Can’t be helped.

This happened so many times, and the government has ignored it each time, that the resignation of the prison director, which should be an automatic consequence, is something no one bothers to ask for anymore.

Instead we hear of Alexander Dalli swearing and stomping at Yorgen Fenech’s lawyer, Charles Mercieca. 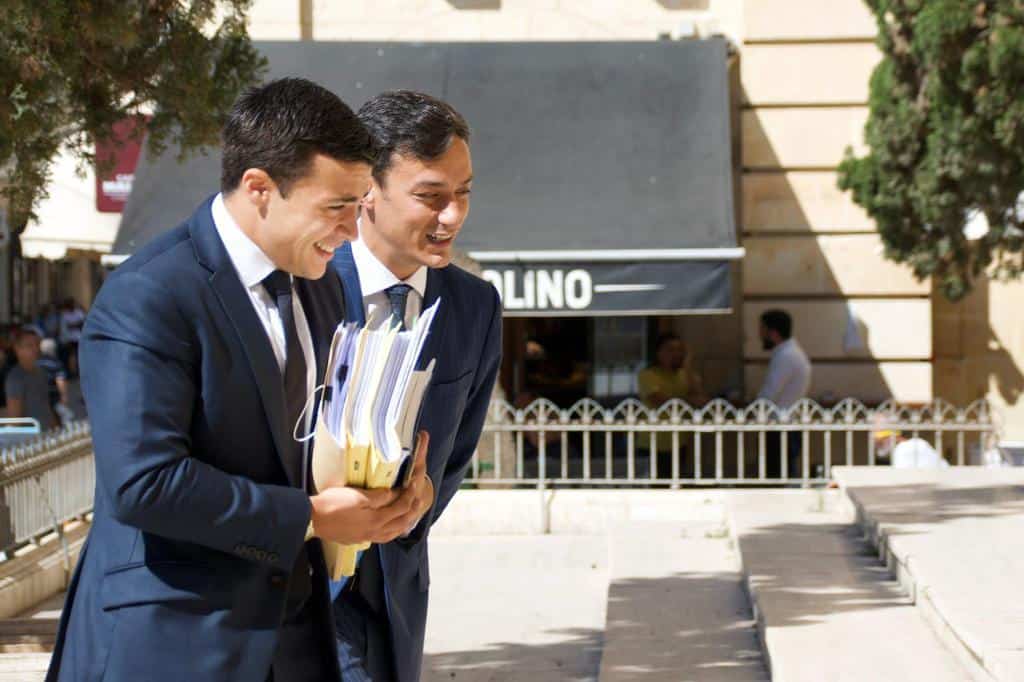 Charles Mercieca has been preening, spuriously misdirecting the court, behaving underhandedly and participating in all sort of subterfuge including an attempt to bribe a journalist. If he hasn’t yet shown a gram of legal brilliance yet, he has earned some not entirely unjustified renown for filibustering the court process with all sorts of vexatious improvisations, mock protestations and hollow perorations.

In an incident that involves Alexander Dalli and Charles Mercieca in conflict with each other, I find it very difficult to fall in favour of either side. I know I let down people sometimes by allowing my biases to come through.

Some people have expressed indignation that I haven’t dragged Jason Azzopardi to the gallows. They may be even right that I have allowed my respect for all the risk and hard work he put in the cause of justice to blind me to his manifest imperfections. But I’m not a judge and I don’t pretend to be neutral. You’re free to continue disliking me, or to start afresh if I have fallen short of your expectations.

Similarly, for all I know, Charles Mercieca is right to accuse Alexander Dalli of preventing him from adequately consulting his client or even to prevent the client of one and the prisoner of the other, Yorgen Fenech, from having his right to legal representation fully respected. There, in one paragraph, I mention one of the few people I can think of that I like less than Charles Mercieca and Alexander Dalli.

Charles Mercieca says he wanted to show some paperwork to Yorgen Fenech and Alexander Dalli butted in to prevent him from doing that.

I was told a different version of that story: that Charles Mercieca was not merely showing Yorgen Fenech documents but was attempting to give him documents to sign. That would alter matters altogether. I asked Alexander Dalli if this was indeed what happened. Was he preventing Yorgen Fenech from signing documents? Because if he was, Charles Mercieca’s tale acquires a different significance. We’d then have to ask what documents he was trying to sign. It could be share transfers or powers of attorney or in any case documents prisoners awaiting trial for murder can’t sign without a court knowing about them.

They could have been discussing documents that could condition witnesses or threaten accomplices. Are those covered by client-attorney privilege? Should the prison director intervene?

Being the arse that he is, Alexander Dalli did not reply to my questions. Instead he is quoted by staff working around him being all bullish about calls from the Chamber of Advocates for his suspension. His response, spoken to his mates, was something to the effect of ‘they can kiss my balls with their suspension; they can fire me for all I care. I will spend my days smoking my pipe on the terrace and playing with my…’ The rest is largely inappropriate for polite conversation.

Needless to say, I have not heard Alexander Dalli say this though I have seen with my own eyes his general demeanour and conduct so I can call this quote eminently plausible. Attempts to seek a comment from Alexander Dalli proved futile.

What’s really happening here? A prison director who fancies himself a latter-day Idi Amin roars and requisitions legal paperwork like he’s seen a 12-inch hack saw under an inmate’s pillow. And a precocious lawyer working for a don with a murder charge reacts with bluster, drama and shrill squeals of self-pity.

Something else is happening. Yorgen Fenech’s legal team have acquired yet another excuse to climb up the steps of a very small courtroom like a comic version of a Seneca and Cicero duo, swishing their togas in magnificent indignation at another outrage to their client’s rights. They will argue that they must be heard with urgency because their client is being forgotten in a cell, his dignity crushed like the man in the iron mask. They will insist on reference to the constitutional court, an urgent freeze on proceedings to debate the finer points of law, a search in pre-Victorian precedent because after all where outside the Orleanais Chateau d’If could a more absurd gaoler than Alexander Dalli be found?

Yorgen Fenech’s legal team have been finding all sorts of excuses to postpone again and again the hearing of the evidence against their client. They have crashed from a crusade against the police investigators over recordings that were never really hidden, to a manhunt for Europol experts who did not really hide the evidence from Yorgen Fenech’s phone, to an assault on all witnesses appearing at the Daphne Caruana Galizia for daring to suggest he is of relevance to the inquiry’s work, to a crusade against the family’s lawyer Jason Azzopardi for having the gall to imagine their client was anything short of a saint. And many other such puerile excuses along the way.

After each one of these scenes, we have to wait another several weeks watching them do this before an open court can hear why the police think Yorgen Fenech killed Daphne Caruana Galizia.

What do they gain by kicking this down the road like this? They gain another crusade, complaining to a future court about delays in the course of justice conveniently ignoring that they were the ones to cause the delays. They push material evidence heard in the criminal court that could have an effect on the outcome of the Daphne Caruana Galizia inquiry beyond the date of closure of the inquiry (imposed by their ally, the prime minister). And they hold on to try to get the criminal process mixed up with, and lost in, election fever because though making their client a hero of a partisan cause may be beneath their dignity, it definitely isn’t beneath his.

With all these shenanigans that they play I find myself repeating a line I used when I agreed Jason Azzopardi needed a scolding but said I would rather get slapped around than be the one to help Yorgen Fenech in the cause of fleeing justice.

Charles Mercieca may be right about what Alexander Dalli is supposed to have done to him. And God knows I’m far from being Alexander Dalli’s fan. I have 11 reasons for his immediate resignation right at the opening of this piece.

But the only guy benefitting from this umpteenth, over-dramatized, vexatious incident is Yorgen Fenech. And I like him even less than Alexander Dalli. Much less.

It is indeed fortunate for Yorgen Fenech that he wakes up bright and early every morning. It’s the rest of us that are fucked.

Previous:GUEST POST: Scruples, or the lack of
Next:Hurry Up and Kill Her (Part 1)