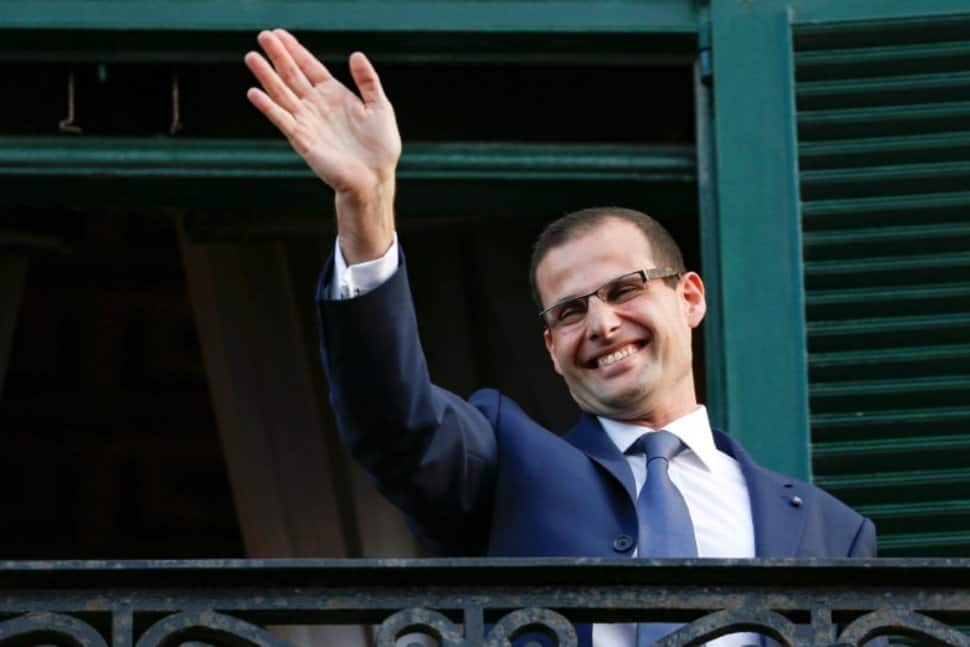 The dictionary definition of ‘scruples’ is having a kind of moral compass that lets you know what’s right. Often it is used in an outraged way when someone does something bad. Liars, thieves, criminals and politicians have fewer scruples than the rest of us. The idea of scruples has to do with ethics and morality, what is right and what is wrong. If you had no scruples at all, you’ll just kill, steal, cheat and do God knows what else.

Many remember that during the general election campaign of 2013, Joseph Muscat unscrupulously paraded a cancer-stricken family from Marsaxlokk. They told cameras they had a family history of cancer and they blamed it on the power station at Dellimara. Many believed this to be real. Joseph Muscat promised that the ‘cancer factory’ would be demolished as soon as the ‘new’ gas power station would be operational. He was lying. The new power station took five years to be completed and still stammers from ‘technical defects.’ That was one immoral grabbing at votes.

Many also remember that during the Labour Party leadership campaign, Robert Abela promised continuity. He did keep that promise and like his corrupt predecessor he takes every opportunity to show his partisan tendencies even if he has to bring sick children into the equation. On Monday Robert Abela declared that he did not congratulate MEP Roberta Metsola on her election as First Vice President of the European Parliament because she continuously ‘attacked’ the sale of passports.

And again, like his former capo, Robert Abela wheeled out Puttinu Cares beneficiaries to the forefront. On Monday he told journalists that “If it wasn’t for the funding of the citizenship by investment program, we wouldn’t have been able to donate €5 million to Puttinu Cares. This is the good that the programme is doing. Go and ask Roberta Metsola why she wants to gain political points by destroying this program.” That was Robert Abela trying to score political points by taking advantage of people suffering from cancer. He should be ashamed of himself. He has no scruples.

“Who Robert congratulates is up to him. I certainly have never asked him for anything nor have I expected any different from him. The Prime Minister is too week, too insecure, too blinkered to see beyond his Labour Party brief, and he only sees the country in shades of red and blue,” said Roberta Metsola, MEP and First Vice President of the European Parliament.

In March 2018 Joseph Muscat during a Xarabank marathon announced that the government would help Puttinu Cares by donating €5 million. The agreement was signed 2 years later, on the 10th of November 2020. Puttinu Cares has been active since 2002 helping children and people suffering from cancer. Since then, through the generosity of the Maltese people, they managed to raise funds to build 18 apartments in London. They did not wait for the government’s donation to deliver on their mission.

The European Commission launched legal action against Malta and Cyprus over their ‘golden passport’ schemes. Transparency International welcomed the EU’s action against the two countries, saying that “there is overwhelming evidence that the golden passports schemes of Cyprus and Malta have been serving corrupt interests, not the common good.”

In spite of all this, Robert Abela insisted that he had no plans to either suspend or end the scheme. “I have already stated that I plan to stick with the scheme,” he said and “if I have to make any due diligence changes I will, but the scheme has brought a lot of good.”

Let me remind Robert Abela where he could have found his millions. He could have done better than sell the equipment in three hospitals for €1 and on top of that pay Stewart Health Care €250,000 a day for the same work it used to do for cheaper. Reversing the VGH mess would give the government many bags of €5 million to pay Puttinu.

There’s the SOCAR oil deal losing us about €15 million, and the money spent on Electrogas and the wind-farm in Montenegro. How much did that cost tax-payers?

Maybe the prime minister should ask the PL to give the Australia Hall to its rightful owners: the people of Malta. That should recover a sweet €10 million. Maybe reverse the Café Premier’s €4.2 million bailout. And top that sum with savings after you normalise salaries for Kurt Farrugia and Karl Stagno Navarra to proper market value. Puttinu would do well on the money spent on the American University dud.

Prime minister, don’t use children who are suffering from cancer to score political points. You may not know what they and their families are going through. I know what it feels to lose someone to cancer. Do not be amoral. Try to be ethical. Feel some shame for using sick children to gain political milage and strike at your political adversaries. Grow some scruples. Today.