The excuse we are expected to accept 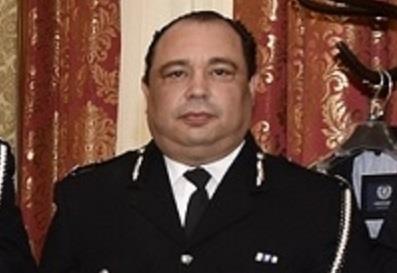 Silvio Valletta thought that if an excuse works for Joseph Muscat, he’d be damned if he wasn’t going to use it as well.

Didn’t Silvio Valletta feel it was inappropriate to refuse the hospitality of Yorgen Fenech, accept his frequent invitations to visit his “ranch” and travel with him to international football matches? Silvio Valletta’s response was that Yorgen Fenech’s suspicions would have been heightened if he refused. It’s how Joseph Muscat justified accepting from Yorgen Fenech a couple of bottles of wine worth what thousands earn in an entire year.

What Silvio Valletta is saying here is that the local police work at Serpico’s station. The normal behaviour of a senior police officer offered the hospitality of someone they barely know, is not to say ‘I’m sorry, but it would be inappropriate for me to accept.’ Quite the opposite it would seem.

A long time ago, in a previous life, I was given the job of coordinating the pedestrianisation of central Valletta, basically the gargantuan effort of pushing cars out of St George’s Square, then the most beautiful car lot in the world. Part of the job was speaking to businesses in the area to understand their inescapable needs of motorised transportation.

The manager of a local cinema came to speak to me and we arm-wrestled a bit about the hours of the day trucks would be allowed to come around to deliver stock for the shops in the complex. When we were done and some sort of solution was hammered out, the manager went back to work and sent me through the post a thank you for your time note stapled to two complimentary tickets to watch a movie at her theatre.

It wasn’t exactly Watergate, but I sent the tickets back with a thank you note and an ‘I couldn’t possibly’.

The minute value of the gift justifies me mentioning it here because I’m not trying to suggest this was some heroic act of ascetic self-denial. It was an unremarkable exchange of gestures and of entirely predictable and normal behaviour one is entitled to expect from government employees.

In a normal context when things work as they should, if a businessman befriends a senior police officer with whom they have nothing in common, the police officer would be on the lookout because they know nothing is ever what it seems. When I get teenage girls with pouty lips, heaving breasts and an apparently desperate desire to become my ‘friend’, sending me persistent friend-requests on Facebook I know better than to think I’m lucky or to imagine I am of any interest whatsoever to any lonely and superlatively attractive teenage woman.

Why did Silvio Valletta ever flatter himself into thinking Yorgen Fenech was desperate to be his buddy? Did he think it was because he liked his sense of humour? Of course, this is all rhetorical. I do understand that Silvio Valletta knew full well Yorgen Fenech paid for his travel because he could be useful to him. But for the sake of argument I’ll go along with Silvio Valletta’s explanation to the Daphne Caruana Galizia inquiry last week.

If you’re going to lie, you’re going to come up with a story you believe people are going to believe, understand and not something in which they would find greater reasons to disapprove of your behaviour. If you’re going to try to convince your long-suffering wife you weren’t drinking with your buddies late into the night again, it’s not going to help your survival chances if you invent the story that you were shagging your secretary.

Silvio Valletta reassures us he did not accept Yorgen Fenech’s gifts to help Yorgen Fenech escape justice in Daphne Caruana Galizia’s case or in the case of bribing Keith Schembri and Konrad Mizzi. He does so by telling us instead that accepting gifts from businessmen for no reason whatsoever is what senior police officers do all the time.

Previous:Omicidio di Stato: Mondadori publishes Italian edition of Murder on the Malta Express
Next:There’s no other side of the story