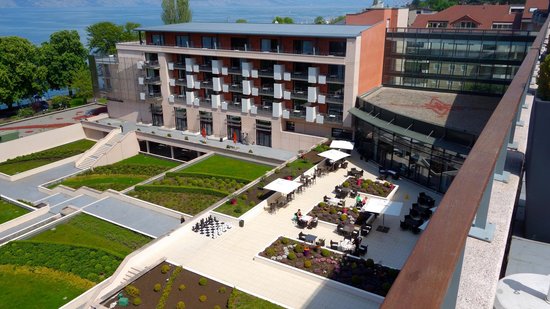 Repubblika reacted today to reports that Joseph Muscat and Yorgen Fenech had a paid-for holiday in Yorgen Fenech’s Evian hotel. The NGO said it was concerned and saddened by drip-fed developments revealing unacceptable friendships between politicians and major businessmen who use gifts, privileges and tips to get closer to decision-makers.

“It is becoming increasingly clear that these sort of gifts are regular and considered to be an acceptable feature of the governance of our country,” Repubblika said adding that it disagreed this was acceptable.

“We are mostly concerned by the attitude of politicians who defend this culture and seek to justify it. We are getting a clearer understanding of what this culture brings about. The friendship between Joseph Muscat and Yorgen Fenech generated the atmosphere that allowed the greatest act of corruption in recent Maltese history: Electrogas. Followed by the murder of Daphne Caruana Galizia that the evidence suggests sought to cover it up.”

Repubblika said Yorgen Fenech has been holding up his sleeve tips his family gave to people using them for blackmail to dodge justice. “In our view, the Jason Azzopardi visit to Tel Aviv episode was another attempt at blackmail that Jason Azzopardi should have steered clear of. It is a relief it did not intimidate Jason Azzopardi. But when we see so many politicians staying mum on the Electrogas scandal and even on the killing of Daphne Caruana Galizia (and in some cases, they align with Yorgen Fenech), we are forced to fear his money is being used to help him avoid justice.”

Repubblika referred to reporter Ivan Martin who refused payment in exchange for reporting that is favourable to Yorgen Fenech. The NGO saluted all journalists who refuse to be bought and for whom journalism is not propaganda. But the NGO said it is concerned that “gifts, tips and blood money are not only offered to politicians but to anyone who is vulnerable to corruption or intimidation so that instead of fulfilling their duty they help Yorgen Fenech and anyone involved in killing Daphne Caruana Galizia and the corruption that murder covered up to get away with it.”

Repubblika said it thinks it is clear that Malta is in the grip of oligarchies. “We cannot wait for false heroes to save us from the mess they put us in in the first place. Maltese and Gozitans must win back their country.”

The NGO called on “all people of goodwill, politicians who refuse to be under the shadow of any corrupt influence, political parties who are willing to be transparent about their financing, independent journalists, honest police officers and prosecutors and magistrates of conscience to resist and destroy the mafia.”