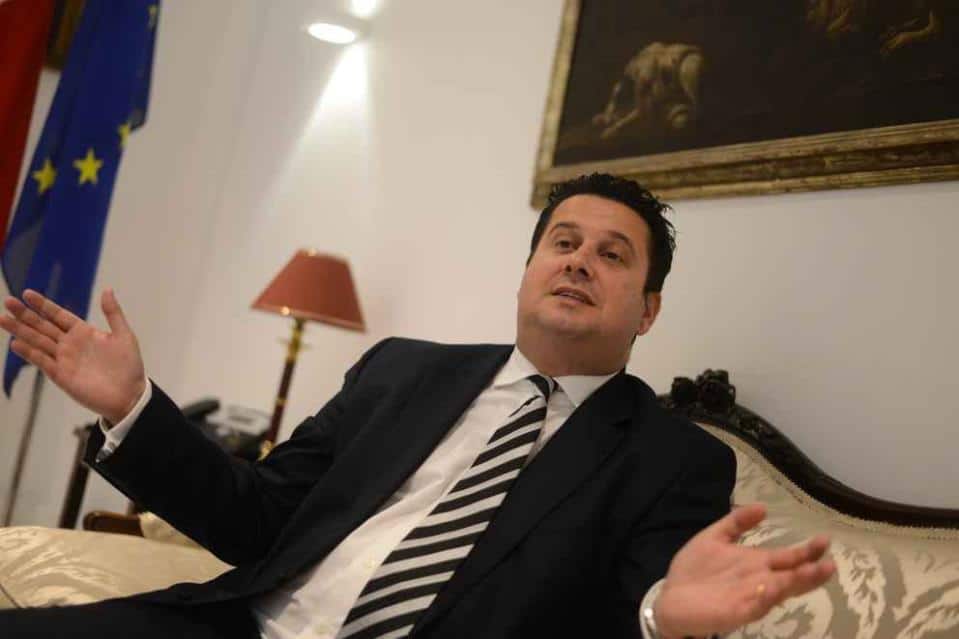 We didn’t need a report from the European Commission to tell us the grotesque delays in court proceedings in this country are a threat to the rule of law. Justice delayed is justice denied is here a cliché.

Consider the case of the “oil scandal”. On the eve of the 2013 elections, Malta Today exposed bribery and corruption at Enemalta in the procurement of fuel used for the generation of electricity. The scandal was supposed to damage the Nationalist government. But that government acted with conscience, enabling the police and institutions to bring charges against anyone involved included the government-appointed chairman of the corporation Tancred Tabone.

Here we are, so many years later, and there have been zero convictions. Prosecution is half-hearted. The accused portray themselves as victims of an interminable process that is intentionally left without conclusion. It seems likely there will be no conclusion except that we’ll need to pay the accused compensation for harassment.

The goalposts shifted when the “oil scandal” uncovered at its centre Tarcisio Mifsud, Enemalta’s former money man, and the brother of Alfred Mifsud, Joseph Muscat’s only other employer apart from the people of Malta. With friends like these.

Consider the killing of Daphne Caruana Galizia. Three people were charged with murder in early December 2017. One of them pleaded guilty and is serving a reduced sentence. There still is no date for the trial of the other two. And far behind them in the inscrutable distance there still await trials for Yorgen Fenech and the Maksar brothers and Jamie Vella. Maybe.

Consider the swindle perpetrated by John Dalli at the expense of an American club of Christians who thought they were investing in an African charity when instead they were paying into the pockets of a conspiracy of crooks. Most of the members of that conspiracy have since died.

John Dalli avoided prosecution by using his daughters as his fronts. Yes, he’s that callous. Years have gone by and the case against them is as far from a conclusion as it could possibly be unless it had not started. Soon most people will agree John Dalli’s daughters are victims, not just their evil father’s but of a rotten justice system that couldn’t throw a financial criminal in prison if its existence depended on it.

The government is under pressure to improve things. The FATF are keen to see results and the European Commission’s rule of law process has now joined the chorus. You’d think the government would go for the obvious solutions: reform and simplify procedures, digitise court processes, increase magistrates, judges and prosecutors, increase facilities, build up capacity, invest in training.

In other words, stop trying to enforce the law in this country with the same infrastructure we had when the population was half today’s size and the economic product was a similarly smaller fraction of what it got to today. Today’s courts must enforce European law, and they are expected to act on complex financial crimes that were not even considered criminal a dozen years ago.

And yet we still have the same number of judges and magistrates. None of them are specifically trained for the bench and the small number among them that have specific technical knowledge of financial crimes are expected to work on everything else as well.

It’s hard to make radical changes in a system that relies on its traditions. Which is another reason for the government to go for the easier solutions.

They are trying very hard to relieve the courts of the business of enforcing the law and giving the job instead to other institutions unburdened with tradition, or even any meaningful history, and therefore perceived to be more efficient.

One way of doing this is empowering regulators to act as sheriffs imposing fines on the people they themselves investigate. The method has been repeatedly ruled unconstitutional and the government is now complaining about the opposition’s decision not to help it make the unconstitutional lawful by changing the constitution.

Another way of going around the problem of court congestion was announced yesterday. They are “depenalising minor crimes” transferring the responsibility of lesser crimes from magistrates to the commissioners you face if you ever bother to contest a traffic fine in one of the local tribunals administered by local councils.

This is neither new nor wrong in and of itself. There’s no reason why a minor charge for, say, drunk and disorderly conduct, needs to be heard in Valletta or Victoria. A local tribunal should do, focusing on minor crimes in the neighbourhood, treating them expeditiously, and issuing administrative fines instead of disproportionate criminal proceedings.

Where’s the problem then? The government owes us expeditious and proportionate justice. But that doesn’t relieve them of their obligation to guarantee us a fair hearing. Local tribunals may be decentralised, digitised, rapid, and relatively efficient. But they are also presided by part-timers making a little extra at the pleasure of the minister. And that’s no way for anyone to be judged.

Commissioners for justice who preside local tribunals are lawyers who get handpicked by the justice minister, charge by the hour, and though in theory they cannot be fired, they are hired on two-year contracts that are only renewed if the minister still likes them at the end of their turn.

Much as we made a fuss (and got our way in the end) about the issue of judges and magistrates that used to be handpicked by the government, the problem, resolved in the proper courts, persists in these local tribunals and other administrative specialist tribunals that deal with issues as varied as employee relations, telecommunications licenses, privacy safeguards, and the asylum status of migrants.

And yet here we are.

Great idea… except has anyone looked at the list of Commissioners (appointed by the Minister directly) recently?https://t.co/xA09R718sh https://t.co/p0fw11dDe7 pic.twitter.com/GRNXph5ot1

Consider that with these new reforms Anna Mallia – who among other things is also a commissioner for justice – will have her competencies increased to hear more cases previously protected by the safeguards of a courtroom presided by an independent magistrate. That’s Anna Mallia the lawyer of Yorgen Fenech. Imagine any of Yorgen Fenech’s anti-mafia enemies being tried by her tribunal.

The same sort of additional competencies are going to other commissioners for justice you may be aware of in other contexts. Consider then Luciano Busuttil, that congenital idiot with no mitigating characteristics except perhaps his matching socks, now granted greater competence over people in the tribunal he presides.

Or you can be dragged to answer for your crimes in front of Pawlu Lia’s son Alessandro. You might fancy your chances better if you’re arraigned in front of Jose Herrera’s daughter Martina. Or perhaps you’d consider yourself lucky in the tribunal presided by Labour’s election candidate Chris Cilia.

Not all commissioners for justice are stooges of the government. But that doesn’t matter. What matters here (as it had mattered when we pushed to guarantee the independence of the judiciary in the formal courts) is that citizens must be safeguarded from political influence overbearing on the independence of the people deciding their fate.

The solution the government comes up with to address the problem of court delays then amounts itself to two new problems: a dilution of the right to a fair hearing, and leaving the magistrates’ court with the same issues of lack of competence, expertise, digitised and expedited processes.

In other words, instead of delivering the reform we are entitled to expect and the FATF and the European Commission are clamouring for, the government shrinks the competences of the courts. At this rate, we may as well abolish the judiciary and have Edward Zammit Lewis’s friends decide everything. Wouldn’t he just love that?

Previous:WATCH: The Untouchables
Next:If you’ve seen Part 1, then surely you will want to see Part 2