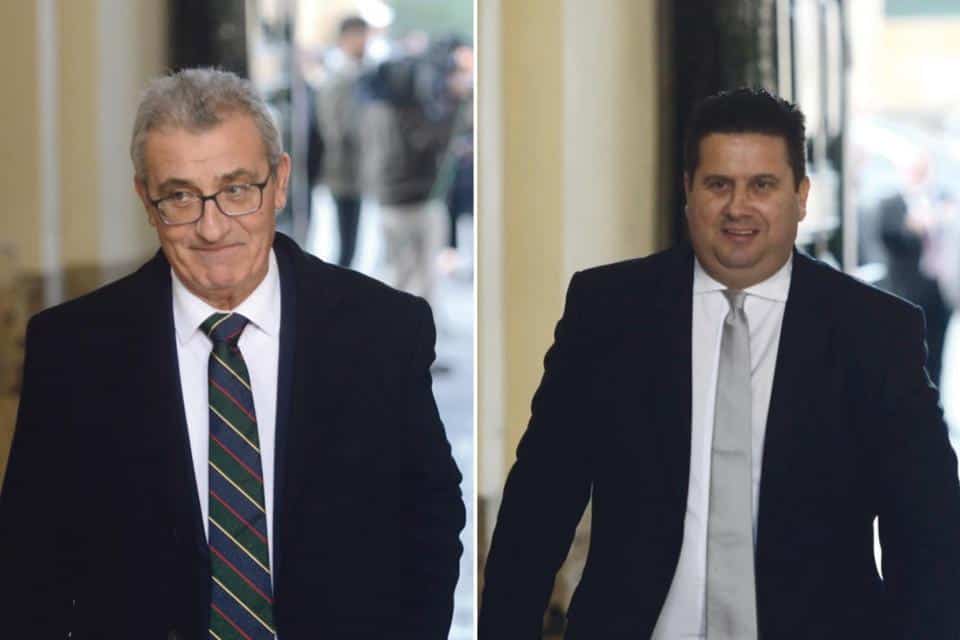 The government has been warned explicitly and publicly by the FATF not to underestimate or downplay the changes that need to be made for Malta to become a respectable player in the financial world again. In no uncertain terms, the government was told this wasn’t just a matter of changing laws. Changing laws is easy. You pay a couple of desk-bound mandarins to translate templates sent over from Germany or the UK and rush them through Parliament or publish them as regulations in the Gazette preferably while no one is watching.

But the FATF told the government their mandarins have done the bulk of the regulations that needed changing. The government now needed to get their act together and actually send criminals to prison, or whatever punishment Malta’s laws deem appropriate.

We don’t have any of that. So the few prosecutions that have actually started are floundering. Almost everyone responsible for John Dalli’s swindle of little old ladies from the Midwest is dead. Not to mention the poor, impoverished victims. The desks at the court building are creaking under the weight of the boxes of meaningless paperwork collected to make some sort of a case against Keith Schembri and his associates. Fat chance that will get anywhere. Prosecutors are missing sittings in the case against the Debono smugglers’ launderers because of scheduling conflicts that would not likely occur if they were actually looking forward to the gig.

Magistrates are sinking beneath the backlog of highly complicated cases partly because they get held up by antediluvian procedural requirements like having to sign every single page of evidence by hand. That’s ok when their report is a hefty 100 pages long. Financial crime reports are known to have reached 500,000 pages.

What should the government do? Train and recruit police officers. Empower special prosecutors. Train and hire specialist magistrates. Digitise and simplify processes. Put some money into the policing of our most important economic contributor and clear our name as soon as possible.

What does the government do instead? Go to Parliament to ask the Opposition’s agreement to compromise fundamental human rights by abolishing the safeguard of a fair hearing for anyone facing considerable criminal punishment (like ruinous fines running into millions). And instead of guaranteeing judicial independence to the judges who decide who to punish and who to acquit, they propose to give that power over financial life and death to their cronies.

If your business is to be shut down and every last penny taken away from you, you won’t be tried by a judge that will hear your side of the story as well as the government’s and who will decide without fear of retribution if their decision is not to the liking of the government.

Instead, your case will be decided by someone like Joe Cuschieri or Heathcliff Farrugia who runs the organisation that investigates you and then decides whether to ruin you. Of course, if the person who happens to have that power is someone like Manfred Galdes and they take decisions on the basis of evidence and conscience, the moment they step on the toes of some Konrad Mizzi or Rosianne Cutajar or Robert Abela, the government will force them out to replace them with someone who will take care of their friends. Because, since the regulator is not a judge, the government can just fire a regulator on a whim.

Now you know how it is. Joe Cuschieri is good mates with Yorgen Fenech. Heathcliff Farrugia is too. Imagine being a competitor of Yorgen Fenech’s. What guarantees do you have that Yorgen Fenech’s friends in high places won’t just charge you and convict you and punish you and ruin you for wrongdoing you did not commit just so Yorgen Fenech can do business without rivals?

Don’t be comforted by Joe Cuschieri and Heathcliff Farrugia’s resignation and Yorgen Fenech’s arrest. They’re (probably) out of the picture because they were caught after Yorgen Fenech went ahead and killed Daphne Caruana Galizia (he denies it) and left his computers and phones where the police could find them (he does not deny it).

If you know this has happened, how can you not assume this is still happening all the time? How can you take the same government’s word for it that the regulators they are appointing now are not also Mafiosi in cahoots with their funders? If you’re not a mafioso what chances do you think you have of surviving in an environment where Mafiosi can use the force of the law to shut you down and take your house to pay the fines they impose on you?

The only thing worse than impunity for criminals is the unlawful punishment of the innocent. The Opposition did well to block the government’s efforts to strip us all of the basic safeguards of a fair hearing. If we are to be convicted of a crime and punished for it let that be by an independent court or a jury of our peers. Not by the people handpicked by the mafia and the ministers that work for it.

So once again, Mr Government, take heed to the appeal made to you by the FATF. Get busy fixing the problem of impunity for financial and serious organised crime in this country. But please remember to do that within the limits of our constitutional rights.

Don’t we all know why you’re not doing that? When will the mafia hurt itself?

Previous:Truth and Justice: Robert Aquilina
Next:Just who the fuck do you think you’re talking to?