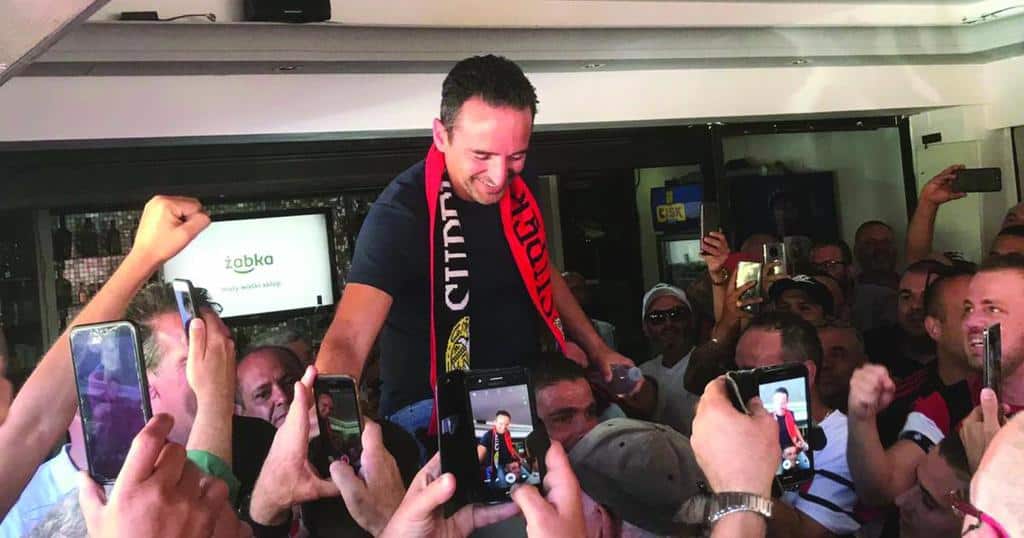 Let’s be clear from the outset. I’m going to take quotes out of their proper context and jumble them together in ways Joseph Portelli did not mean them to be. So the charge of unfairness and perhaps even the risk of misrepresentation is plausible.

I don’t say this to weaken my arguments before they start though I see why you might think so. I say this because the reader can make their own observations in the context of the interview itself and make up their own minds.

At one point, Joseph Portelli defends construction in Xlendi. Right now the south side of the bay looks like a miniature Rocinha, the shantytown on Rio’s hillside. The developer makes an erudite defense of their aesthetics, speaking like a high school teacher frowning at someone’s facile complaint that Dante is ugly. You may not like the Xlendi townscape, Portelli says, but it isn’t ugly.

He then goes on to say that his projects and all others in Xlendi essentially filled a plan, a policy made for him and them by others before their time. They never asked to be allowed to build 7-storeys high. They were told they could. There’s a planning document that says he can. Building a 2-storey building in a 7-storey zone is absurd, he says. And, I suppose, we can all see his point.

Elsewhere in the interview, he speaks about his infectious enthusiasm for Ħamrun Spartans FC. He wants to build a football stadium for his club but, his explanation seems to imply, there’s no slot for it in the planning for the area. He would first need to get the planning guys to agree that a football stadium is justified and only after such a thing is provided for in the plans, would he then be able to apply to develop it.

Joseph Portelli confesses to his interviewer he will never have the patience for such a thing. Instead, he is speaking to politicians to short-circuit the entire planning process and be allowed to build a stadium “tomorrow”, “not wait 5 years”.

Where, as in Xlendi, the planning allocation fits his ambitions Joseph Portelli is happy to fit within the rules. When, as in Ħamrun, his ambitions outstrip planning, he wants to get out of the Matrix and change the rules. By speaking to his politician buddies.

He’s not looking for a football pitch and training facility. That’s already considerable land use but life is not lived on apartments alone and I would say such a facility counts for the public good. He’s talking about a stadium that would be a commercial venture that would allow the club to be financially self-sufficient. He also lets slip his scale of self-sufficiency, naming a figure of revenue of some “€6 million or €7 million” a year.

You’d have to ask him, but it sounds like he wants to build something of the scale of Ta’ Qali inside Ħamrun or thereabouts.

National planners cannot just think about the aspirations of one club owner or even one club. If this is going to make sense in Ħamrun, it should somehow make sense in the other clubs of the country, certainly the top-tier clubs like Ħamrun.

Are we going to plan full-scale stadia in Balzan, Birkirkara, Floriana, Gudja, Santa Luċija, and so on?

Does this make planning sense?

Not to mention economic sense. If you strike out the national team, all lower-tier clubs, the grass-roots football, futsal, and nurseries, Joseph Portelli is suggesting that one club – his – would be operating at a yearly turnover of €7 million. Assuming this would be a competitive league where the other premier teams would have comparative value (not some sick fantasy where the Labour Party wins every election and Ħamrun Spartans win every football league and Joseph Portelli wins every planning application for any tower it suits his fancy to build, for eternity) he’s talking of a football league worth around €80 million a year in today’s money.

Is this feasible and sustainable? I’m not saying I know it isn’t. But if in a country the size of ours you’re going to allow 12 behemoths on the scale of Ta’ Qali to sprout up and down the landscape, you’d better be bloody sure that this is going to generate sustainable jobs and economic benefit. We have enough white elephants as it is.

That’s why we should have planning first, permitting later. That’s why conversations between enthusiastic rags to riches barons and myopic politicians should not be the place where the landscape to be grafted on this country for centuries ahead is designed, for want of a much more appropriately destructive verb.

And can the development of huge facilities be written around the ambitions and desires of those who decide they want them? Why then not have a race track in Ħamrun? There are many who want one of those. Why not indoor swimming pools for the aquatic clubs to practice year-round? Not just in Tal-Qroqq and Victoria but one each for every neighbourhood. Why not a skate park in every town, and a shooting range, a skating-rink, a gymnasium for karate, and on, and on, and on?

These are all noble ambitions but we’re supposed to have planners to prioritise, rationalise, and allocate space for use in proportion not merely to desire and ambition but resources and space limitations.

Some of us have passions and desires that will never have the potential of generating €6 million in yearly revenue to excite the interest of the wealthiest and most powerful in the country. We too have lives and interests, not to mention rights. But we do not have the sort of access to ministers that Joseph Portelli boasts.

He feels entitled to it. He’s not embarrassed by any of it and speaks of it in an interview.

And he’s not afraid of jeopardising his power and influence by being so blaze about it, either. On the contrary, in another part of the interview, he answers the question everybody groans whenever a fresh crane is erected on our landscape, and dust blows from some new cavern dug 100 feet out of a hole next door, “how long will all this construction go on for?”

It really didn’t feel like it would need so long to deface a country the size of ours. But there must be a reason why our ambition and imagination are so limited as to never sit atop a construction site 400 feet about the ground speaking gleefully of our appetite.

For some, claiming they would go on with what they’re doing for as long as they live would be as much hubris as they would dare. The moneyed-gods of our time promise to stick around to make sure our great-great-grandchildren thank them for their asthma.