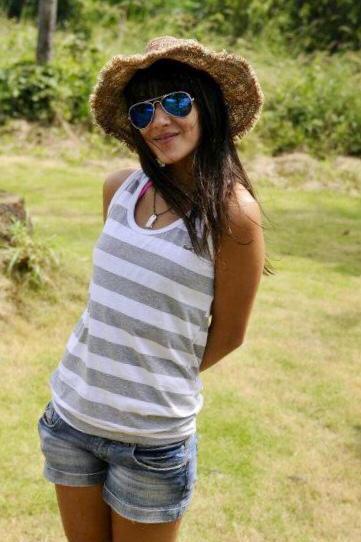 The crisis in the prison has now been “politicised”. I use that word with the meaning it has acquired in the local context which is not what the word properly means. An event in Malta is said to be “politicised” the moment it becomes impossible to persuade anyone to change an opinion they feel is owed to their political party.

Everything is political, particularly the death of a person in the custody of the state. ‘Political’ would make it a matter of national policy, debate, even controversy. ‘Politicised’ means the debate is over. The deafening shouting starts instead.

We can be unanimous about some issues as long as political parties do not pick them up with contrasting attitudes. A traffic pile-up or a factory fire where people die can “bring us together as a nation” as the discourse of large funerals puts it. The moment there’s any suggestion that the incidents and the deaths may be at least partly caused by policy failure or administrative negligence, it then becomes for government supporters a matter of blaming the victims.

The issue of prison deaths should have been on our agenda for years. I take no particular pride in having brought up the matter some time ago now. I too was much later than I should have been. I followed where others far more conscientious than I have spoken for years, albeit largely ignored.

I too am not immune from the prejudice that comes with the stigmatisation of prisoners. If these had been suicides in a school, I’d have jumped on the issue far sooner.

I remember questioning Alex Dalli, the prison director, about two cases I was familiar with of prisoners who killed themselves under his watch. One was a man serving a life sentence for killing four people in cold blood in a killing spree of unconnected homicides. The other was of a man who had stabbed his victim, his partner, several times with a screwdriver.

Whatever we might say about our civilising nature, it is hard even for the most enlightened, to feel the need to speak on behalf of people who have harmed others so cruelly.

I learned how and why it must be done by speaking to people whose profession it is to work with prisoners, whose job is not to punish, but to protect, to nurse, to feed and clothe, to educate, and to reform people in their care while they’re serving the punishment due process has decided they deserve.

The suicide of Kim Borg, the last so far in a long list of suicides in prison, changed the gear on the issue. Her family’s account of the brutality and sadism she suffered, giving up on life three weeks before she was due to be released, attracted interest because this was the story of a young woman, trapped in a circle of addiction and, even if perhaps this is an oversimplification, in punishment for largely victimless crimes.

Her death ignited fresh interest in prison conditions, and a new debate about the appropriateness of prison as punishment for certain crimes is likely to follow.

For years up to the emergence of the youthful and very much alive Kim Borg, the government ignored criticism of its policies for the prison. The prison director brushed off all suggestions that he is a power-mad sadist. I say brushed off. I should say he took that criticism as fulsome praise.

They were rightly confident that people are not going to lose sleep over someone killing themselves while serving a life sentence for multiple murders and, as they see it, saving the public purse the cost of his lodging and board for the rest of his natural years.

With Kim Borg, things are proving a bit more politically complicated for the government. She represents the other 12 suicides and the suffering of many who are still alive but wishing they weren’t. That’s not just because she’s the most recent to die. She represents the 12 that died before her because unlike most of them she’s a reminder that anyone, anybody’s daughter or sister, could find themselves trapped on a path to oblivion.

Things may be politically complicated for the government, but it does not mean the government has any intention of adapting its policies to some change in public sentiment.

Like proper fascists entirely confident of the hold they have on the majority’s view, they see us, critics, as lily-livered, bleeding-hearted, self-righteous liberals, utterly incapable of persuading a silent majority of their looney views.

Someone wrote on Facebook in an angry response to Kim Borg’s father’s decision to sue the government for the death of his daughter, that he, instead, should be sued by the state for raising a bad daughter.

The fact is, if a change in prison is not going to come about by policy shifts led by the government, the only thing that can force change will be action in courts, to try to get the judiciary to impose the application of fundamental human rights on this black hole of our administration.

Kim Borg’s father is, in his immeasurable grief, giving the country a service, forcing the courts to examine the reality that some of us journalists have been writing about with little real-world impact to speak of.

Some of the comments addressed to Kim Borg’s family or to critics of the government are the product of evil thinking and autonomous cruelty perpetrated by people utterly bereft of compassion for other human beings. But many are trolls sent out on a political mission by the government party.

You can see the methodology, as predictable as the sunrise. Mealy-mouthed, equivocating remarks by the minister loaded with innuendo and irrelevant political implication. News coverage by the government-controlled media intended to discredit and isolate the victims and their supporters. Blog posts from willing accomplices grounded in ideological hatred of the vulnerable in the society like Simon Mercieca’s. And trolls. Mountains of angry pitch-fork-laden voices accusing Kim Borg of dying to make their beloved political party look bad.

As if anything like that could have been anywhere near her long-tortured mind.

You’ve seen it all before, of course. Daphne Caruana Galizia was no prisoner. She had no crimes on her record. That never stopped the government’s tools to invent ones, to slander her, and to seek to destroy the memory of her even after she was killed.

The significance of Kim Borg’s death is of course, in many respects, different from Daphne Caruana Galizia’s. This was not a woman who had been fighting for democracy in civilian clothes and killed for it.

But in some other respects, it is similar. Like Miriam Pace’s death had been similar. Miriam Pace became a symbol of all the innocent victims of abusive construction, itself the product of the abusive and criminal relationship between business and political power.

Kim Borg is becoming a symbol of all the innocent victims of the contempt for human rights and the sadistic abuse of people in the custody of the state. Kim Borg was not innocent of the crimes she was convicted for. All suicides were in prison because of their faults. But none of them committed crimes that under our laws earned them their killing. And yet they were killed.

The authorities assure us that secret and isolated inquiries are contrary to our suspicions. But given the culture of fear, violence, and intimidation that Alex Dalli so proudly expounds as the management philosophy of his prison administration, we cannot help suspect some of these suicides were unprevented when they could have been, some may have been provoked, some induced, some, perhaps, assisted.

Suppressing free speech, failing to protect the weak in our society from the greed of the wealthy, and denying people in the custody of the state the basic dignity of their human existence, are three faces of the same evil at the heart of our government. Daphne Caruana Galizia’s, Miriam Pace’s, and now Kim Borg’s are the faces looking back.

The support the government enjoys by the silent and not-so-silent majority of this country is an indictment of us all. Yes, of us critics as well. Because every day we fail to let our country know these women did not just die.