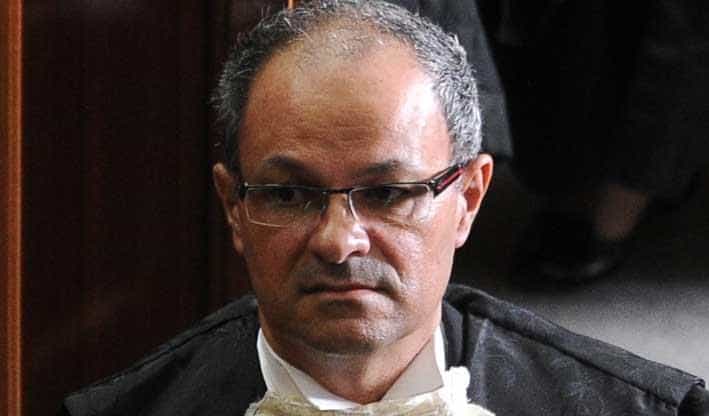 That must be awkward. The judgement he’s most known for is the one when he accepted an appeal by the Panama Gang against an order of a lower court to start an in genere inquiry on the back of Simon Busuttil’s argument that the Panama Papers gave enough indications of the existence of a crime to justify a proper investigation.

Giovanni Grixti quashed the order of the lower court saying that Simon Busuttil had not proven the crime and that he relied on press reports for his accusations that amount to no more than speculation.

The decision was nothing short of stunning. By his measure only crimes that were already proven beforehand could be the subject of a magisterial inquiry. Quite how an inquiry into something that has already been proven would be of any use is anyone’s guess. Frankly, if Simon Busuttil could already prove the guilt of the members of the Panama Gang, the guilty (for so they would be) could be sent straight to jail, do not pass go, do not collect £200.

Fortunately, nobody took Judge Grixti’s decision seriously. Certainly not other magistrates who ignored Giovanni Grixti’s judicial wisdom and proceeded to order other inquiries following requests made on the same substantive basis of evidence as the complaint by Simon Busuttil that Giovanni Grixti over-ruled. Incidentally, a fresh filing about the Panama Papers also led to an inquiry and since then arrests and prosecutions.

Now judges get it wrong like any other human being. It is of some concern of course that one of three judges in the criminal court hearing these cases could so outrightly misunderstand what the law was requiring him to do.

He was displaying the same symptoms of wilful ignorance of the law when he was asked by Yorgen Fenech’s lawyers to grant bail to his client. When his court sat to hear submissions, prosecutors had already filed an indictment against Yorgen Fenech. And the law explicitly says that once an indictment is filed, bail for someone already in preventive custody is out of the question.

It should have been one of those rare things in the life of a judge: a straightforward, self-evident decision. And yet instead of pronouncing the obvious, Judge Grixti went home and decided to sleep over it. The next day he kept everyone guessing.

It shouldn’t matter to him, as a judge, but it sure matters to the rest of the world that the balls Giovanni Grixti was juggling were live grenades. This wasn’t about where Yorgen Fenech was going to have his next meal. This was about a mafia boss with resources and motivation to abscond and witnesses and state officials in eminently understandable fear of him while he’s in prison, let alone if he was out of it with the blessing of the state.

We do not have in our laws, special provisions for the treatment of mafiosi. There was no reason for Giovanni Grixti to give the case of Yorgen Fenech special consideration. All he was supposed to do was look at the law regulating bail and apply it.

Apparently that’s not what he was doing. Apparently he was instead doing something on his phone that just about everybody does but nobody willingly admits. He was following Jason Azzopardi’s Facebook news feed.

Jason Azzopardi’s posting, apparently, was disturbing Giovanni Grixti’s ability to serenely apply the law to the point where he, the judge, filed a complaint one would presume on the back of the same legislative provisions that Yorgen Fenech’s lawyers said Jason Azzopardi (and me) broke the law that day.

Indeed, there is a law against trying to intimidate or force a judge to decide one way or another. Possible scenario where this could happen: you wait outside a judge’s house with a gun in your hand threatening them to shoot their children if they don’t rule in your favour. You can see why that would be illegal.

Posting on Facebook that a judge who kept to himself the purchase of a yacht he probably should not afford from the father of the person whose unlikely bail request he’s taking too long to consider is probably not what the writers of that specific provision of the criminal code had in mind.

The attorney general and the police certainly agreed. They dismissed Giovanni Grixti’s complaint on the basis of their view that no crime had occurred.

I’m sure that happens all the time. Someone goes to the police to complain their neighbour sings too loud in the shower or that they can smell their farts after too many baked beans and the police patiently let them down by explaining that not everything that is annoying is necessarily illegal and subject to police action.

But in this case they were politely letting down a judge of the criminal court. If Judge Giovanni Grixti of ‘the Panama Papers are just speculation’ fame had any capacity for embarrassment, he’d be hiding somewhere right now. No wonder he felt the heat when Jason Azzopardi bluntly posted two words on his Facebook account in the general direction of the judge: ‘taf tistħi?’