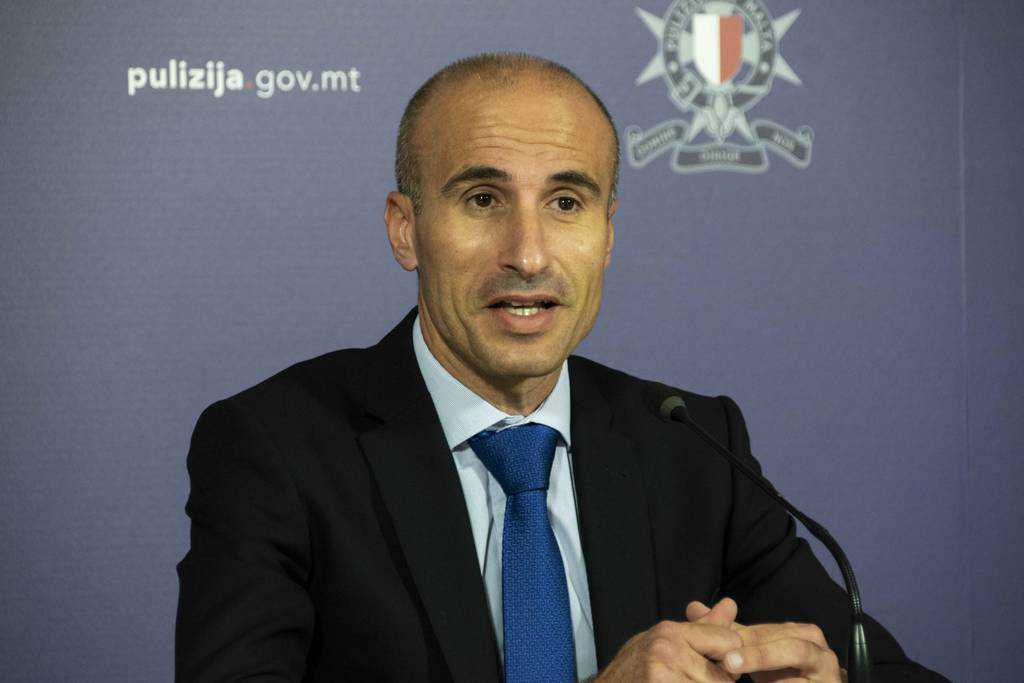 A few days ago I suggested to Joseph Muscat, shamed former prime minister, selected as the most corrupt politician of 2019 and also known as ‘Ix-Xiħ’ to disappear after his feeble attempt to become relevant again.

Today I would like to invite Mr Angelo Gafà, Commissioner of Police, to come into view. It has been over a year now since he was chosen by prime minister Robert Abela to head the Police Force. Yet, apart from the re-branding of the police colours, little was done to bring to justice criminals who have and still are tainting Malta’s name.

Some may argue that he arraigned Keith Schembri for money laundering but that wasn’t his initiative. He was effectively ordered to do so by the inquiring magistrate after concluding the inquiry requested by Simon Busuttil who was mocked by shamed corrupt Joseph Muscat making a show about ‘empty pizza boxes’ to make the herd in front of him clap and laugh.  I still remember him trying to belittle Simon Busuttil in Parliament and telling him that he will be shamed and he will have to leave Malta. In fact, Dr Busuttil did leave Malta but to occupy the post of Secretary General of the EEP group at the European Parliament. It was Joseph Muscat who had to leave the Maltese Parliament in shame.

We learnt that John Dalli, ten years late, will be accused of an attempt by his canvasser Silvio Zammit to ask for a €60 million bribe to help overturn an EU-wide ban on chewing tobacco that is banned outside Sweden. We know that Angelo Gafà was one of the police officers who suggested to former COP John Rizzo that there was enough evidence to charge John Dalli. But that was ten years ago. Joseph Muscat’s first action was to sack John Rizzo so the former EU Commissioner could miraculously overcome his illness in 24 hours and travel to Malta. Now hopefully it will not take another ten years for the police to prosecute this case. They still have to conclude Silvio Zammit’s case that started all those years ago.

Up to you, Mr Commissioner.

The Police Commissioner also, a year later than he promised, arraigned Pilatus Bank and one official on money laundering. But again that came after the conclusion of a magisterial inquiry and after the FIAU handed the bank a fine of €5 million. But then again, this was too late and too little. Has the Commissioner of Police looked into the circumstances of the decision issued by Alfred Zammit, acting FIAU director who in 2016 wrote that “the shortcomings that had been identified and communicated in our letter of 17 May 2016, no longer subsist? The FIAU confirms that the issues raised in our letter of the 17 May 2016 are now closed.”  Why hasn’t Antonella Gauci who also worked at the bank not been charged?

Has the Commissioner looked into the conduct of Ian Abdilla and Lawrence Cutajar in the case and what they did or didn’t do with the FIAU reports? Will he take criminal action against the politicians who laundered their money at Pilatus Bank? Will Angelo Gafà argue for whistle-blower status for Jonathan Ferris and Maria Efimova? Will he review the accusations against them for perjury or he will not dare because Joseph Muscat is involved?

Will Angelo Gafà look into former AG Peter Grech’s advice against sealing off Pilatus Bank? In a blog on her Running Commentary published on April 20, 2017, Daphne Caruana Galizia had said evidence of Egrant’s ownership could be found in a safe at the Ta’ Xbiex bank. That same night, Pilatus’ owner Ali Sadr was famously filmed leaving the bank with two suitcases. While this was happening Lawrence Cutajar was eating rabbits in Mġarr.

Later analysis of CCTV footage within the bank by the Egrant inquiry established that Sadr likely took one document out of the bank with him, which was handed to him by the bank’s former chief operating officer, Luis Rivera. Was it the Egrant folder? Has the Police Commissioner looked into that?

Does the Commissioner agree with Robert Abela that the institutions are working and don’t look at faces? If so what is he waiting for to get the job done? The prime minister told him that he can have all the resources required. What is needed now is the will. And we all hope that this is not a half-baked attempt at ticking boxes again. That didn’t get Malta off the FATF grey list the first time round. It won’t work next time either.

Mr Commissioner, up to now you have failed to take concrete action against any politicians accused of corrupt practices and impunity continues to reign unabated. When will you honour your oath?