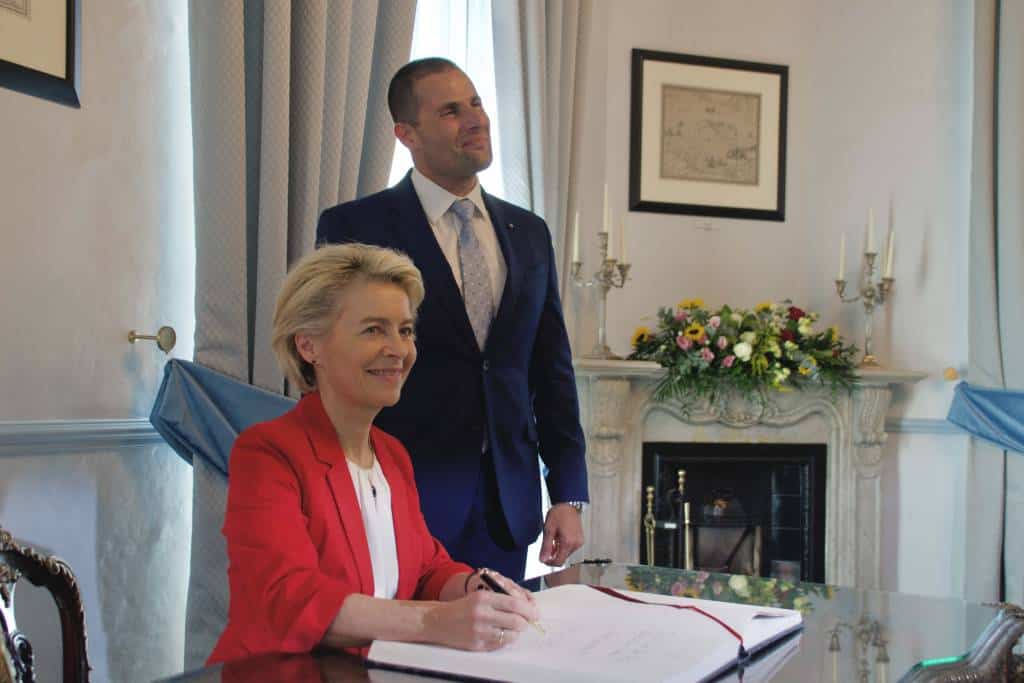 Perhaps like me you’ve sometimes wondered how they manage to do it. Consider Robert Abela yesterday spraying his shorts with that stupid political o face as he received an envelope from EU taxpayers with a cheque for several hundred million euro to help us with the covid recovery.

I know it’s not exactly a new line, but how do they live down the days when they opposed EU membership because we’d only get one million lira in a suitcase like a tip from Pablo Escobar? Labour campaigned vigorously to block membership in the EU describing it as a nightmare prospect. It could have easily gone their way, and it got damned near close. Now they speak as if joining was their idea.

I know it’s old. But these people still throw the slander of the Terinu story from the 1930s to criticise their political opponents. Anything since then is fair game. Vote Labour because interdett in the 1960s, Eddie said he knew who killed Karin Grech, and on the litany goes.

Yet everyone is supposed to trust their judgement after a 25-year campaign to keep us out of Europe.

This is not about them being wrong about Europe though. It’s about their brazen lack of self-awareness and shame. They’re positively and collectively psychopathic.

Consider the same press conference yesterday when Robert Abela announced he was getting a new anti-SLAPP law done. And he got a twittering applause from the EU Commission President for that one.

Was the legal advice to Owen Bonnici that Malta could not have an anti-SLAPP law because the EU Commission wouldn’t let us written by Robert Abela? Perhaps it was, perhaps it wasn’t. But it was wrong as it so obviously turns out. And Robert Abela was definitely prime minister when his justice minister (incredibly still) in office Edward Zammit Lewis in several written statements rejected the idea of an anti-SLAPP law because of what he claimed would be conflicts with our international obligations.

They refused to allow a draft anti-SLAPP bill brought forward by Jason Azzopardi to even be discussed in Parliament. And now they’re drawing up a new one.

In the meantime, I can speak for myself. I’ve been sentenced by a Bulgarian court to pay Christo Georgiev, the rotten bastard and swindler who used to own Satabank, what for me is a hefty sum. I hope the Bulgarian supreme courts overturn that decision on appeal because my own government refused to protect me and I am facing the prospect of paying out a fine that could never have been handed down to me under Maltese law.

I thought all I needed to do was make sure I comply with Maltese law but thanks to the Maltese government the people I write about are now entitled to shop around to find weaker or less press-friendly laws anywhere in the world with which to bash me into silence.

Fair warning to all other Maltese journalists. Robert Abela will leave you alone.

Consider that the financial penalty that has been imposed on me was handed down over a post I wrote commenting after – note please: after – the MFSA froze Satabank’s business because of systemic anti-money laundering failures.

My public service wasn’t even something the Maltese state disagreed with. The MFSA caused more reputational damage to Christo Georgiev than I ever could, but he produced in court his girlfriend to say how distressed she was to read my article about Georgiev’s shady dealings.

As if Robert Abela cares. And yet there he was yesterday beaming proudly about his defence of journalism. T’għajni.

How does he do it?

Many, including myself, repeatedly call on Robert Abela to follow the example of President Ursula von der Leyen and go to Bidnija to pay unqualified tribute to Daphne Caruana Galizia.

At some point you know, when he feels he can afford it, he will. At some point they’ll turn to us and insist we doubt our memory of the last four years and the horror that preceded Daphne’s killing.

Previous:TVM: The Ministry of Truth
Next:The woman who paddled her canoe