This, Mr President, is why people can’t do what you’re asking 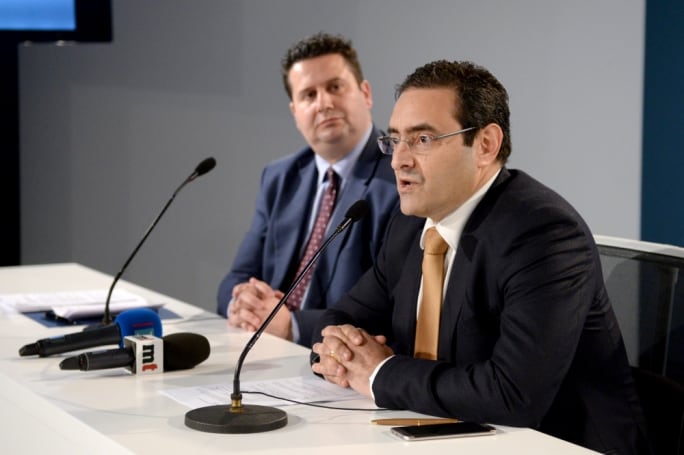 Consider for a moment the reactions by the political parties to the report by the Times of Malta of a company set up by the Labour Party to camouflage donations from Yorgen Fenech as payments for “consultancy”.

Political parties are subjected to a relatively new law regulating the donations they get. They’re not exactly forbidden from receiving huge payments from a single donor, but if they do get donations of considerable size, they have to reveal to the Electoral Commission (and therefore the public) who paid them, when and how much.

The reason for this rule should be obvious. Everyone has the right to use their money to express their opinion by supporting a political party. But if they do that, and their donation is so large as to possibly create an obligation for the receiving political party towards the donor, they must publicly stand by their donation. If they want to stay hidden in the shadows of secrecy it is not their right to free expression they are exercising. They must be presumed to be seeking to use their wealth to wrongfully influence policy or even to secure personally advantageous decisions by that political party when it is able to do so in government.

Today’s story by Jacob Borg shows that a company set up by and for the Labour Party secured a contract with Yorgen Fenech to provide him with €200,00 worth of “consultancy”. This is a phantom service intended to allow the Labour Party to collect a donation of €200,000 from Yorgen Fenech without the obligation of saying where it got it from.

There is reason to believe that both parties for rather smaller numbers issue their donors with invoices raised by their TV stations for advertising. Like those characteristically poorly patronised Italian restaurants in San Ġiljan, they may very well carry some advertising on their stations to make the payment look legit. But the advertising money is not really paying for advertising but using all that to camouflage donations to the owning party.

This payment from Yorgen Fenech appears to have been too big even for that off-the-shelf scheme.

On one level the Labour Party may tell itself and the public it’s done nothing wrong. But it has. It has pissed on the intent of party funding laws, fabricated evidence, drew up a fraudulent contract, and helped Yorgen Fenech to cover up the fact he was paying them €200,000.

All this is aggravated by the fact that we’re talking about Yorgen Fenech who was negotiating with the government formed by the Labour Party so they buy a power station from him. And of course, this is Yorgen Fenech, the man charged with killing Daphne Caruana Galizia for disrupting the execution of his corrupt plans by exposing them.

The PN said the news confirmed how Labour acts as if it’s above the law and this sort of conduct is why we’ve been grey-listed by the FATF. Yep.

Labour retorted that it’s rich for the PN to speak this way because the same Times of Malta report also speaks of references to Pierre (presumed to be Portelli, the PN’s manager when Adrian Delia was the leader) begging Yorgen Fenech for money. Also yep.

The PN came back pointing out that in all the noise it made, Labour never denied the essence of Times of Malta’s story that Labour set up a fake contract to secretly get €200,000 from Yorgen Fenech. Also also yep.

Where does this leave us? Back at the point we were before we heard about any of this.

The details of the story show Labour’s accusations against the PN are just the sort of false equivalencies and tu quoque and whataboutism and everybody-does-it that benefit the criminal when caught red-handed.

My views on the PN begging Yorgen Fenech for anything from a discount on a room rental for a conference, to lunch at Yorgen Fenech’s ranch, to donations of money, are explicit, unambiguous and consistent.

But repeating them to look equidistant from both political parties is just the sort of thing Labour is trying to get out of critics like me. If people see no difference between parties, they give up, thinking, as President George Vella lamented most people do, that all politicians are equally rotten and politics is a trade for the dishonest, like diamond smuggling or bank robbing.

We can’t miss the specific significance of the story of today. What we have here is the Labour Party legislating in Parliament to restrict party finance, designing the same loopholes it will exploit to continue doing just what the new law promises to stop.

This demonstrates just how callously contemptuous the Labour Party is of the public from whom George Vella asks for trust and respect.

No doubt both political parties must address this issue to give us out here some form of reassurance that they are not allowing their poverty to become a market for favours and accumulated debt towards the moneyed-elite of this country. Both of them need to do this. No one is completely innocent.

The solution clearly is a ban or a cap on private donations and state-funding of political parties.

But who is going to believe, after what we learned today, that the Labour Party would comply with a ban on secret funding?

It will take a great leap to believe any promise, any legal change, and any reform authored by the Labour Party when, as this story shows, any such reform in the past has amounted to nothing more than a distraction, prestidigitation while in the backroom, over WhatsApp or at whispered meetings behind closed doors on the fourth floor, they kept letting Yorgen Fenech and donors who have not necessarily ever killed anyone to buy them and by extension, the polity we used to believe was our democracy.

Sadly yes. It’s hard to be optimistic about the future when the present refuses to denounce the crimes of the past.

Previous:For the umpteenth time, how are the Fenechs still in the Casino business?
Next:Political calculus