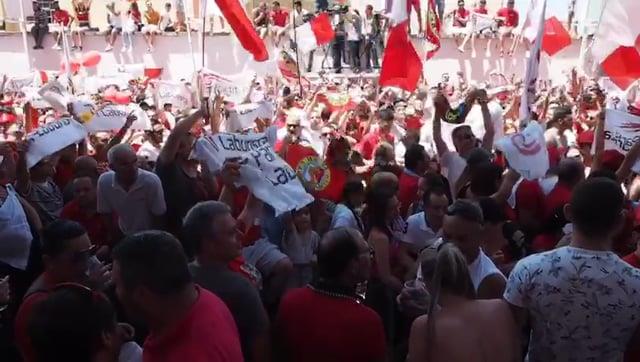 The prime minister says it’s high time to speak about electoral reform. Now he says it. He’s been prime minister since January 2020, an MP since 2017. And the first time he does not merely acknowledge we need reform but earnestly says it is overdue is just a few weeks before the next election, the date of which he is the only person alive to know for certain.

It may not look like that to most people but this is abuse. We seem happy to play along in the forlorn hope that our kidnapper means it when they say they care about us. They will starve us and then expect us to be grateful when they promise juicy steak.

It’s always a good time to debate electoral reform, except when an election is coming. I know change is desirable. I agree it’s overdue. I agree that aspects of our electoral system are at the root of some of our biggest democratic deficits. I am keen on change and I have heard some smart ideas over the years.

But what’s even worse than not reforming our electoral system is approaching a general election with uncertainty about the rules of the game. Contemplating reforms now, in the midst of all the short-term strategizing that goes on, is complete madness. Or worse, part of a smarter plan to undermine what is left of our democracy.

It’s hard to tell the starving to be sceptical about a promise of juice steak.

Consider motor-sport fans. The government is pushing “plans” it has for a race-track. There are billboards vaguely announcing it as if they had a contract for an F1 meet. Plans have been submitted but the government needs to do more to justify such an expense. There should be feasibility studies that show that such a thing would sustain itself for any length of time. But it’s an electoral promise coming from both political parties who are chasing motor-sports fans like suitors in a morality play.

First, the “promise” of a new motor-sport track comes up before every election. The subject may not interest you keenly and you may therefore forget but I find it near incredible that people for whom this sort of thing matters forget the fact that they’ve been promised this before and it did not materialise. When do political parties cry wolf too many times?

A motor-sport track is one of those electoral promises that should never be made. It is not the role of the government to subsidise through land, money, or both, an indulgence that isn’t even a sport that makes you healthier. I know I find that I make more enemies than I need, and perhaps it is rash of me to provoke the ire of petrol heads. But, I’m sorry. This is public money or public land and I can’t see the policy justification for it. If you want to race cars, build the track on your own land and use your money to do it. There are more than enough cars racing on public roads, to begin with.

The government uses the excuse it is funding the project from selling passports as if it has no responsibility to justify the way it’s spent. The laws of the land on public expenditure still apply. Selling passports does not give the government a license to squander the income. But who’s asking?

A motor-sport track is not only wasteful in terms of land use. It is noisy, dirty, and is one notch down from building a coal power station in terms of consistency with dealing with the climate emergency. Such a public initiative would be retrograde, several decades beyond its time. Consider how many trees would need to be planted to offset the carbon footprint of a motor-sport track. In any case, changing the Ħal Far site designated for this folly into a forest would cost far less to build and run than changing it into another stretch of the Coast Road with sensible speeding rules suspended.

There will be time to debate the car racing track. My point here is now is not the time to do that. Now we’re coming up on an election so even the most basic sensibilities you’d expect from political parties – sensitivity to the climate crisis, stakeholder participation, objective land use prioritisation – go out the window in favour of appeasing those who scream loudest.

Election season becomes the time when any sense of proportion is suspended. This is the time to speak about regularising the Armier favelas, or burrow a tunnel between the islands, or burrow enough tunnels all over the country to run a rail network.

We speak about them now because no one seems to have the time or the inclination to challenge what’s on offer, to look under the hood of the shiny car that’s being wheeled out.

We’re excited by the promise of juicy steak from our kidnappers who can’t even feed themselves.

That is what we miss. The contradictions. Clyde Caruana, the Finance Minister, is heralding a new economic dawn for this country, one that doesn’t depend on construction. That is a consummation devoutly to be wished. When the rest of the country was saying we were too dependent on construction, Clyde Caruana cleared decks to import armies of disposable workers from Pakistan and Turkey to fuel the construction industry.

And how can we take seriously the promise of a post-construction economy when it is promised by people who are also promising the build a car racing track?

The same could be asked of Aaron Farrugia’s announcement yesterday of an “investment” of €300,000 being allocated to 11 local councils for “urban greening”. That’s giving 11 Local Councils of the 68 that cover our territory €27,000 each to trim the verges. “Investment” implies he’s expecting some return? What return? A glut of baby roses in April? What miracles will these hedges do when set against the estimated €20 million to build a new car racing track?

Why are we ok with this? Because we can’t think with a gun to our head.