Asking for a stork 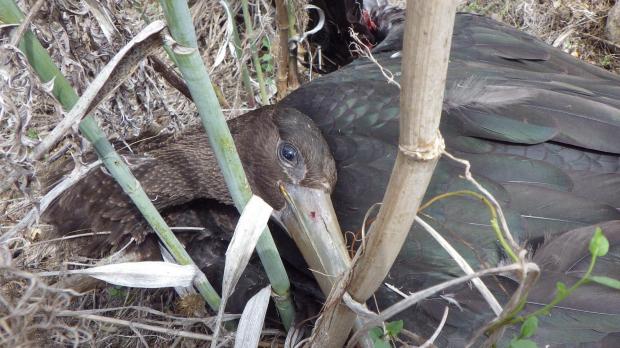 Wild birds are not regulated by our animal welfare laws. We still attribute to them rights. If they are migrating, say, or if they belong to an endangered species, we are not to shoot at them.

This, of course, is not just an argument of rights. In the case of wild birds and the regulation of their shooting, it is also a product of concern for biodiversity, natural conservation, the preservation of species, and just a sense of restraint on the enormous impact our choices have on the rest of the living world.

There’s something else. This is also a matter of the rule of law, or its failure.

Let’s go back to the idea that it is only permissible to shoot wild birds within a given hunting season, using a defined set of weapons for the purpose, and within other limits, as a recognition, qualified as it is, that at least the rest of the time wild birds have a right not to be shot. This is an oversimplification, I grant you, of the nuances of animal rights and laws governing conservation of endangered species, but it should serve the purposes of the argument I want to make.

Consider the case of one Ryan Bonnici who shot a black stork in April 2020. I won’t go into the merits of why the black stork is protected. Those merits were not a consideration that Mr Bonnici is known to have made when he decided to shoot and kill his victim, so they won’t be a consideration for my analysis either.

The fact is that a species is protected when it is felt that there aren’t enough specimens of it to have any confidence it might survive without restrictions on its treatment by humans. But the protection granted to a species is extended to every individual specimen within it.

Ryan Bonnici aimed at a very specific black stork, not at the entire worldwide population of black stork. The law was written to protect just the black stork he shot at.

And he killed a bird the law protects from being killed, at least in the time of year Mr Bonnici killed it.

The law requires that Mr Bonnici is arrested, prosecuted for his crimes, and once convicted duly punished.

He was indeed arrested. But he’s been acquitted. He has not been acquitted because it turned out he did not do the things he was accused of doing but because the prosecution (the police) made no attempt to prove in court what Mr Bonnici had done.

As we know this doesn’t only happen when the victim is a bird. This happens when victims are human too. There are famous examples and there are everyday examples we never hear of. Silvio Valletta accepting payments (in kind, perhaps) from Yorgen Fenech when he should have arrested him and charged him with Daphne Caruana Galizia’s murder is a famous example.

The examples that we know of become famous because victims acquire the means to speak for themselves and to insist that justice is done. That does not mean, as we all know very well, that justice would be done. It does mean that we get to hear that it hasn’t.

But who speaks for the black stork?

It should be automatic that such an abysmal failure to prosecute is investigated and if the prosecution is found to have made, by intent or by neglect, anything less than a rigorous effort to secure justice, then those responsible are held to account.

It is said that the surest sign of civilisation is how we treat the weakest among us. It is also said that civilisation requires justice to be served equally on the powerful as on the weak. Mr Ryan Bonnici held a gun (even though he shouldn’t have). The black stork didn’t. Mr Bonnici went home without consequence. The block stork died.

This is not then, just a matter of species conservation. It is a matter of the rule of law. Or the lack of it.

Previous:When will Labour like PN politicians?
Next:Will no one protect us?