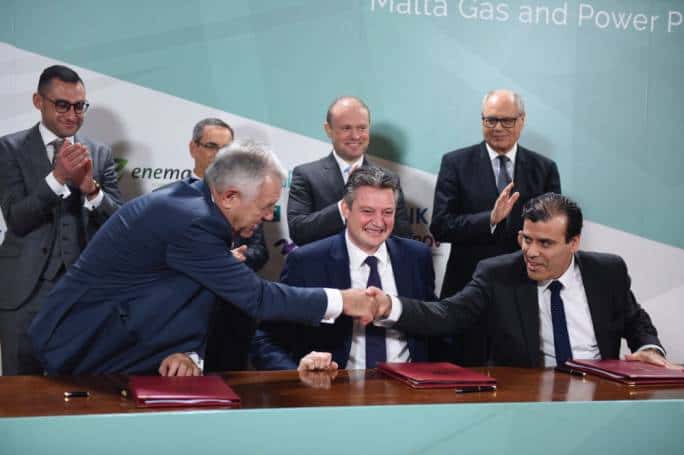 I have extracted the information for this review from Electrogas’s audited financial statements filed with the Malta Business Registry. The Audit was carried out by PricewaterhouseCoopers, and signed by the directors, Rustam Shomurodov and Paul Apap Bologna, on 12 March 2021.

There can be no doubt from the findings I explain in detail in this article that Electrogas’s viability as a going concern is doubtful. My view is that the Maltese shareholders of Electrogas are waiting for a government bailout for something around the figure that has already been publicly mentioned: €450 million. In fact, I recall Paul Apap Bologna stating in response to a question put to him, that if he had the opportunity, he would withdraw from this “bad deal”.

As regards the foreign shareholders and the political exposed persons attached to this project, I am sure that they will do their outmost to keep alive the goose that is laying them golden eggs.

Principal activity: Upon commissioning of the plants in 2017, the company started supplying gas and electricity generated by the company’s facilities, to Malta’s main electricity service provider, Enemalta plc.

Review of the business: 2019 was the second complete year of operations of the company and its three operators namely ESB International for the electricity generation plant, Raganosa Malta for the regasification plant and BUMI Armada as operator of the LNG Floating Storage Unit (FSU).

Outlook for 2020 and 2021: The COVID-19 impact on the company was more significant on the operations than on the financial aspect due to the structure of the company, nature of the supply, and the contractual arrangements in place.

Revenues and cashflows: Due to the nature of the revenue streams of the company, the pandemic did not impact materially the cashflows of the company and any variations were only of a timing nature.

My observation: In note 17 on page 62, the directors state that the company does not suffer any losses from variability in Brent as the main component of gas and energy delivery is a pass-through cost charged in full to the customer, that is, Enemalta.

Capital structure: The company’s capital structure is financed through a mix of external bank debt and subordinated shareholders’ loans aiming for a gearing of 80%.

My observation: It is questionable that Paul Apap Bologna resigned only 8 months after he was appointed.

Emphasis of matter: “We draw attention to Note 28 to these financial statements that describes the manner in which the company addressed the allegations suggesting that there may have been corruption in relation to certain matters relevant to its business. The Company engaged an international legal firm to conduct a review of these allegations. The legal firm concluded that they have not substantiated any of these allegations involving Electrogas Malta Limited. Material uncertainty remains as the review identified sources of information that it did not have access to together with public investigations that remain ongoing. The matter is considered to be of fundamental importance to the understanding of the financial statements due to its nature and significance. Our opinion is not modified in respect of this matter.”

My observation: One must highlight as stated above, that the international legal firm commissioned by the company, did not have access to some sources of information.

My observation: Unless the directors present a cash flow forecast for at least five years, it is not possible to establish whether the company will make any profits, or enough profits to finance its debt obligations.

My observation: One must highlight that unless the company repays annually, at least an amount equivalent to the depreciation of its assets, the shareholders will either have to increase their share capital or contribute more subordinated loans.

The recoverable amount of the property, plant and equipment is determined based on value in use calculations and is assessed annually in view of the recurring losses incurred by the company.

The shareholders’ loans were assigned to EGM Holding following the transfer of the company’s shares to this new intermediary company. The sub-ordinated loan carries interest at the rate of 6% per annum and is treated as quasi-equity for going concern purposes and risk management purposes. This on-balance sheet financial backing covers the reported net liability position of €80.4 million.

Management has identified its commitments as arising out of three main contracts signed between the company and Enemalta, its sole customer, namely the Implementation Agreement, the Power Purchase Agreement, and the Gas Supply Agreement, each for an agreed term of 18 years commencing April 2017.

The four performance obligations identified are:

Additionally, the company views that there are two principal elements in the Contract (i) to make available a fixed amount of energy and gas, and (ii) an agreement for Enemalta to take or pay for, a fixed amount of delivery.

“The directors are of the opinion that these financing levels are sufficient to provide the adequate funding structure needed for the company to maintain the level of capital by reference to its financial obligations and commitments arising from capital and operational requirements.”

My observation: Results seem to prove otherwise. Do the shareholders intend to support the company further once they have already diluted a major part of their subordinated loans? And what about the emphasis of matter made by the auditors as regards going concern?

Trade and other receivables

Assets arising from costs to fulfil a contract amounting to €25,349,558 (2018: €27,010,615), include a charge made by Enemalta in 2014, in respect of various operational matters handled on behalf of the Company, including services rendered in respect of the grant of the development permit and other government approvals required by the project.

My observation: One wonders what these services actually consisted of, particularly the charge in respect of the grant of the development permit.

Provision for losses under ‘take-or-pay’ contract

The company made a provision of €2,493,953, as under the terms of the LNG sale and purchase agreement with SOCAR, the company has a ‘take-or-pay’ commitment requiring the purchase of 14 million MMBtu (Metric Million British Thermal Unit) per annum. By the end of the fixed price period under the contract, the company is expected to be in a deficit position due to lower take-up than contractually agreed. Management consider that the main means of mitigation is through a sale on the LNG market below cost.

The company has entered long-term contractual purchase commitments for the supply of specified minimum quantities of LNG over a period of ten years, which commenced in 2017. The contractual arrangement includes both purchases at fixed prices, as well as purchases whose purchase price is determined by reference to quoted market oil prices and currency rates at the time.

On the other hand, the company has entered into a long-term agreement with Enemalta for the latter to acquire all the power and gas supplied by the company. The terms of the agreement are such that all the company’s exposure to market prices flowing from the agreement with Socar Trading SA will be offset in the same period by cash received from the related sales transactions to Enemalta.

Any credit exposure to Enemalta is mitigated by means of a security of supply agreement, entered with the government to honour Enemalta’ s contractual commitments. In such circumstances, the company would in turn be obliged to continue to supply power and gas to the government in line with the terms set out in the power purchase and gas supply agreements entered into with Enemalta.

My observation: the ultimate loser is always the government, that is the taxpayer. Any talk by government representatives that the government is not forking out any money, is absolutely fake. The government seems to have given a blanket warrant for any losses incurred by any company involved in this highly suspicious Electrogas deal.

“With the appointment of three new Directors in 2019 it was decided to address the ongoing allegations which had been appearing in the press suggesting that there may have been corruption in relation to certain matters relevant to EGM’s business, namely the tender process leading to the award of the Project to the Electrogas consortium, the supply of LNG to EGM, and the floating storage unit (FSU) supplied to EGM. The Board determined to instruct an independent law firm of suitable experience and standing to conduct a legal review of these allegations. EGM engaged White & Case LLP, an international law firm with significant experience in both investigations of corruption and in LNG to power projects, to conduct the review. Forensic Risk Alliance (FRA) – a forensic accounting and data governance specialist – and Wood Mackenzie – an LNG and shipping specialist – were also engaged to support the review.

“White & Case LLP were provided with access to the documents, data and employees of the company and its current shareholders. Representatives from Gasol, the former EGM Shareholder (which is now being liquidated), provided some limited responses, and by email only. The former EGM director from GEM was not available to participate. Based on the information available, the review found the allegations of potential corruption involving EGM were not substantiated, and no adverse findings were noted about EGM, or about any current director or employee of EGM. White & Case LLP did not identify any evidence that the Electrogas consortium benefitted from preferential treatment in the original tender process. As public investigations remain ongoing, there remains material uncertainty as further allegations/information may arise and consideration will be given to assess the impact on EGM, and those charged with the governance, as appropriate.”

My observation: It would have been more appropriate to have conducted the review when the other directors had not yet resigned, as they would have been privier to the important negotiations. However, Paul Apap Bologna should be more aware of the details of the review itself, and the terms of reference agreed upon for the review. Although one director, presumably Yorgen Fenech, was not available for the review, he surely should have been spoken to by the reviewing team, being one of the key players in the whole deal, and particularly the alleged corruption, being the owner of 17 Black.

One should ask the reviewers whether they knew about the existence of 17 Black.

The appointment of experts by the company itself, on serious issues concerning the company, goes against all norms of ethics and independence, whether written or unwritten.

Also, what one would have expected was for the original key shareholder, Gasol, to be unreservedly involved in giving substantiated information to the reviewers. Obviously, given the suspect transfer of shares by Gasol, one is not surprised that this withdrawing shareholder provided only some limited responses and via email, rather than face-to-face.