This morning I wrote about Michael Falzon, the bitter and angry former Nationalist minister who’s all over Facebook because he’s looking forward to a play that mocks Daphne Caruana Galizia. He’s just written an article saying the PN is suffering the consequences of allowing Repubblika to exist.

The line is being repeated like an existential mantra all over Facebook pushed by the Labour Party and picked up by useful Nationalist idiots who think people like One TV and Michael Falzon have the PN’s interest at heart.

A couple of days ago One TV reported – for want of a more suitable verb to describe what they do – that the “negative” “Blue Heroes” (an unfortunate moniker that was one of Jason Azzopardi’s less brilliant PR notions), are still strong within the PN and have garnered some 25% of the PN’s votes.

I won’t bother with the details because I’ve discussed them at length over the past days.

I found this post by one Rene Zammit advising the PN to open its eyes and get rid of the blue heroes, even as they shudder at the use of the term, and, of course, Andrew Borg Cardona (“bla boċċi” is another unhappy PR moment that stuck), Repubblika, and yours truly.

I looked up Rene Zammit. Turns out he was a Labour Party councillor for many years, which is fine, though unlikely to be a reliable source of genuine advice for the PN. 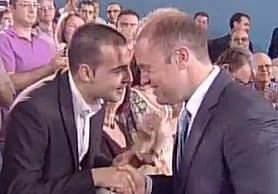 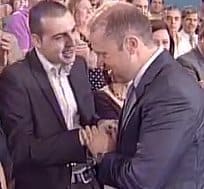 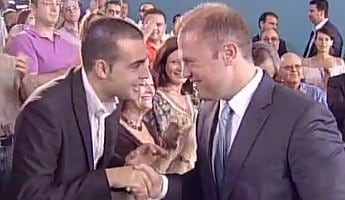 He’s all over LinkedIn and Facebook repeating Vladimir Putin’s line that Ukraine is full of Nazis. He is refuting visual evidence of war crimes and atrocities committed in Ukraine by the Russian army. He is accusing the media reporting from Ukraine of lying.

Here he’s celebrating Victor Orban’s win in Hungary. He speaks about “satanic propaganda” which is Orban-speak for any literature that suggests that homosexuals were human beings. Of course, he’s a homophobe.

Here he’s calling Ursula van der Leyen a witch. Of course, he’s a misogynist. What did you expect?

Frankly, if this guy thinks I am a “klawn imbeċilli li qażżeż ‘l Alla bil-kantaliena tan-negattività” – I fixed the spelling because he can’t write to save his life – I feel better about myself today.

Sometimes the mask falls off and fascists are clearly seen for who they really are.