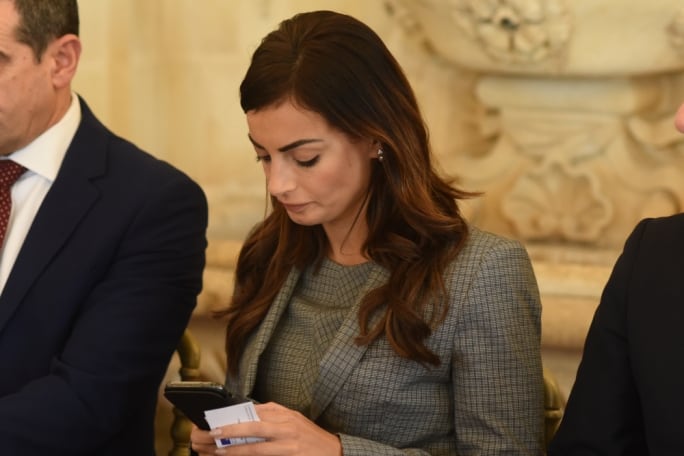 I am as pleased to see Glen Bedingfield and Rosianne Cutajar re-elected to Parliament as I might be after eating a plateful of shards of glass. Actually putting both in the same category is unfair. Glen Bedingfield is nasty, angry, and a propagandist for Joseph Muscat, so it gives me displeasure to see him elected because I dislike him.

Rosianne Cutajar has been found guilty of breaches of Parliamentary ethics, was forced out of government because evidence suggested even worse behaviour, she is unrepetentent, utterly lacking in any form of self-awareness, and insists that her standard of conduct in the past is her guarantee of her behaviour in the future. My dislike doesn’t come into it. She is a disgrace to our Parliament, such as it is.

Rosianne Cutajar, and for that matter, Carmelo Abela, Edward Zammit Lewis, Alex Muscat, and a few others should never even have been presented as Parliamentary candidates by the Labour Party. The fact that Robert Abela left them out of government (we still have to see what he’ll do to Cutajar) shows the contempt with which the Labour Party treats Parliament as an institution.

Certainly, people suspected of collusion with criminals should have no place in government. It is also true that when a prime minister fires an MP from their government during a term of Parliament, they can’t force them out of Parliament as well.

But in a situation where on Saturday a candidate is presented by their party as suitable as an MP and on Monday they are left out of government because the prime minister (the leader of the party who nominated them) thinks they’re too rotten, we reduce Parliament to a club of unemployed, publicly-recognised crooks.

This is convenient for the government, and for those within the government who choose to be corrupt. Because if their parliamentary group in Parliament outside their cabinet colleagues is a club of disgraced crooks, no one is going to keep their conduct in check.

Such is the rotten state of our democracy.

It is true that people elected to Parliament are chosen by people. But they’re also nominated by parties. Parties have a crucial role in the process. Suffice it to say that no one since 1962 has ever been elected to Parliament unless they were presented by either the PL or the PN. That gives parties a burden of responsibility and in this case Labour is as responsible for the election of Rosianne Cutajar, Carmelo Abela, Edward Zammit Lewis, and so on, as much as the poor sods who voted for them.

They’re poor sods because most of the people who voted for these rotten candidates did so because the party they trusted, told them it was fine to do so. Remember this clip of Robert Musumeci telling his audience Rosianne Cutajar “did nothing wrong” when she manifestly did.

This is the people’s choice and this is the party’s choice. And we must suffer the consequences.