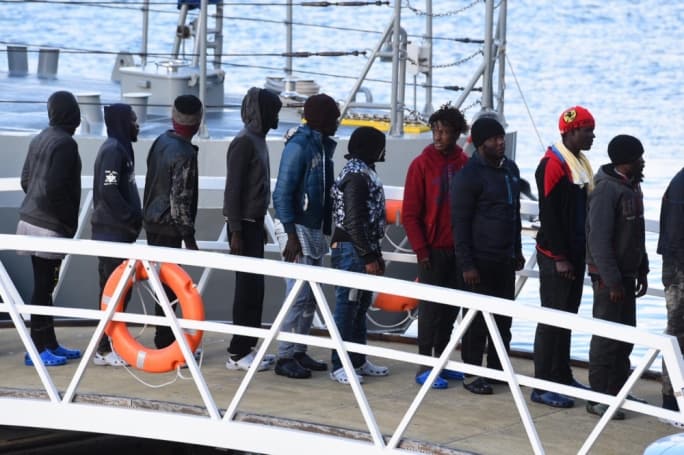 Some of us look upon the people fleeing to our country as cheap – often illegal – labour, others as a nuisance. Many have got used to their presence, generally in some restaurant kitchen, doing the dishes, collecting rubbish, or working – often dangerously – on some building site. Very few actually concern themselves about how these people live, why they have escaped their countries, what they feel about life here. Sadly, not everyone appreciates the fact that these are human beings just like you and me, seeking, like every one of us, a tranquil life for themselves and their families.

A published ‘in-Depth Investigation of the ‘Asylum Seeker’s Battle against Poverty and Social Exclusion in Malta’ was conducted by two NGOs working directly with refugees, the Jesuit Refugee Service and Aditus. The study, which provides much food for thought, was presented at the Valletta Campus of the University of Malta on Wednesday 13 July. The published results and the ensuing discussion laid bare unknown, ignored or forgotten realities that certain groups of people on our islands have to face.

The publication resulted from quantitative and qualitative research that was conducted among the immigrant population, who have been living in our country for at least four years, as well as their providers. It tried to understand the causes and maintaining factors of what puts asylum seekers in poverty and what keeps them there. Asylum seekers are people who have applied for asylum and whose application is still pending. Single permit holders, non-EU nationals who are allowed to reside in Malta on the basis of employment.

The most astounding discovery I made at this conference was the inordinate importance for all migrants to have documents that truly reflect their status. Being undocumented means that one does not have access to many basic rights that you and I take for granted – in particular, to health services, access to education, or even the right to marry. It is not difficult to shift from a documented to an undocumented status – if you become homeless, because there is no address to send the papers to, if your employment licence or work permit has expired or is withdrawn by your employer, if your application for asylum is rejected.

Moreover, asylum seekers from what the law considers to be “safe” countries are not allowed to work for the first nine months of their arrival in Malta. In the eventuality that an asylum application of a person from a “safe” country has been rejected, they are not allowed to work at all, even if they are not returned to their country. This means that they are not entitled to any form of social support. This is literally pushing people into destitution, risk of exploitation, and the consequences that can result from this.

An asylum seeker has the right to work with an employment licence which is issued in the employer’s name and valid for three months, after which it has to be renewed. Single permit holders have a work permit that is renewable every year. De facto, therefore, these workers are bound to their employer – the employer is responsible for the person’s employment licence and its renewal. This makes many potential employers reluctant to take on this burdensome responsibility.

This exposes asylum seekers to exploitation, for fear of losing their employment licence or permit if they speak up against injustice, non-payment of wages or other. In order to change employer, they have to go through a very arduous process. If the employer decides not to renew, the asylum seeker risks remaining without an employment licence, and is therefore unable to work, unless illegally.

This ridiculous state of affairs could be remedied if after some time, a person who has shown that s/he is a responsible worker, could be given the right to manage his/her own employment licence or permit. The current situation has given rise to much abuse – many workers are paid a pithy €2.50 an hour, which certainly does not get them very far when they have to pay rent, water, electricity and food. This, when increase in food prices has gone up by 25% in recent years, and medicines have even registered a 300% increase, according to Caritas figures.

No wonder asylum seekers and migrants are forced to remain in the open centres, or crowd into all sorts of pitiable dwellings that are shamefully proposed to them.

This is all the more shocking when we note that the rise in construction, which is filling many greedy Maltese pockets beyond capacity, is carried out only thanks to these asylum seekers and other migrant workers, who toil every day, often to be shouted at and abused in unacceptable language by Maltese foremen. Living in Sliema, I have witnessed this type of abuse directly all too often, and foul language and threatening gestures were thrown my way when I tried to stop it.

One person, working with YMCA, a migrant himself, reminded us of two very painful things. Some Maltese seem to make distinctions according to the darkness of one’s skin – a seeker’s lighter skin makes it easier to find jobs, and to benefit from less discriminatory behaviour. The darker the skin colour, the more difficult life can become. He reminded his audience that ‘one’s stories live with one forever’. A person who has gone through a desert, undergone torture in Libya, experienced the sea in a crowded raft, seen people die before him/her and is unable to save them, will never forget that experience – it will remain with them for as long as they live. The person also spoke at length of loan sharks, both in Malta and in the home country. Loan sharks in the home country lend money so that these people can emigrate and pay other sharks to transport them across the sea, at very high interest rates. This will practically bind these people to the loan sharks for the rest of their lives. If they do not pay, these loan sharks may kidnap their families, which means that the interest rates become even higher and more impossible to pay. The Maltese loan sharks are eager to make money out of these people’s plight – and a vicious circle is quickly created.

The subject of poverty among asylum seekers – as among Maltese citizens – demands a greater in-depth study and some soul-searching by our authorities for more efficient and humane solutions. Shutting our eyes to people drowning at sea is not a solution. Neither is exploiting them almost as slaves once they have landed on our shores.