Animals sleeping in beds … without sheets

Evarist Bartolo and Owen Bonnici indulged in a bit of inelegant semantic acrobatics when they explained donations they got for their political campaigns from people they appointed on the public payroll to advise them in their Ministerial roles.

This is from Ivan Camilleri’s report in The Times:

“The ministerial code of ethics lays down that: “Ministers should not accept any presents, donations, hospitality or services from anyone which might put him [the minister] in a position to feel obliged towards that person”.

“Both ministers, however, said the code did not apply during an election.”

Wait. Come again? The ministerial code of ethics did not apply during an election? Why not?

Let’s get the facts straight first.

Evarist Bartolo received donations for his personal campaign from his appointee as chairman of the MCAST board and the provider of several consultancy reports his Ministry commissioned by direct order. 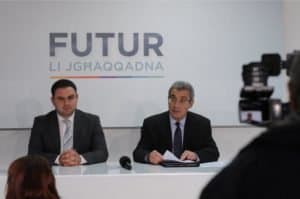 Now Bartolo and Bonnici replied to The Times with identical replies to questions which were asked to them separately. So clearly this is a response coordinated by the prime minister’s office.

They did not, I repeat, did not even attempt to argue that receiving donations from people they appointed to paid public sector positions was not a breach of ethics.

Denying the manifestly self-evident is the daily bread of the government’s communicators but in a rare moment of sobriety, faced by the words of a code of ethics they themselves signed off on after diluting the much stricter code they inherited from the scrupulous Nationalists, they must have felt this denial would have been a step too far.
So instead they fudged it creatively. Yes, they suggested, it would be a breach of ethics on any given Sunday BUT the code of ethics does not count in election time.

No animal shall sleep in a bed … with sheets.

Were Bartolo and Bonnici still ministers during the election campaign? Yes. Were they still paid by the state to exercise their function as ministers? Yes. Are the laws of the land suspended in time of war and election campaigning? No.

Then why is the code that governs the ethics of Ministerial behaviour thrown out of the window. Because, you see, election campaigns are such a time when a code of behaviour preventing conflicts of interest and abuse of power is precisely when it would be most useful to us common citizens.

Think about it. For all we know the only reason these ‘consultants’ were appointed by these ministers was actually for them to hold on to money paid to them by the state in exchange for doing nothing and then launder back the funds to the Minister as donations. These people, obviously supportive of their buddy corrupt politicians, might very well be acting as fronts to legitimise a scam perpetrated ministers using public funds to pay for their own political campaigns.

To be fair for all I know these appointees worked in the national interest beyond the call of duty and contributed to the country way beyond what the country paid them.

For all I will ever know it could be either way.

But that is why codes of ethics exist. Because some things may not be illegal, but are unethical behaviour for people in power, particularly government ministers.

The drafters of the watered down code of ethics that governs Labour ministers were careful to avoid putting the onus and responsibility on ministers not only to behave ethically but also give them the obvious responsibility to avoid any reasonable perception that their interests are conflicted.

The moral obligation of governments to be an example of rectitude and proper behaviour is understood by most reasonable democracies. Read the UK code of ministerial ethics here for an example. That states categorically that “Ministers must ensure that no conflict arises, or could principle reasonably be perceived to arise, between their public duties and their private interests, financial or otherwise.”

Written or not, legal or otherwise, we are left with the eminently reasonable suspicion that Ministers Bartolo and Bonnici paid part of their re-election campaign out of public funds. We are also left with the certainty that this is unethical behaviour unsuitable and inappropriate for holders of public office.

It looks to the rest of us like they are sleeping in beds without sheets.