The EU Medicines Agency bid: how Labour hurt our chances

Government is bidding hard for the relocation of the EU’s Medicines Agency from London – no longer a suitable home for an EU institution after Brexit – to Malta. Parliamentary Secretary Deo Debattista gave The Times some details about the concerns employees at the Agency are raising about Malta and how he might address them.

One concern is about the distance between the Airport and SmartCity. On the map, like anywhere in Malta, it’s not far at all. But the Maltese road network does not join two southern points efficiently unless they’re in a straight line to Marsa. 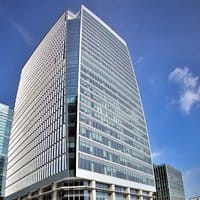 negotiated 10 years ago and the government then undertook to upgrade the road connections including a new 643 metre road connecting Bieb is-Sultan in Ħaż-Żabbar with the Capuchin convent in Kalkara in a relatively straight line.

Since that meant that part of the road would replace agricultural land, the Labour-majority Local Councils of the south went into their usual wrist-slitting mode of oh we so love the environment that we’ll lie on the tracks while the nuclear waste wagon rides over us. They went on TV and at public consultation meetings waxing melodramatic about traffic-induced cancers and child asthma deaths. They wheeled out sympathetic experts who argued that 600 metres of road that would avoid traffic going round in miles of circuitous detours to get to the same spot would be a “total disaster”.

At any rate by the time the PN lost power, the highway connecting the airport roads to SmartCity remained an as yet dishonoured contractual commitment with the developers of the site.

Five years into a Labour administration and the new road is still theory. Deo Debattista’s suggestion he’ll compensate for this by providing a ‘shuttle service’ is empty talk unless by shuttle he means something that can fly across fields and terraces. ‘Shuttle service’ would still have to negotiate their way through roads that lead everywhere but the destination.

And now we see that the consequences of the purely politically motivated posturing of Labour Councils some 6 or 7 years ago might actually prejudice an important initiative of the Labour government now.

Of course if the government does decide to push through the new road project, expect Labour Councils to reverse their tune and take on the government’s case from 7 years ago that infrastructural improvements are the key to environmentally clean and economically sustainable development in the south of the island. After all SmartCity replaced the most environmentally harmful, most heavily polluting, most ecologically damaging economic activity then in the country.

There’s another problem the employees of the Medicines Agency are raising if Malta is to be considered as their new home. Where will their 600 or so children go to school? Here I would love to find out what Deo Debattista is telling them.

For let’s be clear, the great bulk of these children are not looking to join the state primary school of Kalkara. Nor are they likely to be too keen on a church school which they will probably perceive as a mild madrasa.

They will be looking for independent schooling delivered in the English language and with an international outlook. Now anyone trying to enrol their children into Malta’s independent schools (except as new entrants aged 4) will tell you it’s almost impossible to find them any space. A waiting list of 6 means you’re years away from a chance of squeezing in a single child.

Six hundred enrollees (naturally of all sorts of ages) hitting our handful of independent schools at one go is a nightmare scenario.

Nice problem to have of course. But a problem that could prove a show-stopper for this relocation bid. The neglect of our infrastructure over the past 5 years or so has not only impacted the tangibles: roads, bridges and wharves. If they had built the long promised SmartCity road in all this time, their bid would be somewhat stronger.

But planning for educational resourcing and needs has also been practically nonexistent in these pathologically short-sighted Labour glory years.

Whatever winning arguments the government now has to secure the relocation of the Medicines Agency to Malta, it has inherited from the PN administration: EU membership, substantial local knowledge of pharmaceutics and of course SmartCity itself. The objections being raised by these unhappy soon to be former residents of London are matters 5 years of Labour administration should have really done something about and didn’t: very basic issues like how do I get to work and where will my children go to school.

Let’s all hope Labour’s neglect is not consequential enough to lose this important bid.