The Times picked up a government legal notice that announces the President of Malta has been paid 478 euro in arrears after she got a pay rise below inflation rates for this year over the previous one. That’s her yearly weekend break in Sicily paid for then.

Now our President earns the unpresidential sum of 61,700 euro a year to work day and night at being the symbol of our national unity. Officially that is more than most 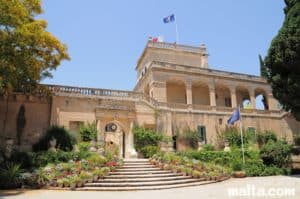 people earn but please look into your conscience and ask yourself, if no one else, if the highest paid functionary of our republic is not grotesquely and embarrassingly underpaid.

Judges too got a raise. “€50,903 for the chief justice, €44,071 for other judges, and €37,361 for magistrates.” Even if you think being a living national symbol is not worth a high salary surely you will agree these figures are insane.

Judges earn in a year what the lawyers arguing in front of them make in a month disputing cases worth much more than all that combined. This is not an automatic cause for corruption but as a nation we do ask for it, don’t we? I am not suggesting the state must enter a bidding war with people intent on corrupting judges. Public service requires sacrifice by definition. But this is simply too much … or rather, too little.

Too many people can’t afford to serve and that is a loss for all of us.

Significantly no adjustment, even if minute, was announced for Ministers and Parliamentarians. It may be because these will be announced separately or because no adjustment has been made. I rather suspect it’s because of the latter.

The people in a position to decide such adjustments are likely not to particularly need them themselves, and the political price of any adjustment is higher than any personal benefit.

We all remember the debacle over the revision of Ministerial salaries during the Gonzi years. Labour exploited the basest politics of envy to the point where the correction of salaries paid to our public administrators was equated in people’s mind with greed and corruption.

This is both stupid and ignorant. Stupid because paying proverbial peanuts to the people we trust to run our country is a false economy and a misguided recruitment of monkeys. Ignorant because there are explicit democratic and constitutional reasons why public administrators are to be paid decent salaries.

Because income of people with the power to decide on our behalf must be transparent and the source of their wealth clear. We should be able to work out clearly what our politicians should be making and instinctively understand there is something wrong when, for example, they are paying for holidays in Dubai that cost as much as they earn for half the year.

Because if the right to contest elections is to be truly open to all: the personal means of candidates should not be relevant.

Because paying a salary creates an explicit relationship of service between the state and its judges and politicians and as it is the state that pays it is explicitly clear who is serving whom. If you want to use socialist rhetoric replace ‘state’ there with ‘people’ and you get the idea. If the payments made to state officials are token honorifics that clear line between servants and the served is blurred and the rest of us are left with an obligation to our servants who as a result own us instead of us owning them.

No one should feel they are doing us a favour for serving in public office. True they no doubt will have much to give up but they should not be asked not to live relatively decently.

We should not be living in a democracy where we’re wondering how they’re making ends meet.