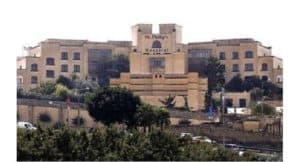 Frank Portelli’s were long known. His St Philip’s Hospital has been out of business for years and he has been trying to flog it to the government since even before it closed its doors. His rather pathetic flip-flop from PN to Labour and there and back again matched the chances he was rating of getting a government to buy it off him. It was a sad spectacle for all to see. And still is as he embarrassingly appears to want to become prime minister so that he can clear his personal debts by signing on both sides of the contract.

The revelations on Adrian Delia are more newsy because until a handful of weeks ago Delia was not a politician and his affairs were pretty much his own. He turns out to own 9% of a company developing apartments in Gozo that is late on its repayments because building the apartments took longer than was planned apparently because they were stuck at MEPA/PA for some time. As a part owner of the company he is party to a debt consolidation agreement with the bank, which debt the partners are hoping to clear as soon as the property is done.

There was another layer which Daphne Caruana Galizia revealed which was that Adrian Delia’s wife, a lawyer in her own right, gave her husband a permanent power of attorney which lets him sign on her behalf contracts and commitments without needing to show he has her specific permission.

Let’s try to break this down, shall we?

The two stories – Portelli’s debts and Delia’s debts – were launched on the blog as effectively one story which presented their aggregate debts as “Adrian Delia and Frank Portelli must owe the banks around €20 million – that’s right, twenty million – between them”. That aggregation, felt a bit like it reported on the debt of a married couple or at least of people in business together.

It started an implied conflation of the two rather different stories.

Yes both men have debts to their name. Yes both of them are running for party leadership. Yes these are stories they should rather not have published about them. Yes both stories are newsworthy and anyone suggesting they should not have been published simply does not understand the meaning of transparency in public life.

Those are the similarities.

The difference between the stories is that Frank Portelli is sole owner of the company that defaulted on a far greater amount for a far longer time than the company Adrian Delia and his wife own 9% of. And clearly since debts are not in and of themselves an ethical problem (I’m careful not to say illegal of course because the benchmark of a person in the position Portelli and Delia want to fill is rather higher than the merely legal) and therefore the scale of the debt is relevant. To stretch that argument no one would blink if any one of them owed a few thousand on their credit card. It is just a matter of scale and whether election to office can bring about a conflict of interest. Through that perspective the stories are different.

Also I am not entirely convinced the fact that Delia holds a power of attorney for his wife is such a shocking complication of the story. My wife held a power of attorney for me for long stretches of time to deal with the simple convenience that I travelled a lot for work. She was not even my wife then. When it was no longer necessary, I withdrew that power. Mrs Delia (Adrian’s, not mine) is a lawyer and we have to assume she is aware of the significance of granting her husband a power of attorney and her right at any time to withdraw it as and when she wishes to.

She also might very well not have the time to sit through hours of watching a notary drone through the details of a contract when she had a very good grasp on the gist of the matter and she could get her husband to take care of his business while she took care of her own.

But there’s one unreported aspect to this story which needs to be taken into account. Adrian Delia has mismanaged an ordinary press situation through an apparent combination of naiveté and unjustified confidence that his undoubted star ability to argue would be enough to let him talk himself out of a sticky situation.

Outside Plato’s Republic where politicians are bred apart from the rest so they can be appointed to office with no property, no debts and no family to raise conflicts and suspicions, anyone who is not a career politician joining the fray at a rather late point in his life has a life history to tell, which history was written when being a politician was not in the plans.

If that history has pages of loot, pillage, rape and murder then obviously there’s nothing to explain. If it has business interests, assets and liabilities, these need to be explained, in detail, because the burden is on the candidate to prove there are no conflicts that may weaken their ability to fulfil the responsibilities of the position they are seeking to fill. 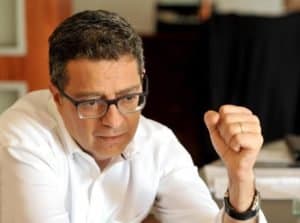 The key therefore is full disclosure. Give the press a detailed dossier of all the facts and make sure that as the better ones of them – Daphne Caruana Galizia being the nonpareil of investigative journalism and should be foremost on your mind – turn every stone there is, all they find is things you’ve already released in your dossier.

I do not understand Adrian Delia’s reluctance to publish everything there is to know and now I should imagine he’s ruing not having done so given that whatever he was seeking to keep private in case he did not get elected and needed to return to private life by September is now public anyway topped with the confusing conflation with Frank Portelli’s real mess.

We saw on Daphne Caruana Galizia’s blog her transcript of her conversation with him on the phone when she confronted him with this story. He appears to have tried to argue his way as he would have in a court of law, obviously in the way he knows best. That just does not cut it in this business. Here you disclose first, answer any question there is for as long as it takes and make sure the air is clear of any doubts before moving on to your own agenda.

Being right, as Adrian Delia no doubt is, is beside the point. For as long as doubt persists, it is going to be an incredibly difficult job for him to be speaking on his noble reasons for submitting himself to this kind of scrutiny. This is a painful reminder of the original objection to people falling onto politics like rain from an unclouded sky. It feels difficult to tell a freshman he should have known better.