Whose privilege is it anyway?

Attorney General Peter Grech has several times since his appointment to his office resorted to the excuse of client privilege to avoid answering questions on information he is privy to as an official of the state.

I am not qualified to dispute the fine detail of the law. There are experts who do that and there is a fascinating debate on social media debating legal grounds to object to Peter Grech’s professional bullet dodging. (See below).

I do believe however that the laws of the land are made to protect me as an average citizen. That gives me the right to express a view which does not presume to be an expert opinion.

I can understand client privilege. If we are to give everyone a right to a fair hearing and therefore the right to legal assistance then a client needs to be comfortable they can confide in their lawyer so they can be given the best possible advice.

I can understand why that happens in criminal law where a fair hearing of a person accused of a crime demands equality of arms between those accusing the individual and those defending him.

To an extent I can understand why client privilege is also needed in a civil context were parties should be entitled to argue their point in the most effective way possible and that requires complete confidence in your lawyer who needs to know everything there is to know in order to prepare your case. Here again equality of arms is needed. Both parties are to be given the same chance of arguing their view in a dispute which needs to be settled fairly.

Now the Attorney General is tasked by the constitution to provide advice to different components of the administration. He advises the police, for example, on whether there are enough grounds in the evidence they have collected to charge and successfully prosecute a suspect. He is known to have done so in the John Dalli case and he is believed to have advised the police to prosecute him. The police have argued that they have decided not to prosecute Dalli for lack of evidence or even lack of grounds to suspect any form of guilt.

So we have two organs of the republic apparently in disagreement on a matter of the prosecution of a crime: a crime that involves a former Cabinet Minister, a former EU Commissioner, and a present advisor of the Prime Minister (so a very powerful person indeed). It is that power that demands even greater transparency than can be expected in any other case of an average Joe.

But when asked to explain what his advice really was, Attorney General Peter Grech said he could not reveal this information because of client privilege. Why? Who is the client?

Because this is where I get confused. Whose privilege really is it? Is it the lawyer’s privilege (like some form of mediaeval prerogative) or is it rather the client’s? Since it manifestly exists to protect the client, surely the client can instruct their lawyer they no longer need to keep secrets.

And which client is the Attorney General receiving instructions from in this case? Whose privileges is he protecting? Is it the Police Commissioner? How are the Police Commissioner’s interests affected by revealing what advice he got from the Attorney General about whether to prosecute a crime, as a functionary of the state, mind you, not in terms of how people discuss him at the water-cooler?

Surely the Attorney General’s advice in this case is not a matter that is part of a dispute in court that will require equality of arms. Equality against who?

If not the Police Commissioner, surely the Attorney General’s client is not John Dalli. So keeping this advice secret is not a protection of Dalli’s privileges. One can confuse the issues and introduce concepts of protecting confidentiality of investigated people on whom insufficient evidence was found to justify prosecution. But that was not Peter Grech’s objection anyway so in this case it must be discarded. In any case the notion that there is a lawyer-client relationship between the Attorney General and a criminal suspect is simply absurd.

All this leads me to ar 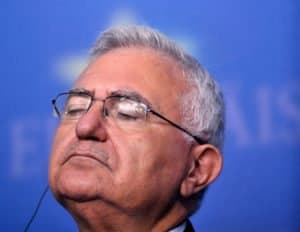 gue either that in exercising this constitutional function the Attorney General has no client as such and therefore there is no one whose privileges need protecting, or, perhaps more symbolically, it is the people who are the Attorney General’s clients (in the American sense of The People vs Manuel Delia) and that therefore a public demand for information from the Attorney General in a case like this should in principle be entertained not refused. 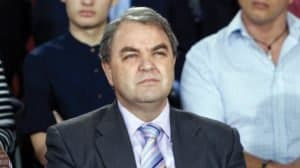 erstand how the Attorney General relates to government as its in house counsel, the standard dodge of client privilege is inexcusable.

Take for example the episode when Peter Grech refused to answer questions as a witness at Parliament’s Public Accounts Committee on the advice he had given the government in the oil procurement investigations.

The official excuse there was that the Attorney General habitually advises the government and the government habitually ignores him. Somehow these are premises that allow the Attorney General to conclude he is not permitted to answer questions on what advice he gave. He was protected in his stubborn refusal in rulings by Speaker Anġlu Farrugia and, as you might expect, by government Ministers who ordered him to remain silent.

This is not what we expect from our government in a modern democracy. We expect transparency and that includes access to the professional advice the political authorities receive before and while they deliberate their decisions. If for example the chief government medical doctor were to advise the government that a number of precautions need to be taken to prevent the outbreak of cholera, a post-disaster parliamentary inquiry into the outbreak of cholera must be given access to the doctor’s advice in order to form an opinion on the government’s decision to ignore him.

Similarly if the AG were to advise the government that, by way of example, an invasion of Pantelleria would be illegal under international law, and the government chose to ignore him, the AG’s advice must simply not remain secret. There are no client privileges to protect here. There are only the basic freedoms of information that are needed for a modern democracy to function. 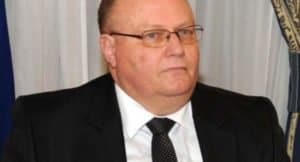 There are greater considerations in play here that the AG is attempting to dodge. Speaker Anġlu Farrugia had said in one of his rulings that Westminster traditionally steered clear from pressing the Attorney General with questions on advice it would have given government.

There are many reasons why that answer no longer cuts it. For starters the role of the British Attorney General has changed massively over the last few decades and quoting precedent is hardly helpful. Secondly we have the guidance of European jurisprudence which is more relevant to our democratic aspirations and which should help us re-interpret the constitutional roles as they currently exist or redefine them where they are no longer relevant to our times.

Read for example this Facebook post by Ken Mifsud Bonnici (and others in the comments beneath) that use more detailed legal arguments in counterpoint to Peter Grech’s ‘I cannot speak’ mantra.