BREAKING: Three public hospitals hypothecated as security for a loan to Vitals

St Luke’s, Karin Grech and Gozo General Hospitals have just been tied up in a hypothec as security for a loan taken out by Vitals from AgriBank plc.

AgriBank plc advertises itself as bank specialised in lending money to British farmers.

Vitals has had financial problems in the last two years to the extent that what little works it started in its supposed “transformation” of the hospitals have long been frozen. The government has openly admitted Vitals is no longer able to sustain any of the commitments it made to government.

This in spite of the fact that the equipment in the hospitals was given to it free, its employees salaries are paid for by the government and the government pays it millions ever day to provide medical care to the public. They appear to have spent close to no money themselves on the hospitals.

Now the company is reported to be passing on to new owners, Steward Medical Care from the United States, who have not yet made themselves available to the Maltese press.

Their entry into the scene appears to be coupled with a 900,000 euro loan from a farming bank which is secured by the three hospitals.

In theory if financial failure continues in this story we may end up with three of our hospital sold by auction by a farming bank.

Here is a copy of the hypothec filed with the public registry. 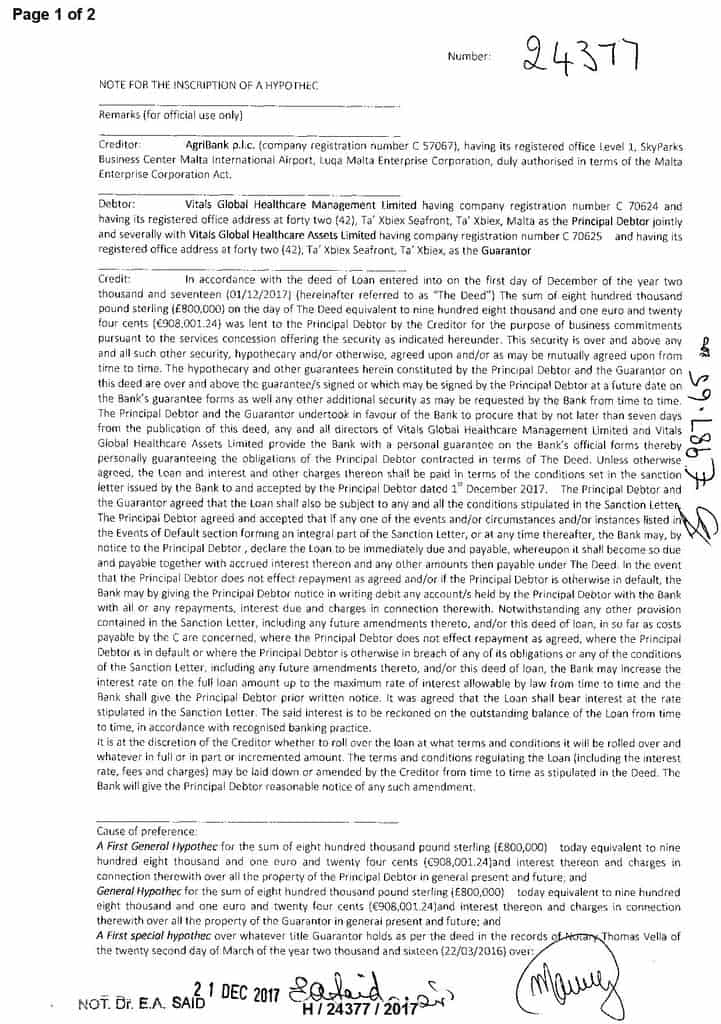 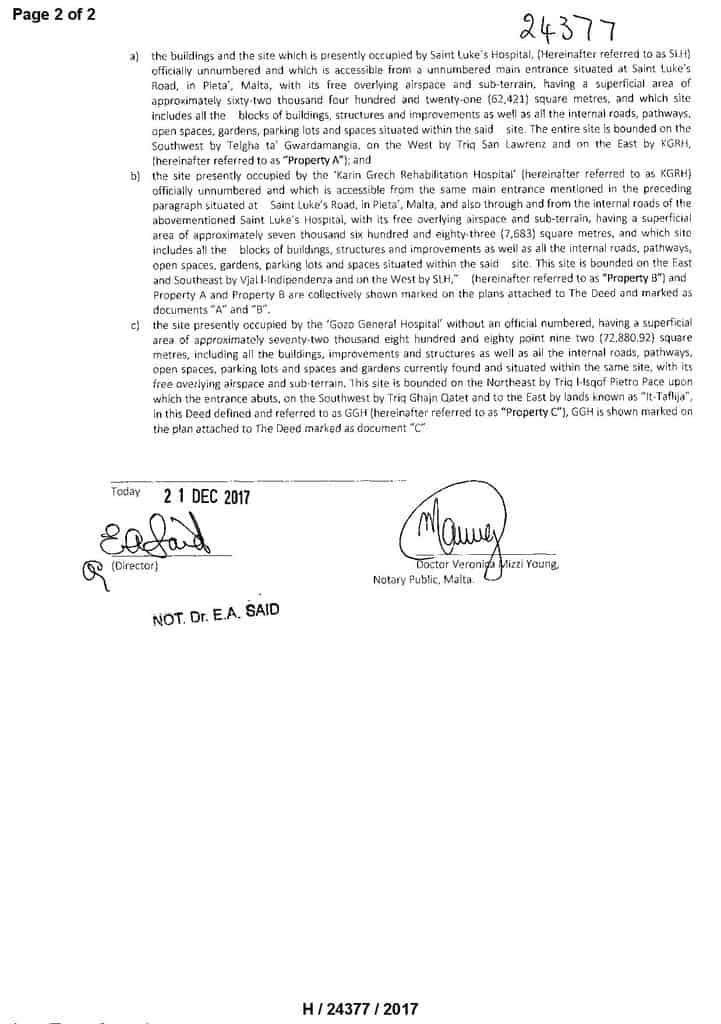