The inequalities of l-aqwa żmien

Look at this post from the realty agents Simon Estates following up on a inews story on people paying 250 euro a month in rent to live in an underground garage.

It’s not that real estate agents are meant to be heartless profiteers without conscience. But one would expect them to be the last to try to stop polishing the shine on the current state of play. Still realty operators are closest to this reality.

Paying 250 euro a month in rent if you’re on a low income in the local context is not a laughing matter. An 800 euro gross salary is not untypical. It is more than the minimum. Paying a third of your take home pay in rent is about what the doctor ordered. If all our economy can give you back for a third of your salary is an underground garage without windows and, presumably, toilets, then these are miserable times for a section of our population.

Then there’s a section that is doing fairly well.

Apartments in St George’s Bay Tower, still a figment of Silvio Debono’s imagination, planned on public land granted at a fraction of its cost in market terms, are already on sale. Floors are listed for between 7 and 9 million euro. This was reported in The Times a couple of days ago.

Someone is meeting these prices. But those willing buyers are not earning a minimum wage; they’re not winning a salary in the employment of someone else in Malta; they are almost certainly not even Maltese or were not born that way at least. 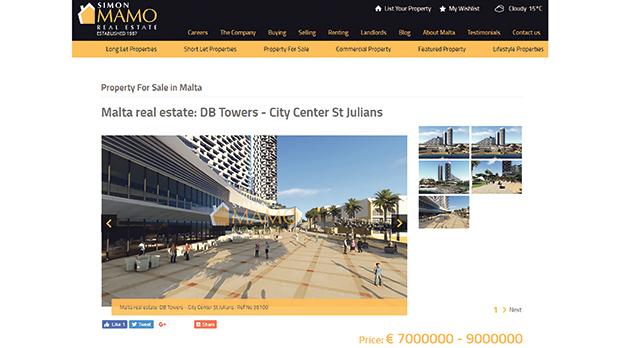 The state is failing in its obligation to ensure that the gap between the richest and the poorest is kept as narrow as possible, that prosperity is shared throughout society, that no one is left to live beneath a minimum standard of decency.

And the state is failing at doing this while squandering its assets at the service of the richest. The public land it owned in St George’s Bay served a public utility by providing schooling and open space. If the government was desperate to change its use it could have considered using that land, within a built up zone and adjacent to existing social housing, to provide more acceptable housing to lower income families.

But that would be inconceivable in this new Malta of towers, cranes, Russian oligarchs and eye-watering wealth where the realities of the people who actually have to live here are now, quite literally, pushed underground.

Tomorrow I’ll be writing some more about this argument in my The Sunday Times column.

Previous:Smile whether you like it or not. The party in Valletta has started.
Next:On tonight’s Valletta programme