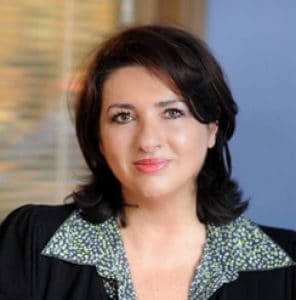 This is such a weird country. Within the same news cycle when the civil rights minister waxes melodramatic in parliament about a junior ombudsman stepping out of line, Tony Zarb warns international journalists to look away from Malta and brands anyone speaking to them – yours truly included – traitors.

And to top it all off the President of Malta complains to ambassadors accredited here that our picture postcard sunshine and soviet progress on the 5 year plan would have been unblemished had not that Daphne gone and have herself blown up.

But, the President assures the ambassadors, Daphne is not really Malta so please don’t get the wrong impression.

Thank you President Coleiro Preca. You can assure the ambassadors the real Malta is Tony Zarb. After all he is so exemplary of the standards that are expected of the Maltese, he is retained after his well-earned retirement as a senior adviser of the government. He is not criticised in Parliament by our civil rights minister because branding government critics traitors and warding off the international press is completely kosher. 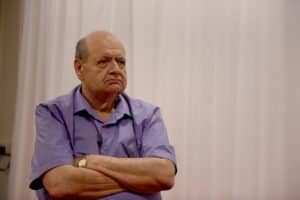 The ambassadors can see that in this Malta occupants of institutions do not know their place.

Helena Dalli can’t be arsed to hold government officials (accountable to her or her colleagues) to account but will demand that officials of autonomous entities are disciplined. Obviously her real concern is the power play. It is ensuring that no public official ever dares to come in her way. It is an opportunity for the executive to continue to crush the Ombudsman.

Marie Louise Coleiro Preca sheds her tears. Not for Daphne, but for the dilution of the propaganda impact of the economic performance of the country. Now how is it the role of the President to publically discuss that? Can you imagine the Queen of England lamenting that the bombing of London buses made the government’s economic forecasts look bad? 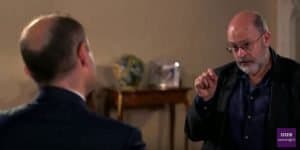 It is all really echoes of Joseph Muscat mourning his own reputation on that interview with the BBC. He asked the world to pity him (he actually used the royal “us”) because after criticising him so harshly in her life Daphne made him look bad by dying. Naughty girl.

I find myself writing what I’ve already written before. The government’s complete misreading of the implications of Daphne’s killing, three months in, has not gone without comment. Yet nothing changed in their attitude. And the world looks on in disbelief.

Daphne did not die to spoil Joseph Muscat’s breakfast or to extract some pathos from Marylouise Coleiro Preca. Daphne died because she was killed. And she was killed because this is Malta and this is what happens here to journalists who ask hard questions.

Few want to come to terms with this reality out of some misguided sense of patriotism. But if we truly love this country we need to admit it is sick before we can start healing it.

Malta is a country where journalists that are critical of the government are killed. Face it. Stop looking away from this ugly truth. Stop having delusions that “it only happened once” so it’s not really typical. Just how many journalists need to die before you think our democracy has a problem? You know what? Our democracy has a problem because you’re still wondering if it does.

The world will continue to shove the simple ugly truth in our face. Especially if we continue to present to the world stage to speak on our behalf that smug, guilty smirk of our passport-selling, artlessly-question-dodging, corruption-covering, greedy, dictator-fondling slime-ball we call prime minister.

I’m not going to line up in front of the victim protection window any time soon.

But let me assure Tony Zarb that the world press has taken note of the fact he — a government senior official — called me and a handful of others a traitor because I dared speak my mind. The world press knows full well what happens to traitors under regimes like Malta’s where journalists are blown up for asking uncomfortable questions. And the world press won’t take their hands off this story just because Tony Zarb asked them to. They’ve seen worse buffoons than him. They’ve interviewed more artful dodgers than Joseph Muscat.