Cut the baby in two 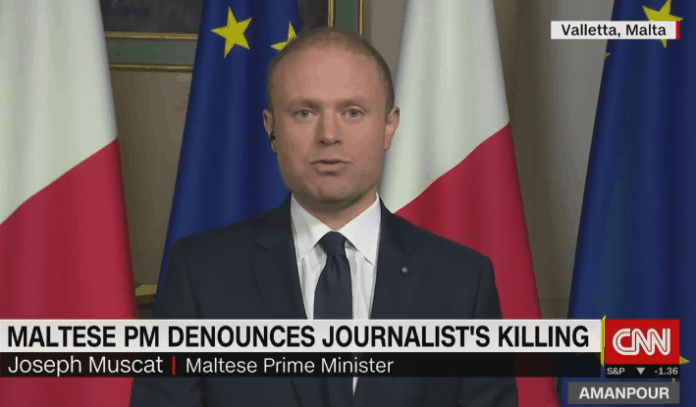 Vengeance is not an acceptable principle for laws of our time. The pursuit of justice seeks restitution not retribution.

Now, specifically regarding posthumous libel laws. They exist to allow people to protect their reputation if they have any to lose. But in libel as in any other law that we would consider acceptable for our times, the right of an individual to seek the liquidation of damages they can prove to have arisen from libel does not extend to a purported right of exacting the satisfaction of punishment.

In arguing, as he did again yesterday, that Daphne’s heirs owe him an apology for what he believes and argues their dead mother has wronged him in her life, the prime minister shows he does not have basic decency, let alone a basic understanding of fairness and justice.

Even without going into the merits of whether he might be right or wrong and assume for the sake of argument that he is basing his position on his genuine conviction that he is right, insisting that Daphne’s sons and husband inherit some form of guilt by association in a universe that is not Hebron of 2,000 BC is completely incomprehensible.

Is he not seeing how bad it looks? Daphne Caruana Galizia was not run over by a bus. She was killed in a car bomb while he was prime minister. Joseph Muscat keeps lamenting how “harshly” she criticised him. He keeps pitying himself over how Daphne dying made him look bad.

So why is he insisting on making things so much worse for himself?

Consider the government’s argument yesterday in response to the Council of Europe that urged him to withdraw libel cases against Daphne Caruana Galizia. Joseph Muscat said the government “could not interfere in, abolish or truncate civil action because it would raise issues on the right to a fair trial under the European Convention of Human Rights”.

The fact is Joseph Muscat does not need to “interfere, abolish or truncate” anything to withdraw his own libel suit against Daphne Caruana Galizia’s heirs. The fact that the law permits him to file the suit doesn’t oblige him to do so. And he doesn’t need the law abolished to withdraw his suit.

Joseph Muscat is not any other person. He is the prime minister. His function is to protect free speech not to intimidate journalists by warning all of us that should we be killed in a car bomb, that won’t be the worst thing that would happen to us: he would also see to it that our children suffer greater consequences than the mere displeasure of our death.

Passing a law that would “interfere, abolish or truncate” the right of some cunt like Silvio Debono in pursuing Daphne’s heirs because when she was still alive Daphne wrote about his business ventures may be a more complex discussion. After all you can’t legislate against crass vindictiveness.

But we have a right to expect basic decency from our governors. It is that moral standard that comes so naturally to the Commissioner for Human Rights and to frankly anyone outside the country to whom you manage to convince that Joseph Muscat is suing Peter, Matthew, Andrew and Paul Caruana Galizia for what Daphne said about him before she was blown up in a car bomb, that Joseph Muscat is altogether bereft of.

They are stout, proud, dignified and gutsy. Chips off the old block.

But that doesn’t mean this is easy.

I think of my own children. I think that they’re entitled to live their life and that if my work were ever to take me away from them, right or wrong, I would not want them to suffer even greater consequences after I’m gone. Take libel out of the picture for a moment. Imagine I were to be caught in some form of fraud – I don’t know, I switch art in a sacristy with fakes and sell the paintings on the black market, to mention a random example. And imagine I die before I face punishment. Should my children, entirely innocent of my crime, be sent to prison in my place?

How ridiculous is that?

Surely even Joseph Muscat realises that. He does. He’s going overboard. Facing the Solomonic judgement of public opinion he’s arguing the baby should be cut in two so he can have his fair share. And we can guess why he’s doing that, can’t we?