The following is Godfrey Leone Ganado’s review of the 2018 annual report of the Malta Financial Services Authority. The report can be downloaded here: MFSA-Annual-Report-2018 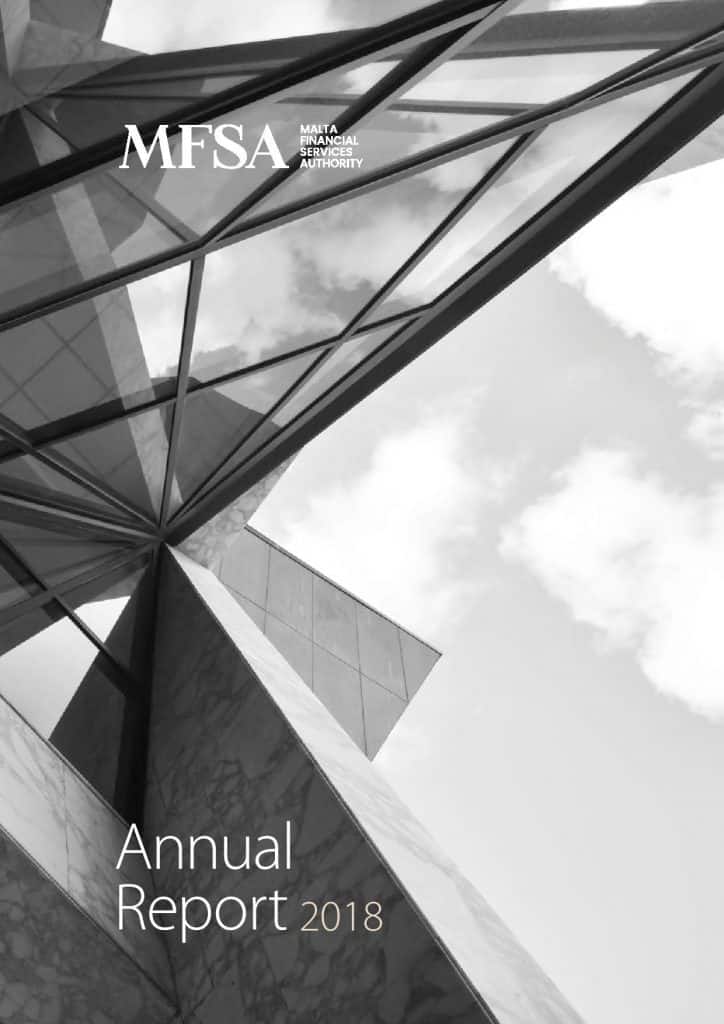 Comment – These comments are highly welcome and are bold and appropriate statements. However, one must point out that the loss of reputation is the biggest challenge facing the financial services industry, and MFSA seem to be looking forward to developing risk-based supervisory practices when the horse has already bolted, and this may be one reason why the expectation of success in 2019, may be rather optimistic. Once reputation is lost, it is very difficult to recover it. Also, the cost and success of turning the Authority into a completely independent Institution, is not just economic, but I would say, primarily political.

In fact, following on the above statements, the Chief Executive, in his Statement on page 11, in paragraphs 4 and 5 states, ‘We are seeking to strengthen our supervisory engagement, with the purpose of achieving our statutory objectives better, and this will, in turn, safeguard the reputation of Malta as a jurisdiction of choice for financial services. Whilst supervisory engagement shall be enhanced across the board, particular emphasis shall be placed on AML/CFT Supervision, in line with our AML/CFT Supervisory Strategy.’

Given that the MFSA is expected by international standards to be operationally independent, we are currently considering launching a consultation process intended to increase authorisation and supervisory fees to reduce dependence on government funding and, in the long run, become fully self-funded’.

Comment – It is pertinent to note that the Chief Executive is conscious, that the only way forward is to run the Authority with independence. This, however, can only be achieved, if Directors and management are not populated with politically appointed persons and, also if, the directors and management, are not only of an independent mind, but also if the supervisory reports they generate are swiftly followed up by Independent Institutions to whom they are addressed, particularly the Police Commissioner and the Attorney General.

It is also very clear that the authority is financially dependent on the Government, and that fees for the market players will have to be increased substantially to achieve economic independence. This also means that our financial services jurisdiction may lose its competitiveness. In fact, this is already being eroded with increasing professional fees and operational fees, such as property rentals for the financial services companies and their expatriate employees.

The main contributors to this loss, are:

Included in the amount for 2018, is a payment for Euro 540k representing a Voluntary Severance Scheme which was offered in 2018 (See Report page 127 note 17). No provision has been made for potential payments to other employees who may be taking up this scheme.

It is also important that transparency is adopted in implementing the scheme, and that those taking up the scheme are not immediately re-employed by some other Government entity.

On 13 April 2017, by virtue of Act No XVl of 2017, Article 45, it has been established that the Authority’s Reserve Fund shall not at any time exceed the equivalent of the operational expenses registered in the preceding financial year as disclosed in the audited financial statements. As a result, a transfer of Euro 11 million to the Reserve Fund took place during 2017.

During 2017, a surplus of Euro 13.4 million was paid to Government in terms of Article 26 of the Malta Financial Services Authority Act, 1988 (Report Page 106, Statement of changes in equity).

In my opinion, this Article needs to be amended, if economic independence is to be truly achieved.

I must also highlight that, if the Authority had to end up with an equivalent or higher loss in 2019, its reserves would be wiped out.

I honestly suspect that, this payment was requested by the government to achieve the desired National Budget Surplus.

If this is the case, this is absolute political irresponsibility on the part of the Prime Minister and the Minister of Finance for not exempting MFSA from making this payment.

It is interesting that, the MFSA like the Government/Finance Minister attributes action against Pilatus Bank to the Authority and states that, ‘Further to the Authority’s proposal to the European Central Bank (ECB) to withdraw the authorisation of Pilatus Bank as a credit institution, The ECB’s Governing Council withdrew the authorisation of the bank with effect from 5 November 2018 (Report page 152)

As far as I am aware, this is incorrect, as it is the ECB which withdrew or forced the MFSA to withdraw the Bank’s operating licence.

The Report also mentions the appointment of a ‘Competent Person’ both for Pilatus Bank and Satabank, to take charge of all the assets of the banks, and to continue carrying on that business until such time as the MFSA may direct.

I must point out that the appointments were made under Article 29 (3) (e) of the Banking Act.

Under the provisions of this Article, the competent person shall submit six monthly reports of his activities and annual accounts of all transactions carried out by him in the performance of his functions, audited by an independent auditor, to the Minister who will place such reports and accounts on the table of the House of Representatives within fifteen days.

In conclusion, on this issue, I must highlight that the Opposition did not, to my knowledge,   raise this issue in Parliament, and I am therefore hoping that the PD representatives will take it up themselves, immediately Parliament reconvenes.