How high is high? 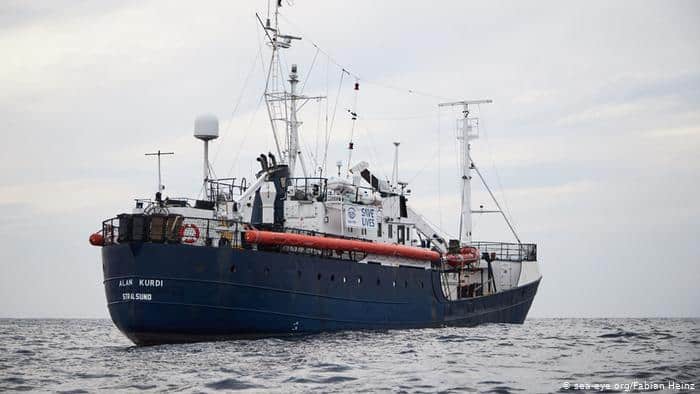 The good news is the last passengers stranded on the Alan Kurdi are being allowed to come ashore. They will be relocated “immediately”, the Maltese government said, though that could mean several months locked up in a hot and wet cage ostensibly for medical tests while the immediate takes its time to materialise.

The way Times of Malta reports it, it seems the Maltese government required the NGO that saved these passengers from certain death — the Sea-Eye — to first agree to withdraw the judicial protest they filed last week calling on the government to live up to its responsibilities.

That’s odd. It suggests the government was being challenged in court with questions it was worried it may not have been able to answer. Was the government legally failing in its obligations by leaving the Alan Kurdi passengers stranded out at sea?

I find the point disturbing for another reason: an earlier report on the issue by Times of Malta.

Sunday night, the newspaper quoted “an AFM spokesperson that they were ‘following instructions from higher up’ in declining to rescue the eight people that remained aboard the Alan Kurdi.”

Now that’s very odd. The army distancing itself from civilian orders it is given is no small thing.

Has the army been advised it is breaking the law when it approaches a boat out at sea to save some passengers because they’re suicidal and to refuse the pleas of the rest of the passengers to be brought to land merely because they haven’t yet tried to off themselves?

The AFM should be saying if it has sought legal advice on its behaviour in the last few days and what that advice has been.

I have a feeling something more happened this time than Joseph Muscat getting through on the phone to some other government who agreed to take on the last 5 rescued passengers moments before they drown themselves.