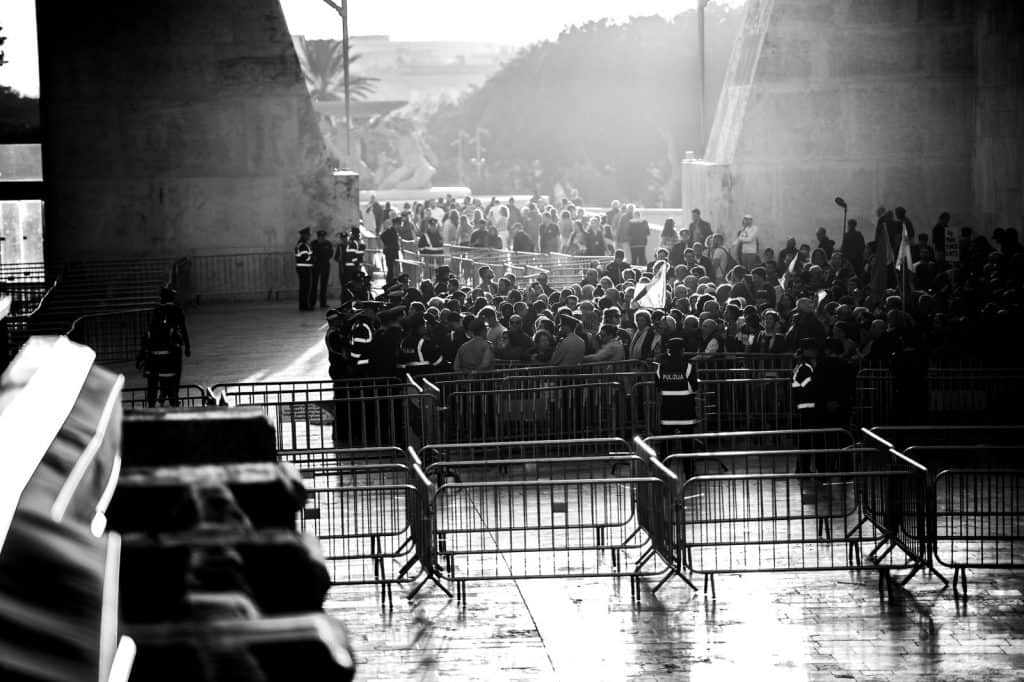 Practice what you preach, will you?

As parents, we preach endlessly to our children how to handle a bully. Tell someone, get help, stand up for yourself. We try to show kindness, to respect, to help others, to value life, to follow basic rules of conduct and behaviour. In the hope that someday our children will take these values and be responsible human beings.  And yet people in Malta, (who will be the first in line for the holy communion on Sunday) stood and clapped and sang praise to the biggest kind of bully two days ago in Ħamrun.

They did so for someone who has been possibly stealing from their very pockets, raping their own country while they smile because they cannot differentiate between their tribal colour and that of their nation.  They cannot distinguish between right and wrong. How the commandments of your religion are forgotten so quickly for personal gain?  How many apples and bread rolls did Mr Mizzi hand out yesterday?

A mother of 3 has been blown up for standing up to a bully. The very horror of that is being outweighed by petty party politics. I am not a Nationalist or a Labourite. In fact like most of the people keeping this country afloat, I’m not even Maltese. (I can already hear the “fuck off to your own country” chants).

Joseph Muscat didn’t invent corruption, he merely excelled at it. It’s an ingrained part of the Maltese way. Back handers, excessive commissions, jobs for the pals, turning a blind eye for a price is how the business has been done on this rock for years and years. But what hasn’t been done for years is the killing of mothers for standing up to a bully.

I have stood in the crowds next to Nationalist, Labourites, people from all corners of the globe who have made Malta their home. They have invested their money and their lives in this country. And I’m not talking about tax dodgers and those golden passport holders.  We are demonstrating not because Joseph Muscat has lost the run of himself.  But because we are standing up for the very thing, we teach our kids. We want them to live in a society where you can call people out for doing wrong. For beating you up, for stealing from you and for killing your mum as tragic as that is.

No matter what team you’re playing for, what tribe you follow or what your personal political or religious beliefs might be.  You always take responsibility for your actions. Bullies cannot win. A person’s life, a mother’s life is something to be valued. Three boys are without their mother, the most important influencer in their lives. And despite your village feasts and pontificating on altars and god-bless-you’s, a large number of you chanted for the people behind it. Seriously any moral compass?

For once, put down your tribal colours and stand as a nation. These demonstrations are full of people with no political agenda in being there, we cannot even vote. Don’t be stirred by the propaganda of Labour and Nationalist ideologies and traditions. Show your children by example that life is important, that if someone bullies them no matter their age, colour or creed, the system will work for the greater good.

Lead by example, the world is not the only one watching, your children and grandchildren are.