Owen Bonnici will be remembered as the Grima Wormtounge of this story. If you’re not a Tolkien reader, you’ll think of Squealer in Animal Farm. Or if you’re of the Harry Potter generation Peter Pettigrew.  There’s been one like him since the myth of Gilgamesh.

He has allowed himself to be used by whom he acknowledged was the source of his importance. He justified Joseph Muscat’s regime to the international press, to international organisations, to our European partners and to his supporters sitting on benches in Great Siege Square. Right up till today he still is. Incredibly.

As the metaphorical artillery fire rings outside the windows of this collapsing regime, he thinks its fireworks celebrating it. 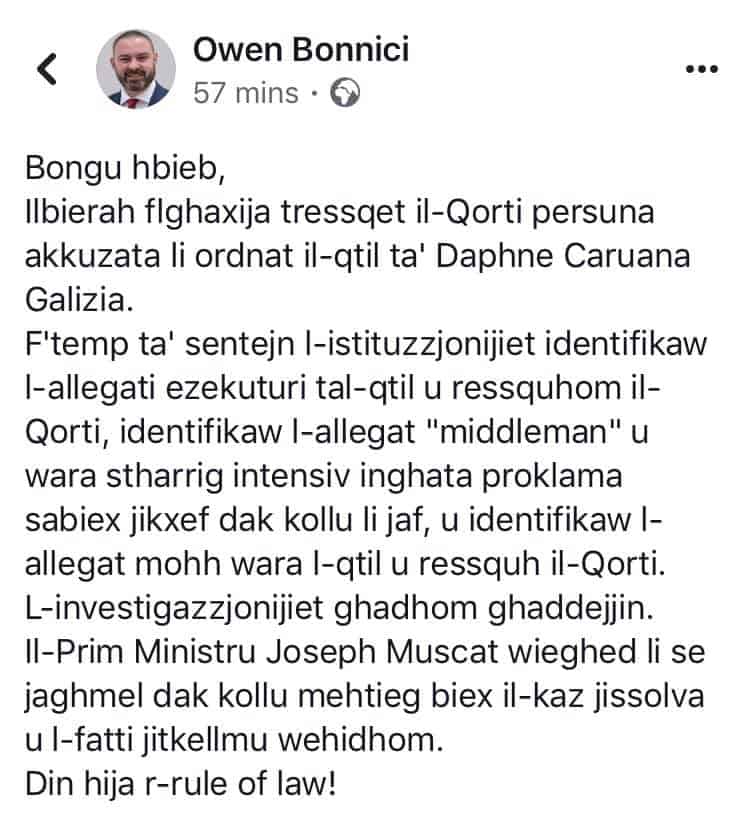 Previous:When Miriam Dalli said “Konrad Mizzi never harmed the country” unlike the rest of us who said he was corrupt
Next:For the family album