Freedom of the City

In the iron curtain hyperbole of Mintoff’s time, the space cleared in the 1960s just inside of Valletta’s landward gate, was named “Misraħ il-Ħelsien” or ‘Freedom Square’. That space, a grotty carpark just in the front hall of the town, was replaced with Renzo Piano’s parliament building. 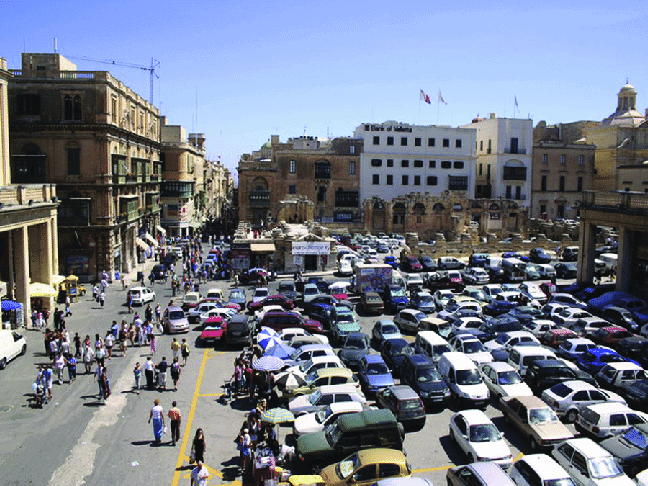 The architect said at the time that his building would reflect the strength and ashlar severity of Valletta’s character reinterpreted for our democratic times. The building would be made of stone, imperious like the nearby bastions. But it would float lightly above the square. At street level the building would be transparent and the space would remain open for people to roam about. If parliament would meet in a new palace of liberty, it would hover over ‘Freedom Square’. 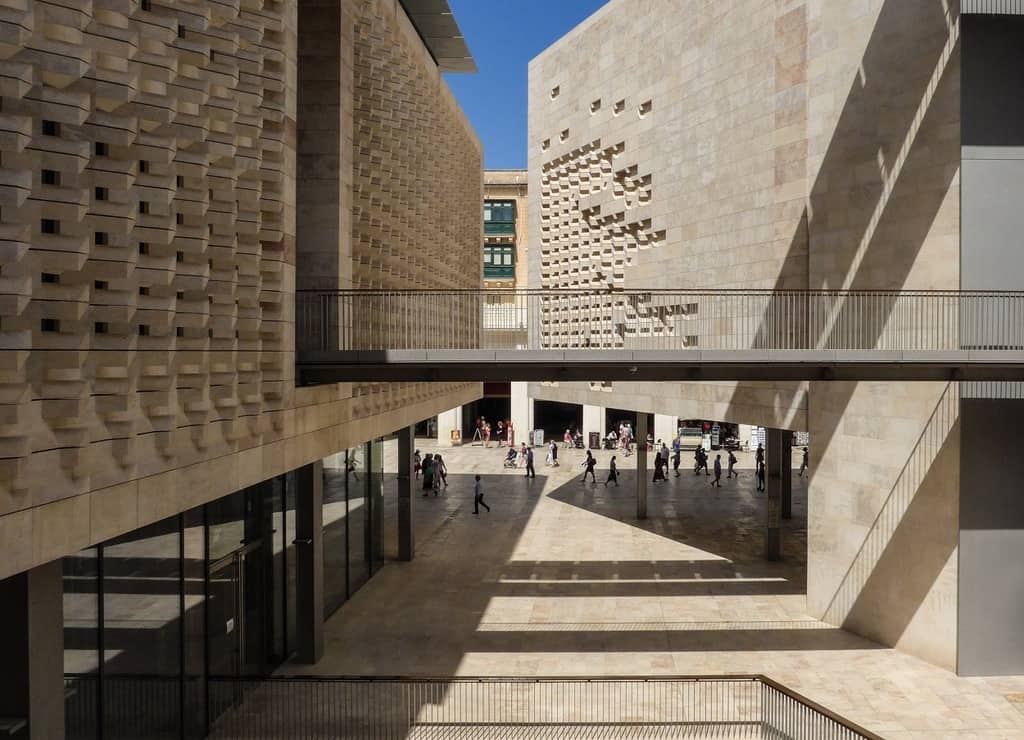 The romantic notion was lost on our Parliamentarians. The entire perimeter of the Parliamentary building is blocked off with barriers that are designed to be temporary and removable but are left to block any pedestrian access to the square on a permanent basis. 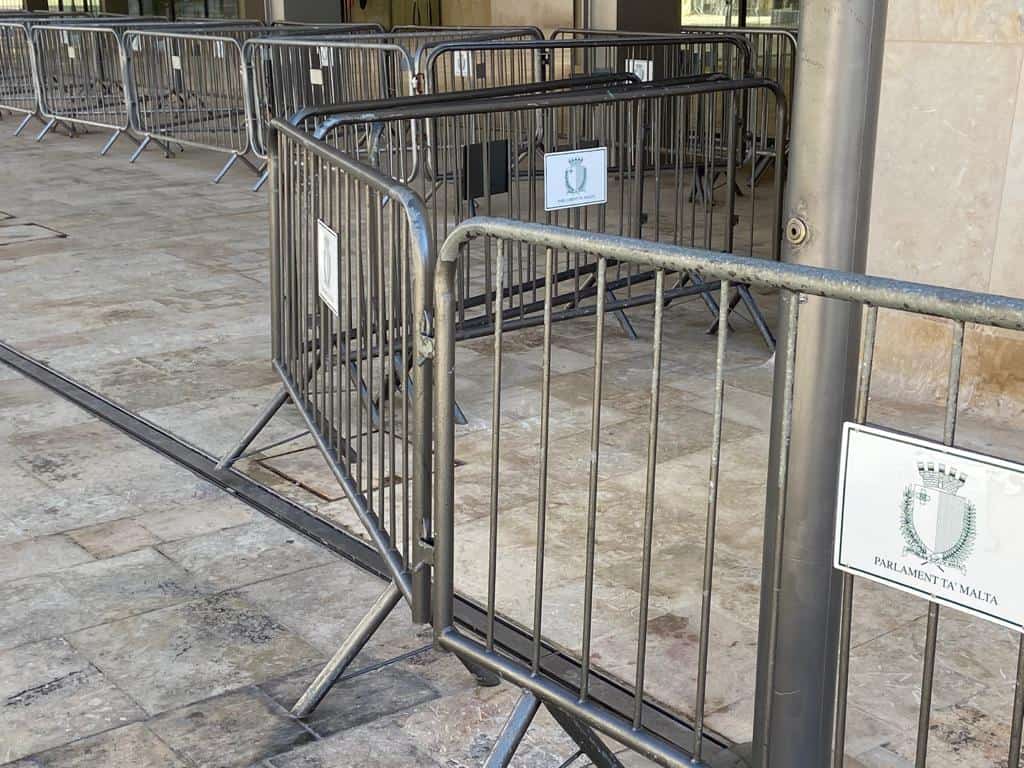 The barriers are not put there by the police, which would suggest some objective security requirement. There is no threat whatsoever to Parliament or Parliamentarians. 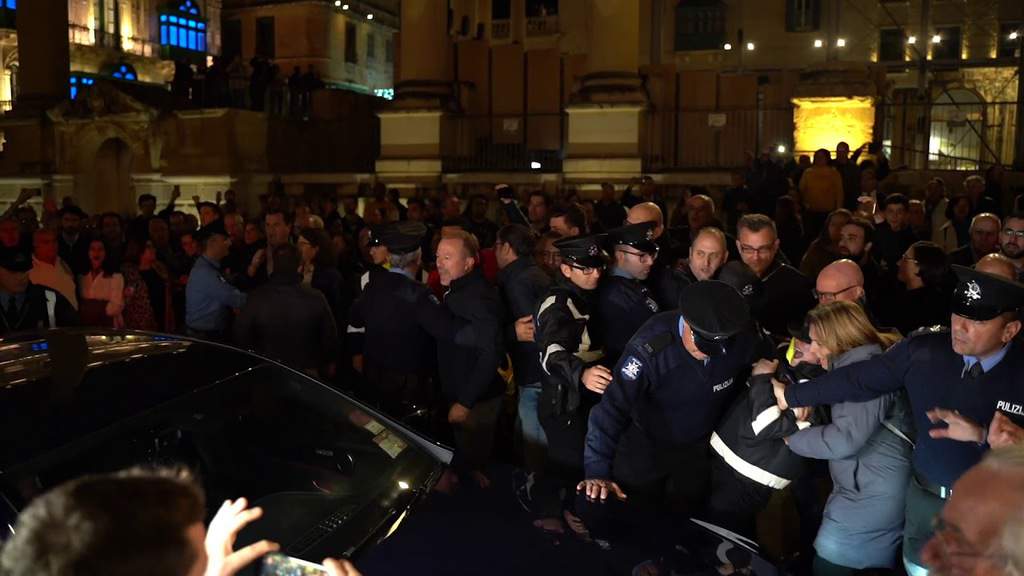 Except for the one time that Owen Bonnici’s driver drove onto a crowd of protesters injuring a police officer in the process, no MP has ever had reason to be concerned about walking unguarded among the general population. There have never been reports of vandalism or damage to the Parliament building, not a glass was ever broken, not a door was ever scratched, not a wall was every painted over.

And yet barriers carrying the sign “Parlament ta’ Malta” surround Parliament separating people from their own chamber.

The square in front of Parliament is an obvious venue for all sorts of protests, though on occasion these have been banned altogether on Speaker Anġlu Farrugia’s orders keeping people beyond sight of the building where their representatives meet.

Because sometimes the Parliament building is not enough for Anġlu Farrugia’s Labour Party mates. They take possession of the square too because the city is not for free citizens but for them. Just opposite Parliament there’s this inscription mounted on the wall by Joseph Muscat when he was still Leader of Opposition. 2009 was the thirtieth anniversary since Mintoff’s first “Freedom Day” and Joseph Muscat, like a Roman proconsul, marked the event with a marble plaque bearing his name for posterity. No permit was sought, so none was granted. 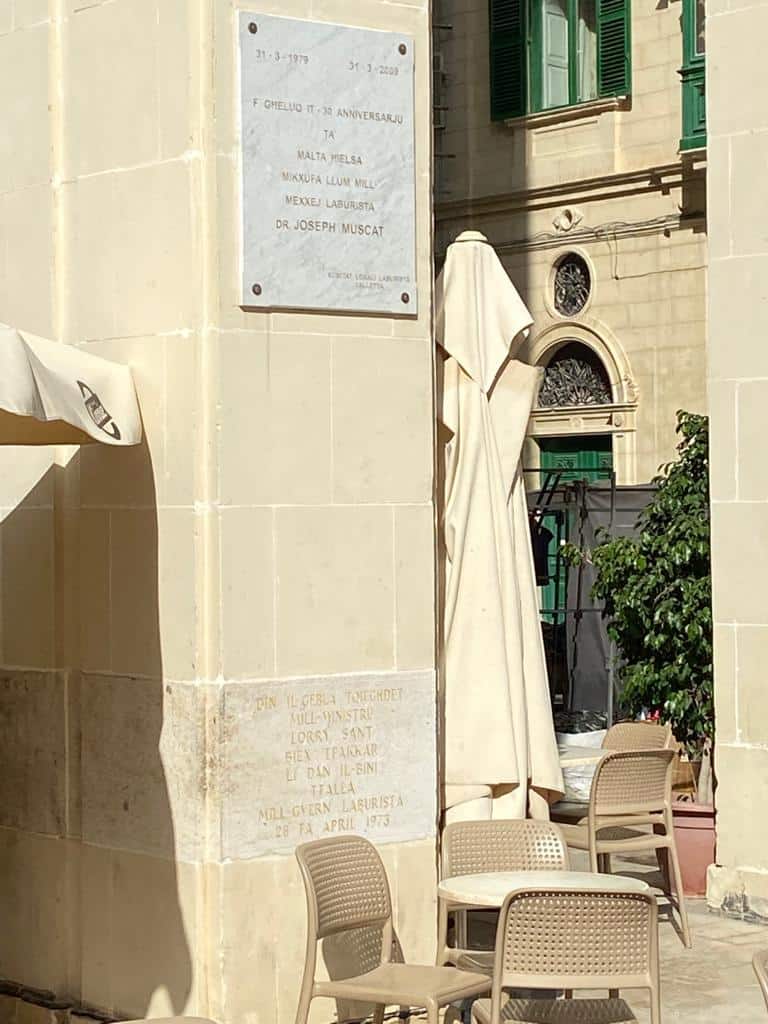 But his name lies inscribed there for posterity like some sort of Pharaoh. Muscat’s plaque was erected to accompany one put up in 1973 by Lorry Sant – another one whose version of their own history is entirely different from anybody else’s – congratulating himself for completing a building, designed and commenced by the government that came before him. 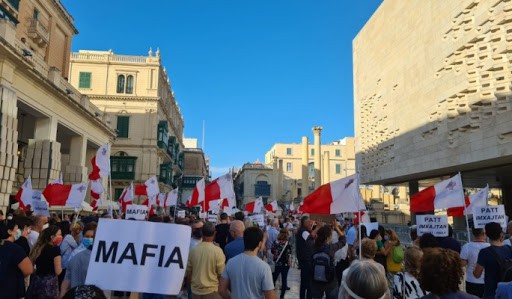 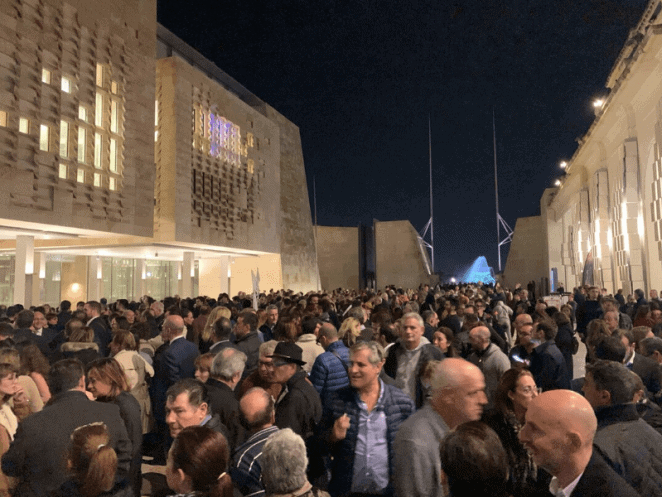 Previous:GUEST POST: The inauguration of a partly completed 800 metre road and the Vice-President of the European Parliament
Next:Robert Abela wants you to think Roberta Metsola hates children with cancer