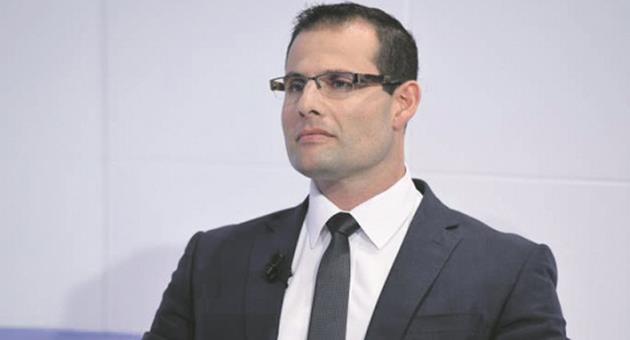 Our prime minister has been unable to diversify his playbook. Like Joseph Muscat before him he does not defend the passport-selling scheme on its own merits, because except for the fact that it makes money, it has no merits. Making money, is hardly in and of itself a strong case. Robbing banks makes money too but it’s generally not advisable.

Robert Abela was being challenged by the press for staying silent about Roberta Metsola’s election as First Vice-President of the European Parliament. It wasn’t a subject I brought up before now. There’s plenty to accuse our government with. Bad taste, churlishness and infantile obtuseness are a bit banal in the scheme of things.

If Robert Abela wasn’t busy preserving the legacy of Joseph Muscat, protecting his clan from prosecution, planting his puppets at the national broadcaster to kill us softly with Kim-style propaganda, mindlessly leaping from one deadly covid blunder to the next, sheltering his former clients suspected of supplying the bomb that killed Daphne, and letting migrants drown in the sea or die in slavery in Libya, I would find the time to criticise Robert Abela for not sending a bunch of flowers with a nice note congratulating Roberta Metsola for her achievement.

But today Robert Abela gave the press his reason for being churlish, infantile and bereft of any good taste, giving the most churlish and infantile reply imaginable that would win medals in a bad taste Olympiad: ‘because of children with cancer’.

He said he didn’t like Roberta Metsola for campaigning against the passport-selling scheme because the government was using the money made from that scheme to sponsor a voluntary organisation that raises funds to make up for our government’s unwillingness or inability to properly care for the medical needs of cancer-suffering children and the financial and social needs of their families.

Apart from groaning at the horrific injustice of bashing Roberta Metsola, falsely accusing her of campaigning to deprive children with cancer and their families from the money given to the Puttinu campaign, let’s also look at how intellectually lazy Robert Abela is being here.

He tells reporters the government is giving the Puttinu Foundation €5 million, long pledged by Joseph Muscat. On top of that the heroes at that organisation raised €1.68 million during 2019 to fund their activities.

What would it take for the government to recognise that what that Foundation does should be an essential component of the national health service provided for from taxes raised for the purpose?

In 2019, the government raised €944 million from VAT. Simplistically the government can expect to raise an additional €50 million with every 1% added to the VAT rate, more than 10 times over what Puttinu raise or get from passport sales.

Now this is still intellectually lazy because the government should work harder than simply covering its shortfall by raising taxes. This is still a low-tax jurisdiction and there is room for an adjustment there, but it would be nice if the government spent the last 7 years actually creating new economic activities that yield jobs and public revenue instead of selling passports and hyping the empty shell of blockchain.

That’s how governments take care of their sick children: not by bashing their critics with false accusations, but by generating economic activities that gives them the money that pays for front line public services the suffering and the weak are entitled to. That’s what we as citizens are entitled to expect from Robert Abela.

So I may not bother to get out of bed because Robert Abela fails to congratulate Roberta Metsola for her achievements. I’m sure she didn’t lose much sleep anyway, and she’s perfectly capable of reaching her goals and exceeding expectations without yet another man acting all patronisingly surprised at how far she got.

But I will get out of bed to complain when the prime minister uses children with cancer whose families need help because his government fails to give it to them, as political balls he can shoot at the opponents that outsmart him.