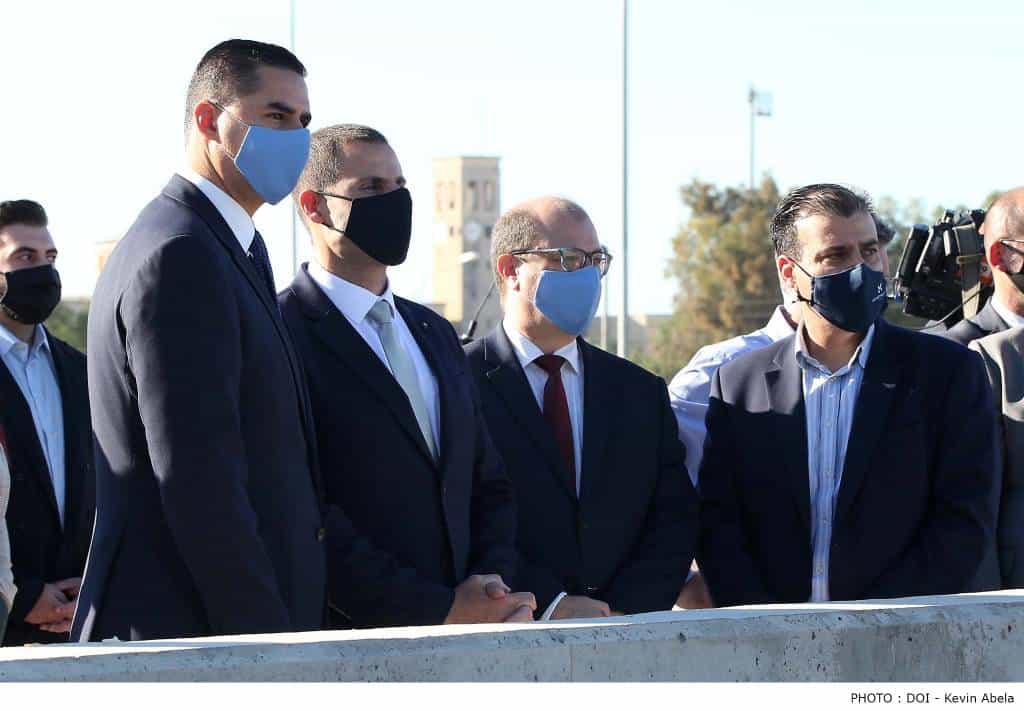 Robert Abela and his underlings have in recent days had multiple orgasms cutting ribbons and inaugurating unfinished roads, bridges and other infrastructural projects.

Basically, this is how it works. The prime minister, accompanied by ministers, parliamentary secretaries and various chairpersons who were in some way or another peripherally involved in the project meet on site.

If the project is still “work in progress” they wear yellow vests and protective headgear to show the world how safety conscious they are. Then they walk up and down the project followed by the press and the TV cameras, talking and gesticulating animatedly, ostensibly discussing the works, when for all we know they may be discussing the going rates for kickbacks from direct orders, which is the safest haven for hiding undeclared funds, or which auditing firm to use now that NexiaBT is no longer in vogue.

After the walkabout they all gather together, again before the press and the TV cameras, always respecting social distancing and other anti-covid measures. The males stand with their hands over their family jewels. My grandfather used to describe this stance as “posizione domenghini” – something to do with football and penalty shots, I gather.

The females who do not have family jewels to protect take the same stance. Julia Farrugia, if she is involved at all, pouts furiously as if she sucks lemons for a living and makes memorable speeches mainly consisting of repeating “ahem” after every two words while pulling her amazingly elastic mouth sideways in a remarkable likeness of a Japanese Noh mask.

Then they take turns to stand on the podium, reading or reciting a speech written by one of their minions, where they praise and laud the prime minister and themselves to high heaven and metaphorically pat each other on the back for a job well done.

In actual fact none of them had anything to do to bring the project to fruition. Most projects were initiated by the PN during their tenure in office and are being realised now. The projects were designed by underlings, constructed by contractors using underpaid foreign labour and financed by EU funds negotiated and obtained by former Prime Minister Lawrence Gonzi. So why are these people strutting about puffing their chests and acting as if they invented the wheel?

Ayn Rand got it right. She said:

When you see that in order to produce, you need to obtain permission from men who produce nothing
When you see that money is flowing to those who deal, not in goods, but in favours
When you see that men get richer by graft and by pull than by work, and your laws don’t protect you against them, but protect them against you
When you see corruption being rewarded and honesty becoming a self-sacrifice
You may know that your society is doomed.