Hurry Up and Kill Her (Part 9)

Hurry Up and Kill Her (Part 9)

In court Melvyn Theuma spoke of a conversation he had with Yorgen Fenech after the murder. Daphne had been dead a month. Melvyn Theuma said Yorgen Fenech told him to warn the Degiorgios. The police had identified them. They were going to arrest them on December 4. They needed to be prepared for the arrest and sit nice and quiet waiting for their release.

While Melvyn Theuma testified in one court, Yorgen Fenech was giving his own evidence trying to tease enough reasons to obtain immunity to nail Keith Schembri. He said he had been Keith Schembri’s mate since childhood and that during the past two years that friendship meant that Keith Schembri would brief him on the progress the police were making in the investigation.

In December 2017 Yorgen Fenech was nobody’s suspect. He was not known as the owner of 17 Black. It was not yet known that he promised to pay huge bribes to Keith Schembri and Konrad Mizzi. There were other more obvious candidates for suspicion of the murder.

How did Keith Schembri know Yorgen Fenech would be able to warn the assassins that killed Daphne that their arrest was imminent?

Passing information from criminal investigations to the suspects is a perversion of the course of justice, a form of complicity with fugitives, being an accessory after the fact. But the tip off prior to the December 2017 arrest of the assassins – of George and Alfred Degiorgio and Vincent Muscat – points to knowledge of the murder plot itself.

In a recording secretly taped by Melvyn Theuma, Yorgen Fenech reveals he was also getting information about the investigation from “Silvio the fat one”. That’s Deputy Police Chief Silvio Valletta, whom we described in our first chapter, Execution, as “no Sherlock Holmes”. We were being far too polite. Further evidence in court would show that Silvio Valletta had been a good friend of Yorgen Fenech. Phone footage showed him fooling around at the wheel of Fenech’s Rolls Royce. The fat cop and Fenech travelled together on holiday, watched a football match at Chelsea FC in London – and this while Silvio Valletta’s police department had identified Yorgen Fenech as a murder suspect. The ‘fat one’ was another important source of information for Yorgen Fenech. Silvio Valletta has since “retired” from the force. His wife, until recently a government minister, was forced to resign when the detail of the friendship between her hubby cop and the prime suspect emerged in court.

But there was yet another twist. In his “insurance letter” in the box, Melvyn Theuma had accused Keith Schembri of being a co-conspirator with Yorgen Fenech. But when asked about this in court in early 2020, Melvyn Theuma changed his story.

Theuma now insisted that as far as he could tell Keith Schembri was not involved in the murder even as he confirmed that a staffer who worked for Joseph Muscat under Keith Schembri’s supervision – Kenneth Camilleri – had visited his home to deliver a message for the Degiorgios. The message was for the assassins to keep their cool. They would get bail and a million euro each as compensation for their patience. Their freedom would be arranged. They needn’t worry, but they needed to stay cool.

Melvyn Theuma said he understood the message came from Keith Schembri. And yet, he said, he could not say Keith Schembri was behind the killing of Daphne Caruana Galizia.

Melvyn Theuma’s “yes but no” evidence may have something to do with the fact that his immunity from prosecution is conditional and at their own discretion the government can take it away at any time. Melvyn Theuma may have his own motivations for deciding where his testimony draws the line.

As evidence poured out of the halls of the criminal courts, witnesses lined up in front of the independent public inquiry to answer the burning questions the government had been avoiding for so long. Police officers testified their superiors buried their investigations into misconduct by politicians. Regulators and law enforcement agents blamed each other for the inertia in the face of corporate bullies like Henley & Partners, Pilatus Bank and Electrogas. Government officials and handlers of Joseph Muscat denied targeting Daphne Caruana Galizia even as they confirmed their bit parts in the orchestrated isolation of the woman they continued to hate.

But just as the inquiry was coming to the point of calling its most important witnesses – Chris Cardona, Konrad Mizzi, Keith Schembri and Joseph Muscat – the courts were shut down because of the Covid-19 pandemic.

Melvyn Theuma went back to his secret secure location. Yorgen Fenech went back to preventive custody in prison. As did George and Alfred Degiorgio and Vincent Muscat.

Right when truth felt so near and some form of resolution to Malta’s worst injustices seemed possible, the most unexpected intervention froze the plot: the coronavirus.

In the weeks of lock-down, while the courts shut down, Konrad Mizzi fled the country and moved to the UK giving vague excuses to avoid travelling home. Chris Cardona stopped attending parliament right after Robert Abela was sworn in. He has since resigned his parliamentary seat and has featured in advertising for a firm that sells unspecified services to the very rich, terminating without fanfare his career in politics and brothels.

Keith Schembri has always kept the lowest of low profiles. He is, as someone said of Stalin, a grey blur. The police have made no clear move to charge him with anything related to the corroborated evidence that he helped Yorgen Fenech escape justice for as long as he did. In spite of all the evidence he has still faced no charges in connection with the Electrogas scandal. Or with taking kickbacks from Russians buying passports. Or, by being the source of the warning prior to the arrest of the assassins in December 2017, with killing Daphne Caruana Galizia.

Joseph Muscat, however, shows no sign of quitting the scene. Just five days after he resigned in January he was back in the Auberge de Castille speaking to the new prime minister as a lobbyist acting on behalf of Steward Health Care, the American firm that bought three formerly public hospitals in the Vitals scandal, another major Konrad Mizzi imbroglio.

As the Covid-19 crisis took its toll on the country’s economy, Joseph Muscat returned to Castille, this time as Robert Abela’s most trusted economic adviser. The miracle worker would be back to steer the country through the reopening of the economy after the pandemic.

Robert Abela would seek to do more for Joseph Muscat than Gerald Ford did for Richard Nixon. He would not merely try to protect him. He would do his best to rehabilitate him.

So perhaps it’s still possible for Daphne Caruana Galizia and the country she worked for to get justice at last. Once again, it’s important to stress that all concerned deny any wrongdoing. But the evidence is compelling that Joseph Muscat, his consigliere Keith Schembri and their cocaine-addled accomplice Yorgen Fenech did great wrong.

And about their wrongdoing, the judgment of the woman they sought to silence, Daphne Caruana Galizia, was, is and always will be right. 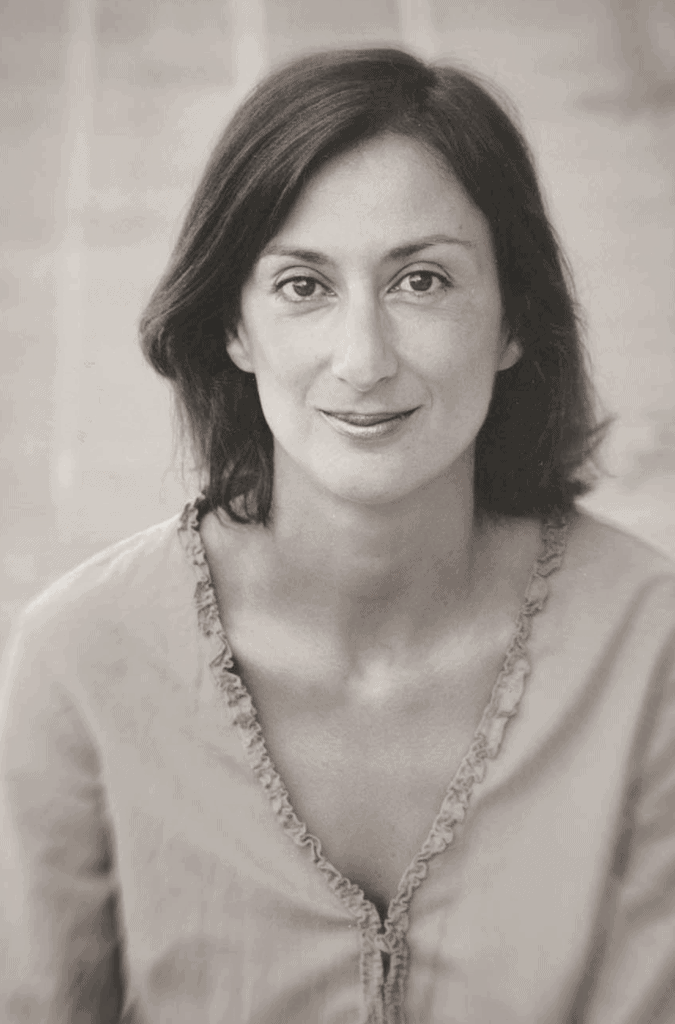