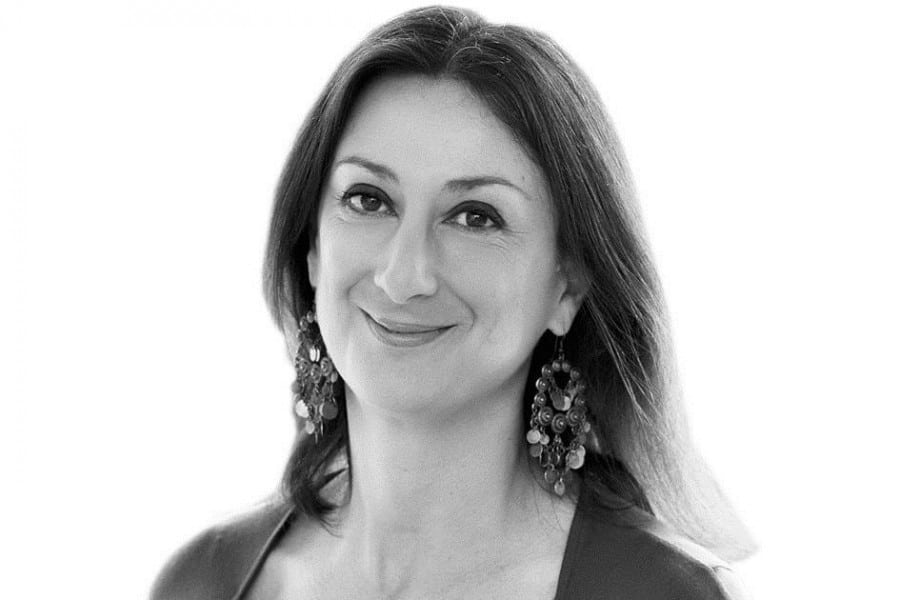 One hot spring afternoon in Malta, a journalist drove up to her house to find a court marshall duct-taping hundreds of sheets of paper to her front gate. Her family’s two guard dogs were barking uncontrollably and snapped at the marshall through the bars of the gate, but he was determined. The orders from the court were that the journalist, Daphne Caruana Galizia, must be served with 19 defamation lawsuits filed against her, in one go, by a wealthy and powerful business figure. A few months later she was dead, murdered by a remotely-triggered car bomb.

We are a group of civil society organisations that consider this to be the most egregious case of SLAPPs we have seen so far, aggravated by the fact that the cases have continued after Caruana Galizia’s death against her widower and three sons. “SLAPP” stands for Strategic Lawsuit against Public Participation. It’s a form of legal harassment designed to intimidate critical voices into silence. Expensive and unscrupulous law firms market this attack-dog service to powerful and wealthy individuals who can afford to drag on abusive proceedings for years just to shield themselves from unwanted public scrutiny.

This scrutiny is the lifeblood of healthy democratic societies. The European Court of Human Rights and other national and regional courts have consistently and explicitly recognised in their judgments the important role a free press, and more broadly civil society, plays in holding the powerful to account. Their judgments reaffirm the obligation states have to create an environment that is conducive to free speech. Because without this, democracy weakens and dies.

The holes in our laws that allow powerful people to hammer their critics into submission are a hole in European democracy. Cases of abuse pepper the continent. Poland’s second-biggest daily newspaper, Gazeta Wyborcza, has received over 55 legal threats and lawsuits by a number of actors, including from Poland’s ruling party, since 2015. French businessman Vincent Bolloré and companies affiliated with the Bollore Group have blanketed journalists and NGOs in libel suits to stop them covering his business interests in Africa. In Spain, meat producer Coren is demanding €1 million in damages from an environmental activist for criticising its waste management practices, having previously threatened activists and scientists who were researching nitrate levels in its local waters.

The people we depend on for information about what is happening around us are being distracted, impeded, or entirely blocked from pursuing their work by these costly and resource-intensive legal attacks. The situation is becoming skewed beyond recognition. When it comes to certain people, governments, companies and topics, it’s not writers, film makers or journalists who decide what we read, watch and talk about. It’s not even the courts, for SLAPPs rarely make it to a hearing, let alone a court judgment. Rather, it’s the oligarchs and their associates in politics, through the lawyers they pay, who are shaping the narrative and preventing the truth from emerging.

We’ve seen a worrying pattern emerge in Europe of government officials or beneficiaries of large public contracts adopting the tactics of celebrities and oligarchs to shield themselves from the heightened level of scrutiny that their positions or financial links to government warrant. The fact that the threats are often cross-border ratchets up the costs for journalists and activists, who find themselves summoned to court far from home in Europe’s most expensive legal jurisdictions.

Awareness of this problem is growing. European Commission Vice-President Věra Jourová has promised to “look into all possible options” to counter the threat SLAPPs pose to European democracy. One promising solution lies in the institutions of the European Union, and it could help realter the balance between pursuers of SLAPPs and the public’s right to be informed of matters in the public interest.

EU-wide legislation should be adopted to protect people across the European Union from SLAPPs. This has to be a priority.  As in other parts of the world, rules should be in place across the EU to allow SLAPP suits to be dismissed at an early stage of proceedings, to sanction SLAPP litigants for abusing the law and the courts, and to provide measures to allow victims to defend themselves. When we consider the importance of public watchdogs such as investigative journalists, activists, and whistleblowers to the rule of law and the fight against corruption, the absence of safeguards is a threat not only to press freedom but to the proper functioning of  Europe’s internal market and, increasingly, to Europe’s democratic life.

The reality is that for every journalist or activist threatened with violence in Europe, a hundred more are silenced discreetly by letters sent by law firms, perverting laws meant to protect the reputations of the innocent from attacks by the powerful. SLAPPs are a far less barbaric means of silencing someone than a car bomb or a bullet to the head, but their silencing effect is often just as destructive.

Previous:Plus ça change
Next:Maria Efimova concerned her husband will not get fair trial in Cyprus