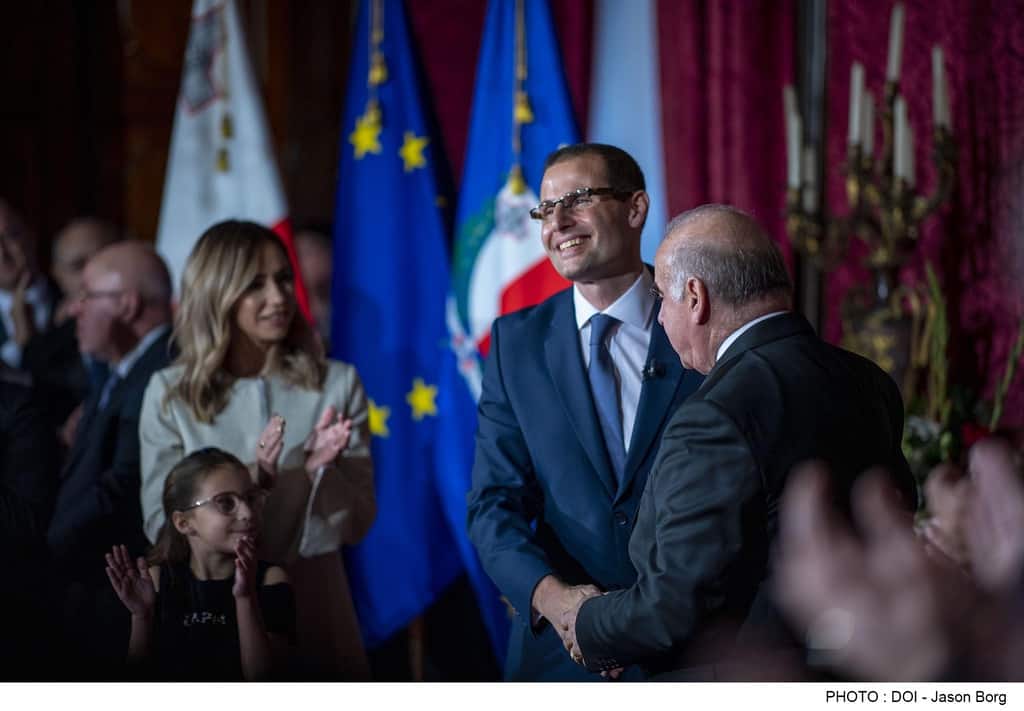 As John Lennon and Yoko Ono sang ‘another year (will be) over’ in a few hours. All will remember 2020 for different reasons, with the majority remembering the year for the covid pandemic. Many will not be celebrating the new year as they mourn their dear departed. Others like doctors, nurses and front-liners will recall the hours of hard work trying to save lives. For many this year will not be normal as Prime Minister Robert Abela would have us believe – it was atypical in one way or another.

Twenty-twenty started with the departure of the shamed Joseph Muscat and the swearing-in of a new prime minister, fully backed by Muscat. Chris Fearne was too dangerous and he could have acted in the right way, so the PL took no chances. Many thought this would be a change from the corruption eating away at the core of our values, where money was the new god. But apart from sacking Lawrence Cutajar (and rewarding him with a handsomely paid consultancy job) nothing really changed. Well, Robert Abela did promise continuity, didn’t he? He kept his word. Everyone was expecting him to tell us about the diabolical pact that happened just before the PL leadership contest. But he kept mum.

Then came March and the coronavirus struck. The first wave was very well controlled by the health minister and health professionals. People saw the danger and abided by the rules. Streets became deserted so much so that pollution was reduced by 70%, people stayed at home and all was good. Then, when he saw the silver lining, enter Robert Abela who moved to centre stage. He addressed the nation from the studios of his party’s TV station confusing the national with the partisan. He claimed victory over the virus and told the Maltese to go out and enjoy themselves, contrary to the advice of health professionals who warned about a second wave. He laughed at them and said that waves exist only in the sea. He even blamed them for alarming the people – his people.

But covid did return and with a vengeance. The numbers of infected soared and people, mainly the elderly, lost their lives in greater numbers. Unfortunately, Robert Abela did not take the necessary actions as suggested by the professionals. His famous ‘waves are in the sea’ will keep haunting him. To show he was right he went on his yacht to Ragusa and spent many weekends there, while front liners battled the virus. He kept and still is, insisting that Malta is living in normality, his kind of normality even though unemployment exploded to nearly 13,000 last summer while he was getting his tan in Marina di Ragusa.

During this year Malta and other European countries were shocked with evidence that came out of the Daphne Caruana Galizia public inquiry and the compilation of evidence brought against the alleged mastermind of the assassination, Yorgen Fenech. Yorgen Fenech is presumed innocent until proven otherwise and denies any wrongdoing.

In the process, we learned what went on at Castille’s kitchen cabinet, the power of Keith Schembri, the complicity of Joseph Muscat and high government officials including high ranking police officers with known criminals, the shady deals which wreaked havoc with Malta’s reputation around the world. Keith Schembri’s sworn testimony at an open inquiry contradicted Joseph Muscat’s. One of them has perjured themselves when giving evidence about when the decision to call the 2017 snap election was taken.

Keith Schembri was arrested a number of times but has yet to be charged for any crime. The Commissioner of Police had declared that by the end of October people would be charged in court in connection with money laundering at Pilatus Bank. Three months later and the police have yet to arraign anyone.

Towards the end of the year, Robert Abela felt he had the right to dictate when the public inquiry should stop. L’etat, c’est moi. The three judges called his bluff and declared that they would continue to hear testimonies until they are sure that all the facts have been exposed. The prime minister’s decision to meddle in the inquiry met with warnings from civil society, the representative of the Council of Europe Pieter Omtzigt and free speech organisations. Slowly but surely Robert Abela sounded the retreat and is now saying that he does not want anything to disrupt the inquiry. Three years have passed and yet we cannot see justice being done.

During 2020 impunity continued to reign supreme. There were the usual culprits: government ministers and high officials. We came to know that Edward Zammit Lewis travelled with Joseph Muscat to a luxury resort in France to stay at Yorgen Fenech’s hotel. Zammit Lewis told journalists that he doesn’t keep receipts – as if he paid cash! I’m sure his bank can send him a credit card statement for that period.

Ian Borg continued to be the most big-headed cocky minister of all. His replies to the media make one puke. We learnt about his shady deal when he bought a plot of land from a mentally ill farmer pressured within a 24-hour buying pitch by the minister’s canvassers. During the case which the old man’s family instituted against Ian Borg’s henchman, the Courts said the minister’s testimony on behalf of his friend, could not be believed.

Justyne Caruana resigned as a minister when the public inquiry found her husband was in constant contact with Yorgen Fenech while the latter was already under investigation. Robert Abela made sure she kept her income steady by handing her a direct order for legal services. He later handed her the Education Ministry after the failure of Owen Bonnici who now runs a purely symbolic ministry. Just like Julia Farrugia.

Rosianne Cutajar, a very intimate friend of Yorgen Fenech, picked up just shy of €50,000 in cash after brokering the sale of a palazzo in Mdina. She kept the money even though the deal did not happen. She did not declare the income on her asset document presented to parliament, she did not collect and pay VAT and one wonders if she declared the income in her tax return. Yet Robert Abela did not take any action on this corruption. He said he is waiting for more information about Zammit Lewis’s travels, the appeal from Ian Borg’s case and the report of the Standards Commissioner about Rosianne Cutajar. The guy, a false macho, is too weak to take decisions.

Twenty twenty-one should bring some relief from the pandemic, though the new variant may prove a new challenge. But let’s be like Robert. Let’s be positive and believe that Malta will be back in business by May as he predicted, and by July we would have recovered the more that a €1.2 billion deficit amassed through the pandemic period through sheer genius and the arrival of thousands of tourists who will flock to Malta to see our new flyovers.

On a more serious note. Let us hope that 2021 will bring justice for the murdered mother, wife and daughter who lost her life in pursuit of truth on the corruption of the government.

Let us hope that 2021 will serve justice.