Prime Minister, quite simply, the procedure is the issue 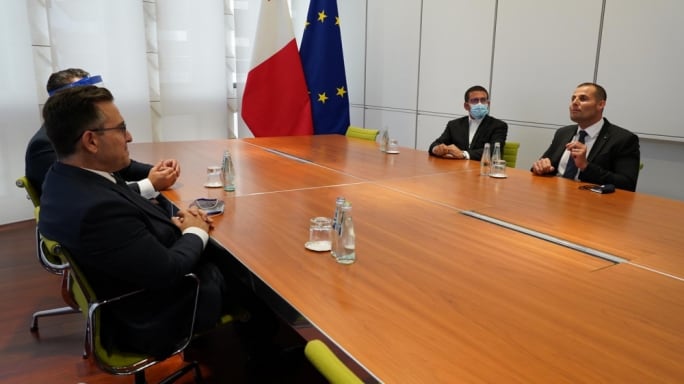 Robert Abela admitted yesterday he had spoken to the commissioner for revenue about Bernard Grech’s personal tax record while Bernard Grech was contesting the leadership of the party in opposition. In seeking to justify himself he said it did not matter whether the procedure used was correct or not – that’s a WhatsApp conversation between Robert Abela and Marvin Gaerty – but what mattered was that Bernard Grech did not have his taxes in order.

Robert Abela admitted this because he had no choice. The evidence of this conversation is contained in Marvin Gaerty’s phone that is now part of a police investigation in view of a 2014 conversation Gaerty had with Yorgen Fenech on an unconnected matter. The prime minister could have denied it, but at some point, it would have been proven.

Robert Abela also allowed himself to concede this admission because it felt better at the time to admit to “reporting” information on tax evasion given to him “from within the PN” than to admit he tried to bully the tax-chief not to agree to a settlement with Bernard Grech, which he is empowered to do according to the tax laws.

Let’s park for a moment that which Robert Abela denies and focus instead on what he admits. He has admitted having a conversation with someone “from the Nationalist Party” about dirt on a candidate for the leadership of his rival political party. At the time Adrian Delia was forced to admit having secret meetings with Robert Abela during the campaign where he was trying to survive as PN leader.

We know for a fact that Robert Abela discussed Bernard Grech’s taxes with Marvin Gaerty. A bit like that infamous chat Donald Trump had with the Ukrainian president about Joe Biden’s son.

We can only suspect Adrian Delia for corruption. But Robert Abela’s corruption is self-evident. Why is this corrupt? Because what is corruption if not the abuse of entrusted power for private gain?

Robert Abela’s partisan interests would have been better served by Adrian Delia’s confirmation. He didn’t light a candle and squeeze his fingers crossed. He used and abused his access to the chief tax man by getting him to take action intended to secure the advantage for those partisan interests.

This scandal, without at this stage the evidence to support the accusation that Robert Abela actually and explicitly pressured Marvin Gaerty to reverse the tax compliance certificate he had issued to Bernard Grech, is of a staggering scale. Robert Abela is the second prime minister in a row to be embroiled personally and directly in an act of corruption.

But if we’re going to discuss Robert Abela and tax in the same sentence, the discussion cannot stop here. It’s been more than a month since I wrote in The Sunday Times about Robert Abela’s unexplained wealth. Now that he has declared his zeal for tax compliance, such that he personally intervened with the tax authorities to look into whether Bernard Grech had his taxes paid up, might the prime minister allow us to look into his own tax compliance?

Might we see his returns over the past several years, the provenance of the funds for the acquisition of his multiple properties and the financial records of his firm? Might we understand how he came to be so wealthy in such a short time and if he paid all tax due in the acquisition of all that wealth?

Yesterday, Robert Abela said, “the real issue was not the procedure, but that Grech had not paid his taxes for years.” Bernard Grech’s tax performance was indeed an issue and no doubt Robert Abela did the public a great service by having us talk about it. But the procedure is an issue as well. His intervention in the matter is corrupt and scandalous.

The interesting thing is that this rationalisation by Robert Abela in and of itself is an apology for the procedure used. It is a limited concession, a very restricted “admission” that he didn’t do things quite properly.