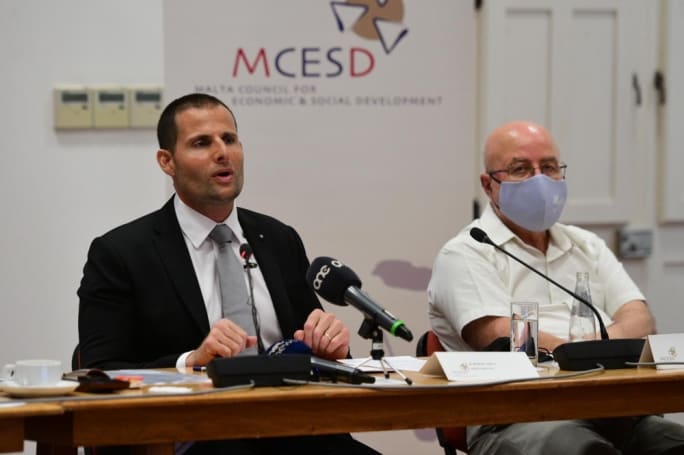 I wasn’t in the room for the proceedings of Robert Abela’s meeting with social partners at the MCESD this week. We know he told them the government needs their help to clamp down on tax evasion.

If it had been any other time the remark would have gone down unobserved or unremarked. After all, whether they mean it or not, governments are meant to publicly insist that all taxes due are paid. They need some tax revenue if nothing else to pay themselves and to cover the costs of whatever they need to do to get re-elected.

But politicians are also habitually careful to restrain excessive zeal when collecting tax due. Enthusiastic tax-collection comes with a political price. When Maltese law sent people to serve time in prison for failing to file VAT returns, or when waves of ex officio tax assessments were mailed to people’s letter-boxes, parties in government had hell to pay.

The context of Robert Abela’s remarks though was not at all ordinary. Had he not seemed so blasé about the whole FATF grey-listing thing, the circumstances would have been extraordinary indeed. Some might call it a crisis.

For here it is. Robert Abela went to the MCESD ostensibly to tell them what he was intending to do to drag Malta back out of the grey list. And in spite of the government-made disaster he was supposed to be speaking about, Robert Abela gave them the Kennedy spiel. Ask not therefore what your government is to do to return us to the white list. Ask instead what you can do for your country.

There’s nothing wrong with pulling on the same rope and all that. But Robert Abela asks us to pull on the rope while he celebrates his re-election.

Tax evasion is a problem. It is unfair. The authorities should clamp down on it.

But this is not why we’ve been grey-listed. Let’s not confuse the complaint that this country helps corporations and wealthy people avoid to pay taxes they owe to governments of other countries, with the black-market plumbers and electricians in our midst.

Without suggesting that nothing should be done about black-market plumbers and electricians, I do suggest that chasing every last penny they owe will not make a smidgen of a difference to our international standing as a trustworthy guardian against money laundering.

The FATF is not unduly worried about Johnny Vella tal-Kisi u l-Madum. That’s our, relatively minor problem, to deal with any given Sunday. But the FATF is worried about reports that the ‘Ndrangheta, Nicolas Maduro’s children, Ilham Aliyev, and Ninni Bacchi, the king of Cosa Nostra’s slot machines, launder money through Malta with impunity.

And turning on the UĦM, and the MEA to shift the burden on them for fixing these major structural deficiencies is not only unfair and disingenuous on the part of Robert Abela. It is, more importantly, completely futile.

He is, quite literally, barking up the wrong fucking tree. He’s sending us all on guilt trips and hang-ups collectivising the responsibility for the national disaster of grey-listing in order to dilute the significance of where the responsibility lies, squarely at his feet.

Politicians dodging bullets or worse pulling others to stand in front of them as bullet-absorbing human shields are, sadly, a fact of life. What is also a fact of life now, however, is that this country has the most significant challenge ahead of it since the major transformation to our economy in the lead-up to, and in the immediate aftermath of, our accession to the European Union.

In that situation social partners were also mobilised to support and to give their input in the effort to disseminate the change program the country needed to adopt and to secure their partnership and their commitment to implement it with any success.

What did not happen at the time was the government telling those partners, ‘Look, we’ve done all that we were ever inclined to try to do. It’s in your hands now. Good luck and good bye.’

Robert Abela did that this week.

As I said, I was not in the room for the discussion. I would like to think the social partners angrily told the prime minister that there wasn’t much help they could reasonably be asked to give in the gargantuan national effort to arrest Konrad Mizzi and Joseph Muscat, prosecute properly Keith Schembri and his associates, charge Yorgen Fenech with financial crimes and actually fucking start somewhere to look half way serious about turning the page the government spent the last 7 years smudging with their incompetence, their complicity and in some cases their deep and direct involvement in organised financial crime.

There: that scene of Robert Abela saying that everyone but himself needed to work to get us out of the grey-list. That was the proclamation of Malta as a banana republic with our banana prime minister in his banana suit and our banana social partners with their banana politeness restraining themselves from throwing the banana paperwork of their banana council at his fucking banana head.