Sent in by Gaius. 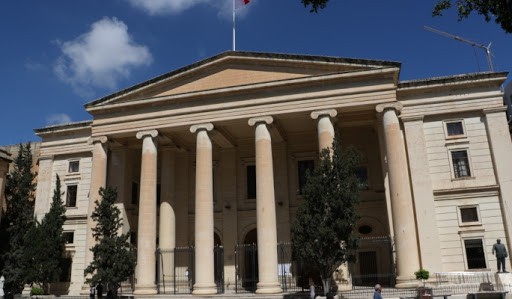 Everyone needs someone qualified to assist them in a legal matter at some point in their life. One may require having their interests defended in Court, or they may require simple advice on a particular legal point. Whatever it may be, they rely on the qualifications and the professional standards of the person engaged to give legal advice, in Court or outside it – it is a relationship of trust.

Parliament is currently debating a bill that seeks to make certain fundamental changes in the way this system operates. The bill itself is disquieting on many fronts, not only in terms of what it proposes but also in the light of recent events having a bearing on the legal profession. I fear the repercussions of the bill, and the context in which it is being proposed, are being heavily underestimated and underappreciated.

To place the bill in perspective, two remarks need to be made. Firstly, at the moment anyone seeking to provide legal services must have a warrant to do so (the warrant of advocate) – this is what makes one an advocate. The warrant is there for two purposes: to protect the legal profession, and, more importantly, to protect clients (third parties). The warrant is part of a wider regulatory framework that ensures that only those persons who have shown they are competent (not merely academically but also as ethical professionals) are allowed to practice law: it is a guarantee of sound standards.

The client is protected because of this guarantee: they know that the person to whom they turn for assistance is competent to address their needs. They are also assured that if the advocate acts unprofessionally, they can be reported to the regulatory body (the Committee for Advocates and Legal Procurators, under the Commission for the Administration of Justice), and subjected to disciplinary measures. This is done to protect the public interest and public order, and ensure client protection – without it, there could be no trust in the legal system at all. Not having a warrant and practising as an advocate (giving legal services, inside Court or outside it) is a criminal offence, which goes to prove how central the warrant is to social order.

A warranted advocate, it must always be borne in mind, has a primary obligation to work in the interest of the client but there is a very important, almost equal, obligation that impinges on the advocate’s work: that of behaving with integrity and probity in the context of a professional operating within the justice system.

The second remark to be made places the bill in a temporal perspective. The legal profession has been undergoing a change in practice for some years now, and everyone within it feels that advocates should be better regulated. Not least because a large proportion of graduates do not sit for their warrant exam and instead find employment, providing legal services, with companies of all colours and even the government. Last April, Parliament approved a law (Act XIX) that altered some aspects of the regulatory regime applicable to advocates. Less than two months later, bill 217 was proposed, with the same aim of regulating the legal profession, but deleting or amending certain provisions introduced by Act XIX. What triggers such an abrupt change of heart in the government? Clearly, something is amiss.

The bill seeks to divide the legal profession into two: ‘advocates’ and ‘providers of legal services’, similar to the system adopted in certain other States of ‘barristers’ and ‘solicitors’. The advocates will be able to practice in Court, defending clients, and must have a warrant to that end, as the system currently provides. ‘Providers of legal services’ on the other hand will be able to give legal advice and offer legal services outside Court, and it seems that the bill mainly intends to cater for those law graduates who do not sit for their warrant exam and go off to work with gaming companies, in financial services, and even with the government (some may recall the graduate who reportedly received lucrative direct orders to provide legal services when she did not have a warrant – illegal under the law at the time, but it would not be if this bill were to become law). All this is well and good in theory, but the way things are being tackled is worrisome indeed.

First off, why was this change not incorporated into Act XIX? Presumably, lengthy and detailed discussions would have preceded the Act, which was intended to provide for a better regulated legal profession. This may indicate one of two things. At best, there is no clear vision by the government for the legal profession – something about which the Chamber of Advocates has been vociferous. At worst, the changes caused discomfort to those the government has the interest to keep happy, and it is now trying to erase certain provisions to appease them – an election is around the corner, after all. Whatever it may be, it does not bode well at all.

Secondly, the new ‘providers of legal services’ are not subjected to any regulatory or disciplinary system by the bill. There is no provision for qualifications (including good conduct and morals), code of ethics, professional oath or anything of the sort.

Instead, the Minister for Justice has the discretion (it is not even an obligation, mind you) to set up the regulatory-disciplinary system, together with the qualifications to be a ‘provider of legal services’, by subsidiary legislation. What this means in simple terms is that the Minister is bypassing Parliamentary scrutiny to be able to have a free hand at regulating this aspect of the legal profession. What State in its right senses allows such a fundamental profession to be regulated through subsidiary legislation at the whim of the Minister of the day? These ‘providers’ will be employed largely in gaming and finance companies, and the system under which they may be disciplined for wrongdoing or mischief (like misleading advice, breaches of trust, conflicts of interest, etc.) is entirely hidden from Parliament.

This bill defies democratic accountability on three fronts: it prevents Parliamentary scrutiny of the regulation of a profession of people giving legal advice, gives the Minister free rein to the same end, and undermines the accountability of these professionals. No wonder Malta failed to earn the trust of the FATF as far as institutional competence and independence go.

The proper way to do things would have been to make the way these people will be regulated clear, in an Act of Parliament, such that the Minister does not have full and untrammelled control. That would show good faith in enacting legislation. To add insult to injury, the Minister made it amply clear in the debates before the House that he has a legal notice drafted and ready to place the regulatory system in place. So why hide it from the House? Why all this secrecy and fear of debate and scrutiny? All these questions become legitimate when the proper procedure intended to ensure transparency is departed from without justifiable reason (indeed, for no discernible reason).

Perhaps the worst aspect of all this is that the Government is using the EU as a scapegoat. The official reason for this bill, including the Minister’s power to regulate the profession without Parliamentary scrutiny, is for Malta to abide by its EU obligations. This is ominously similar to the official justification to classify hefty administrative penalties as ‘non-criminal’ – ‘to place Malta in line with European Convention on Human Rights requirements’.

That was something the Venice Commission very clearly rubbished, though the Minister seems to think he can legitimately interpret its opinion on the matter in his favour. One is able legitimately to doubt whether he understands the subject matter at hand or indeed simple English.

No self-respecting EU Member State allows a Minister to regulate providers of legal services himself, whatever they may be called: all legislation on the matter is exhaustively laid down, down to the tiniest of detail, in Acts of Parliament. The Minister trying to make the people believe this is an EU requirement is deliberately misleading, to­­­ say the least.

All these points give rise to the founded suspicion that there is something the Minister is trying to hide. The effort itself is positive and one would wish to give the Minister the benefit of assuming good intentions. Unfortunately, this is impossible, not unless these fundamental faults in the bill are addressed.

How can one trust in the initiative when it is clear the Minister is trying to grab and hoard power for himself in relation to these ‘providers’? What about the independence and integrity of the profession? It is a well-known fact that the government engages non-warranted law graduates to provide legal services, and therefore this may be an attempt to whitewash its own blatant breach of the law. It is also well-known that large companies do the same thing.

This makes one suspect, unavoidably, that someone somewhere may need a quick fix, possibly to stay some criminal proceedings for providing legal services without a warrant. Act XIX was in the pipeline for months and was preceded by a bill of 2012 that nobody acted on for eight years. All of this is circumstantial evidence, but to the informed reader it should be quite compelling evidence that something is not right.

If the Minister truly has the best of intentions, he should make his plans clear and make sure there is a long-term vision of how the legal profession is to be regulated. This is but part of the road that must be trodden to restore faith in Malta’s reputation and its institutions: a regulated and autonomous legal profession is a sign of a healthy legal system.

Previous:GUEST POST: Denial is not just a river in Egypt
Next:GUEST POST: The responsibility of the independent media