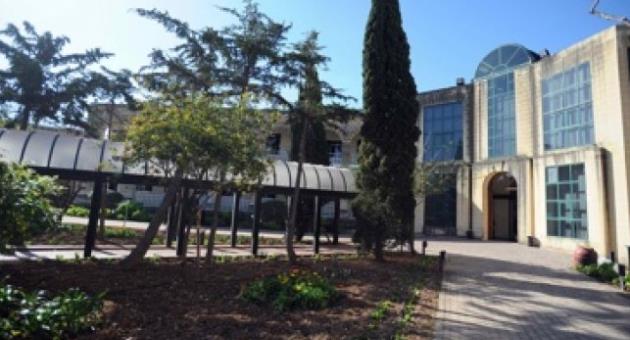 In September 2018, the Planning Authority (PA) took a vote on the Db proposal for a hotel-apartment block development at Pembroke. The vote went 10 to 4 in favour of the proposal.

An NGO group, Pembroke Council and individuals who had lodged some 17,000 objections appealed to the PA Environment & Planning Review Tribunal (EPRT) chaired by Martin Saliba. At the first sitting of the EPRT, the objectors claimed that one member of the PA board, Matthew Pace, had an obvious conflict of interest, being involved in advertising apartments in the Db development at the time of the vote. The EPRT turned down that objection.

At a second session of the EPRT, at which I was present, the objectors tried to bring up another problem with the Db application: an expert who had contributed to part of the project EIA had not signed the “no-interest” register, carrying a disclaimer of any connection with Db. The reaction of Saliba was astonishing, to say the least: a loud berating of the objectors for wasting the EPRT’s time with these trifles. He was supported by a paroxysm of shouting by Dr Ian Stafrace, a lawyer of uncertain connection sitting with the objectors. At a side table sat the then-consultant to the Cabinet and PL MP Dr Robert Abela, clearly enjoying these demonstrations of “official behaviour”. The upshot was that the objectors did not press their second case and both objections were finally rejected out of hand.

Just for the record: unknown to us at the time, there was a major conflict of interest within the EPRT itself. Martin Saliba was actually employed and paid by the PA: a classic case of judex in causa sua. Robert Abela may or may not have been aware of this situation at the time. But about a year later, Abela, as Prime Minister had no difficulty in appointing Martin Saliba as the PA CEO, well after Saliba’s position on the EPRT as a PA employee, had been made public: a fitting reward for “services” rendered. And just to rub it in, PM Abela re-created that situation by appointing Joseph Borg, a PA employee as Martin Saliba’s successor at the EPRT. The inherent conflict-of-interest involved in that appointment is now being treated in the Appeals Court in connection with the Marsaskala Waterpolo pitch application.

The 2018 Db protesters took the matter to the Court of Appeal, which found for the plaintiffs. The PA vote on Db2018 was declared null and void because of a conflict-of-interest of PA member Matthew Pace. The last paragraph of the sentence delivered by Mr Justice Mark Chetcuti said the following:

The immediate aftermath of the sentence was a spate of mutual recrimination between Db and the PA, in the course of which Matthew Pace resigned from the PA Board. Db then tried to drum up an application to start on the excavation part of the project but this seems to have stalled. Meanwhile work on a new proposal went ahead. That came to fruition in the first week of June 2021, with a date being set by the PA for a vote in the second week of June. On the other side, meetings for Pembroke residents convened by the Local Council were presided over by the viċi-sindku rather than is-sindku, who had taken part in the 2018 vote. There was apparently a new EIA, though questions on this point to the NGO side prior to the vote were never answered. And ERA, in the person of Director Victor Axiak, declared itself satisfied that all its objections to Db2021 had been met by the developer, this at least a week before the PA meeting.

On the day of the vote, 15 June 2021, there were four persons who had voted on the Db2018 proposal who were still on the PA Board. Pembroke Council had sent the viċi-sindku and the PA member Martin Camilleri chaired the meeting. PA CEO Martin Saliba excluded himself without giving any explanation.

Some few minutes before the meeting was due to start, the PA put it to the four 2018 voters – PA chairman Vincent Cassar, member J. Brincat, ERA director Victor Axiak and NGO representative Annick Bonello – that the 2019 Appeals Court sentence had decreed, suggested or insinuated – there is no public information as to the exact wording used – that 2018 voters should recuse themselves in case of another vote on the same proposal. In their turn, these four were quoted as stating that though they felt they could vote they were in fact absenting themselves from the discussion: not exactly crystal clear logic, with no suggestion of what had actually persuaded them to recuse themselves.

So the main institutional target of the 2019 Appeals Court sentence, the PA, had set itself up as the guardian and interpreter of that sentence and rat-trap setter for the unwary. For a trap it was.

Pembroke Council had obviously been warned in good time so that it could send the viċi-sindku instead of the 2018 voter, the sindku. This involved another “twist”. The PA had never conceded the right of any recognised body with a representative on the Board to send a substitute in case of need (cf. the stink raised over Victor Axiak’s absence from the first Gasan Town Square vote). In any case, surely the actual individual sent by Pembroke was not material to the matter of recusal. Pembroke Council had voted in 2018. According to the PA interpretation of the 2019 Appeals Court sentence, Pembroke Council should have recused itself in 2021.

Some members of the NGO group – why some and not all was never made clear – asked for an explanation for the PA’s underhand behaviour, which the PA promptly supplied: From Times of Malta of 16 July 2021: “In a statement, the PA defended the last-minute nature of the recusal decisions, saying that they ‘could only be made public on the day of the first board hearing during which the board was able to inform the parties involved and the public prior to the commencement of the public meeting’. A PA spokesperson was unable to comment further.”

What that statement “explained” is far from clear to even to someone well-practised in PA gobbledegook. Moreover, it contained a simple lie: Pembroke Council has clearly been warned well beforehand of the PA’s intentions, so as to substitute their 2018 voter with another official. The only aspect of this situation made clear by such statements was the PA’s intention to approve DB2021 by hook and by crook.

A close look at the 2019 Appeals Court sentence shows clearly that the PA’s “interpretation” is an empty one. The 2019 Appeals Court Sentence centred on the conflict-of-interest of Matthew Pace alone which, once established, had rendered the PA vote invalid. Flowing from that, Mr Justice Mark Chetcuti warned the other PA members to be careful about their position if they came to another vote on the Db proposal, so as to avoid a similar mess. That warning in no way constituted a hint and even less a stipulation for a recusal.

The PA’s “suggestion” pulled out of a hat 5 minutes before the start of the 2021 Db session was a piece of mischief with no legal foundation. Pembroke Council was clearly forewarned and thought of taking avoiding action by changing its representative; the PA had already done its sums which said that if Pembroke absented itself too, there would not be a legal quorum. Of the four “recusers”, the one who was certainly NOT informed well before the meeting date was the NGO representative Annick Bonello. The others may or may not have been, but it is highly unlikely that ERA’s Victor Axiak and even more the PA chairman Vincent Cassar had no prior inkling of the PA’s intentions.

The NGO side committed a serious blunder in leaving its representative without any advice prior to the PA meeting. After the event, one of us said that on the basis of the text of Mr Justice Chetcuti’s sentence given above, Db would have appealed if Annick Bonello had attended the PA session and voted. That begs a number of questions, of course: there is no evidence that a (negative) vote from Bonello would have ensured a defeat of the proposal even if the other three had stuck to their recusal. The session chairman has a casting vote. And what odds on Db contesting a vote that had gone its way? Then again, if someone on our side was familiar with the 2019 Appeals Court Sentence and its (PA’s) “interpretation”, why was our representative not warned about it?

The above apart, there is another aspect to this mess which we seem to have missed. Acceptance of the PA “interpretation” of the 2019 sentence must be buttressed by the near-identity of Db2021 to Db2018. But there is good evidence that this identity is missing. Db2021 had a new EIA. The ERA had also provided a new “nihil obstat” a couple of weeks before the recent vote. And most relevant of all, the Db project architects spent at least 30 minutes insisting on the new features of Db2021, which they claimed to have put in by way of taking on board many of the objections from Pembroke residents and others. So an equation of Db2021 with Db2018 does not hold water and any stipulations put on a repeat Pb2018 vote cannot apply to the Pb2021 vote, the latter being a significantly different proposal.

An appeal against the PA decision is in preparation. Its elements are not yet known, neither is its destination. Appeals to the EPRT would seem futile given that that body is chaired by an employee of the PA who has already rejected any notion of recusing on that account in the EPRT Marsaskala Waterpolo pitch appeal. Direct recourse to the Appeals Court may not be possible on the other hand, so we may have to go through the motions of an appeal before the EPRT. It is vital that we first contest root and branch the PA’s “interpretation” of the 2019 Appeals Court sentence, then its detailed application to the persons and entities entitled to vote on June 15, 2021, particularly Pembroke Council, and finally whether the 2019 sentence could be applied at all to the 2021 Db proposal.