Not an ethical bone in their body

When the Standards Commissioner agreed with Repubblika that newspaper adverts taken out by Carmelo Abela to promote nothing but himself were unethical and a waste of public money, the minister’s Cabinet colleagues said there were no rules that explicitly said he couldn’t do it.

The Commissioner issued rules that said that as a minimum if there was going to be a picture of a minister on an advert, the advert needed to actually say something. Given that the government must inform the public of its work, the government should be able to advertise. But the message can’t be “look what a great guy your minister is” because that’s for the minister’s political party to pay for. Or the minister himself.

So now ministers are doing this. Alex Muscat is taking out full-page adverts in the newspapers with plenty of words he rightly expects no one to bother reading to accompany pictures of himself. There’s chitchat about what his office has been busy with but only the sort of sophistry that Edward Zammit Lewis would attempt would say that this is anything but publicity for Alex Muscat. 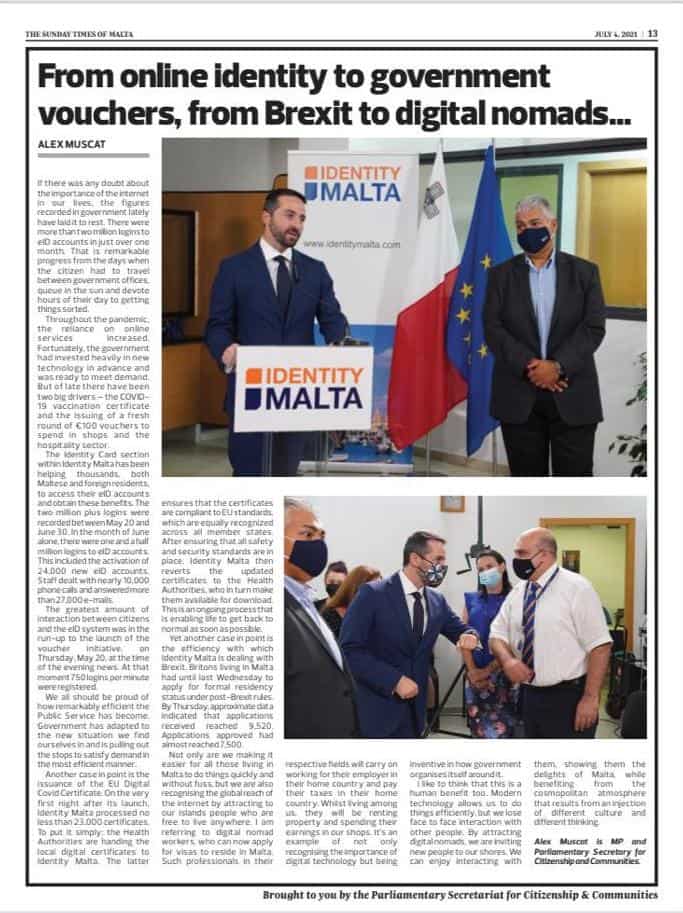 Silvio Schembri is running riot over social media as well and he’s taking out space on online portals. He’s not paying. His government department is. 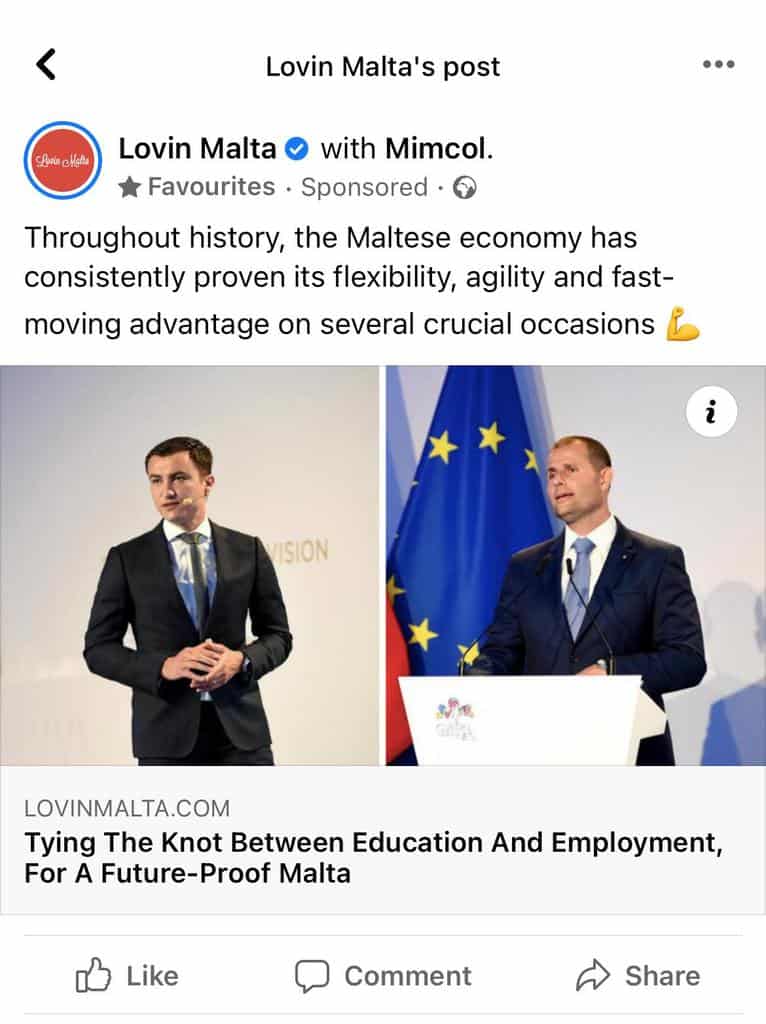 This could be a criticism of The Sunday Times and Lovin Malta. They’re run by friends of mine, people I admire for their work and journalistic integrity. I also understand they have financial pressures that are even greater than mine. I only have myself to pay. Their overheads are considerably greater.

I understand that it can’t be easy for any of them to turn down government money to buy space for government propaganda.

I also know that elsewhere in their publications they challenge Silvio Schembri and Alex Muscat all the time. Consider that these adverts I put up as a sample were out, right in the middle of the FATF grey-listing debacle. This week Alex Muscat should be replying to tough questions from journalists about the damage done to our global trustworthiness by his beloved passports-selling scheme. And then there’s Silvio Schembri’s block-chain island mess. Now he says he wants to make Malta future-proof, when it’s in the present that we’re being fucked right over, in no small part thanks to him.

What should the government be doing?

First, it should limit advertising spend on communicating messages such as health warnings, tax instructions, public interest awareness. Neither of these two typical examples of Ministerial propaganda would pass the value for money justification test in civilised democracies.

Second, if they are promoting policies they should do so in press conferences, not in adverts. That is where they would subject themselves to questions by the press and to the acid test of news value. They know is all they have to give journalists is snake-oil mottos like “future-proofing” Malta, the press would ignore them. So they spend your money to get your attention anyway.

In the meantime, in going to the advertising department rather than the newsroom, these ministers are short-circuiting the proper functioning of democracy undermining the function of journalists altogether. They are exploiting the press’s financial penury confident that a starving news organisation is not going to be picky about the content of the adverts they carry.

After all, if an advert on a paper says this restaurant is great or that car is magnificent, you know you still need to check that for yourself. The newspaper or news website is not guaranteeing that what the advert says s actually true.

But is it the same if the subject of the advert is what the same newspapers scrutinise all the time? What if you bought a newspaper that on one page said that Silvio Schembri was a blundering eejit and on the other said that he was heroically designing the future of your children? Is one of those pages misleading you now?

The government has a duty not to exploit the financial vulnerability of the media. It should ensure their viability to guarantee their independence and by extension their credible role as watchdogs over the government’s functions.

Do you see Silvio Schembri and Alex Muscat doing this? They are dangling food to a starving woman, demanding the woman give up her dignity to them in exchange for their charity.

Third, ministers should follow ethical rules ethically, obeying the spirit of ethical guidelines not subverting them with their pathetic rule-dodging. The intent of George Hyzler’s ethical guidelines was to prevent just this sort of a waste of public money and abuse of the power of incumbency.

Now they found a way of wasting public money and abusing their power of incumbency in a way that should the matter come up to the parliamentary committee on standards they’d be able to say again that there’s no rule preventing them from doing what they’re doing.

Square-jawed thieves. Our country is run by the Daltons.

In case that reference was a bit too obscure. 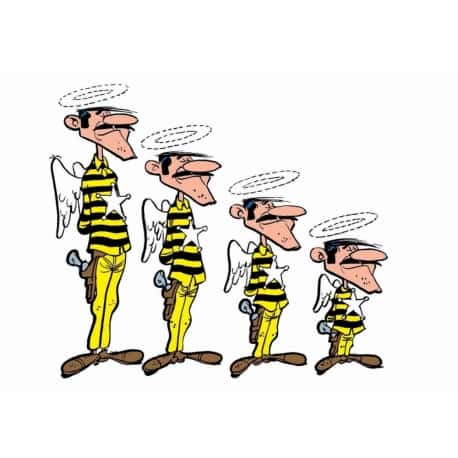 Previous:Evidence demonstrates Pilatus connection to 17 Black bribe-machine
Next:Joseph Muscat: Or how he spent your money to convince you he was great