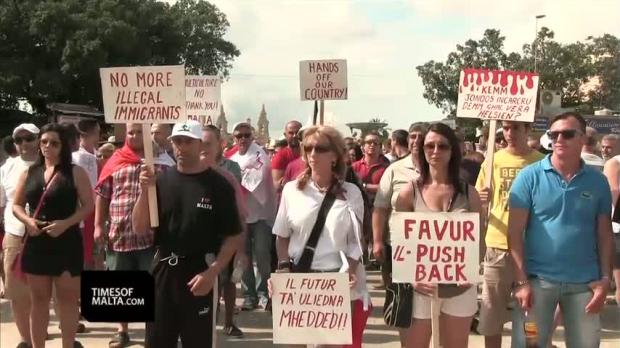 When the PN lurched to the right after the 2017 elections, many of its veteran voters (I say many, not most) complained they could not recognise their party anymore. They often spoke in terms of feeling orphaned. But their political “parent” had not died. It had walked away from its more moderate politics and abandoned its “children” in the process. Those mystified unintentional vagabonds were not orphans as much as foundlings.

Much was made at the time of the loss of balance between the various ideological factions within the PN. The “Kattoliċi and Latini” had snatched the politics of the PN at the expense and the exclusions of others.

A letter published today by left-wing ideologues mostly coming from the Labour-leaning fold (including two former leaders of the party, a former president, and radical activists in left-wing groups) shows that political orphans or foundlings exist on the other side as well.

The subject matter of their complaint is the official line taken by the Labour Party on race which the signatories find populist, inflammatory, racist and provoking conflict. They accuse the policy-makers in today’s Labour Government of losing sight of Labour’s “roots in a united working class”.

There are a few misguided premises, non-sequiturs, and ill-informed claims in the letter published today. But their conclusion is unimpeachable. No government that proclaims itself inspired by socialist principles should be speaking about migrants the way Joseph Muscat had once famously put it: ‘we need immigrants to work in the sun and collect the rubbish and do hard work I would not want to see Maltese people doing’.

Not unlike the time when Adrian Delia did his comedy act at the Marsa police station after one of his loony right rants, sensible people for whom the answer to every political question is not ‘kick out the foreigner’, must feel the pain when Robert Abela says we are “full up” for black people but need brown people to come do the dirty work for us.

Almost a year ago the Labour government asked for people’s views on what the national policy to fight racism and xenophobia should look like. There still is no national policy in sight.

But today’s letter from left-wing activists, intellectuals and retired or semi-retired politicians to the Labour government reminds us of another thing we often overlook. We only tend to see divisions in the half of the population that has tended to vote PN. But the two-party system is too awkward for voters of the Labour Party as well.

The political party with the second-largest share of electoral support in its own country in all of European democracy is the PN. The only party with a larger share is the PL. No other party in Europe seriously expects 50% of the population to support it at elections. In Malta, a party that gets less is doomed to complete exclusion from any meaningful political party.

In order to project that sort of unity, strands, opinions and disagreements need to be subsumed into the shared interest of the party. And frankly, when one tries to hold together enough opinions to mobilise half the electorate the only surviving interest the party could possibly have is willing elections.

This bit is usually easier for a party in government or a party that is near certain of winning an upcoming election. People suppress their misgivings in order to secure power or in order not to lose the power they possess.

Parties that are not expecting to win elections (much like the PN since its last, there but for the grace of God, win of 2008) are transparently less homogenous. As the reward of political power becomes elusive, the temptation of political opinion becomes irresistible.

Is the Labour Party then, showing signs of division? Not so fast.

A letter from Labourites chiding the Labour government for racialist populism is an obvious place to start, perhaps. They speak of the “unity of the working classes” as if they’ve just walked out of 1848. They surely must realise that the most obviously excitable audience for the rhetoric of racial prejudice is indeed the working class. Sure, there are posh racists as well. But the intuitive proletarian solidarity crap they are reverting to here is a myth and the populists that run the party they vote for knows it full well.

There’s no reason for intellectuals to keep their anti-racism sensibilities to themselves. Their initiative of today is commendable and in the interests of suffering victims of racism, one hopes it goes some way in bringing about change. I hardly think it will.

There’s so much else in the conduct of the Labour government that left-wing intellectuals should feel profoundly disturbed by. The overpowering influence of oligarchs over the government, the complicity with organised crime, the low-tax dogma, the lack of initiative for new economic fronts that are not dependant on piracy, the abuse of free speech, the killing of a journalist, the cronyism in public appointments, the institutionalised corruption. Are these more important than institutionalised racism? Not at all. Are they less important? No.

If enough foundlings speak up, political parties would be made to realise who the real parents are. And maybe two are not enough.

Previous:Gatekeepers
Next:The futility of it all