This piece is dedicated to Daphne Caruana Galizia and to her remarkable family who have never stopped fighting for justice. 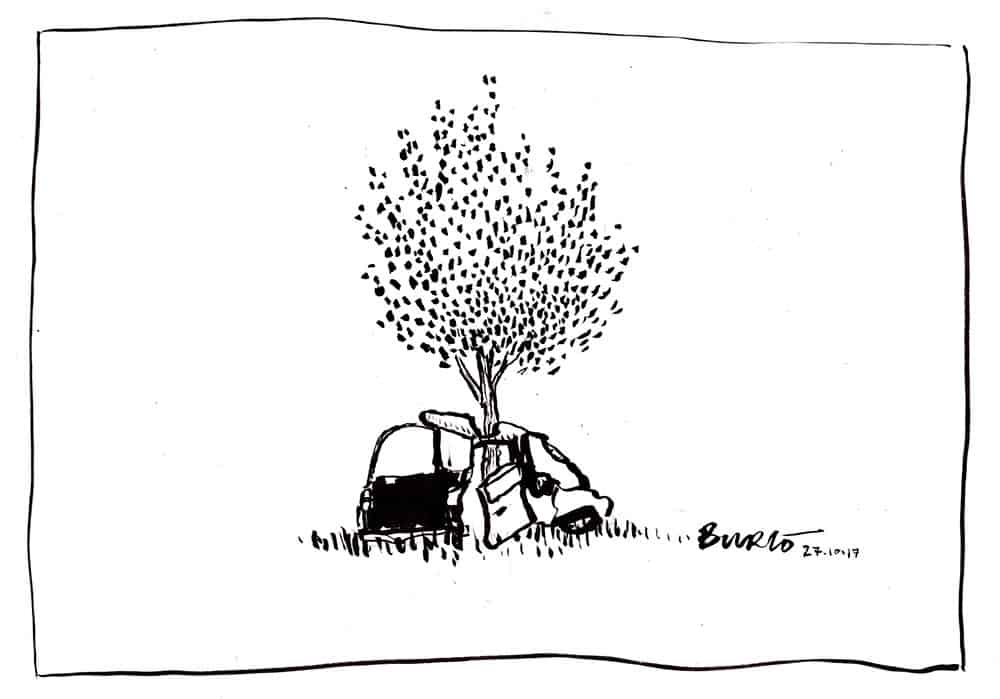 A new day began which was always the same. But not quite. The flowers looked similar, but they were always fresh. The photos were exchanged for other photos and words on placards replaced by other words. The candles may have resembled those placed there yesterday or the day before or many months and years ago, but they were different. Their inscriptions were written by a multitude of hands, all choosing their own precise messages for the self-same purpose. The flame on each candle burnt down to the wick without being fully extinguished until another fire was lit, ensuring the night was never shrouded in darkness. The light could never fade.

Freedom meant coming here each day and restoring items that were stolen. Freedom was striking a match and watching the flame leap into life. Freedom was writing in big bold letters that justice must, and must inevitably, be served.

It was a new day and it was never quite the same.

The Law Courts remained exactly as they were – cold, formal and austere – with people who’d stripped down to the basics for a weekend at the beach donning stiff suits and tight skirts which rubbed against their sunburn. They liked to look the part as they clutched their papers and their briefs.

‘We’re a cut above the average,’ they laughed. ‘We’re dressed to kill.’

Catherine always went to the same place first. She always returned to the same place before entering the small courtroom where she was forced to stare into the faces of the men who killed her sister. And they were always men. Men who smiled, cracked jokes with each other, nudged each other, mouthed at each other, blew kisses across the cramped courtroom to their stony hard-faced wives.

Before going inside, Catherine placed flowers and photos and placards at the protest site directly opposite. She did this every single time. It wasn’t a chore. It wasn’t a duty. It was what she did, every single day, and it formed the pattern and the rhythm of her everyday life. In a world where nothing was normal, a sense of stability emerged from returning to the same place, no matter what time of day or night, and repeating the same ritual, day in and day out, repeating that same ritual which could never be the same.

This place was the same but never the same. The actions echoed others but every repetition brought change. Slow, slow, so slow, but steady and constant and resistant to fear. Slow, slow, yes, heavy and slow, yet something stirred, each time distinct, and deep, so deep inside.

Even the faces of the old men, bitterness etched on their withered skin, year after vindictive year – distorted, misshapen, twisted – contorted into an inhuman array of guises by which to carve out their cruelty. On a better day, Catherine felt sorry for them. They spat out their spite so serenely.

‘Why are you bothering with that, bitch?’ one of them growled.

‘You’ve no place here,’ snarled another.

‘Making a mess in public, you cow,’ another shouted as he staggered up close. ‘Get the fuck out, you witch.’

As she attached a photo to the stone monument, Catherine stared into her sister’s eyes – dark brown, wide open – reflecting her own. She felt dizzy, caught between the then and the now in an eternal present where none of this had happened, where all of this had happened, an eternal present which merged the laughter of her sister with this aching agony.

She placed a Bay Tree in front of her sister’s photo. The three bronze statues above her head boasted of Faith, Fortitude and Civilisation. The Bay Tree, modest and defiant, stood there quiet, indisputably assured of its courage and its strength.

The courtroom was packed and sweaty. Armed guards flanked the main suspect but Catherine knew it was for show. The man reeked of Armani and designer sunglasses were propped up on his head. Sometimes, while a judge or magistrate was speaking, he’d whisper to his lawyers, wink at somebody behind Catherine, turn round and grin when he knew everyone was watching him.

Everyone was watching and no-one seemed to care. The gruesome details of the plot – so carefully devised and prepared – the devious and macabre plot to assassinate her sister were played out, day after day after day. And Catherine listened as the men – and they were always men – pinned the blame on others, pointed fingers to a thousand putrid pies, told lies which turned deceit into a game in which each move was as mercenary and malicious as the last. The breath seemed blood-stained as it slunk its way through the cracked lips of dry mendacious mouths.

Catherine stared into the faces of murderers who sat only inches away. She listened as names and places reverberated around the suffocating courtroom. Some of the names and all of the places were ones she knew. Everyone knew everyone on this claustrophobic island. Everyone knew every tiny hidden nook and every filthy dirty cranny.

A disagreement broke out in the courtroom. Lawyers disputed legal details, attorneys questioned facts. The judges and magistrates picked up their robes and swanned off regally for lunch. The bright light of the sun made Catherine wince as soon as she stepped outside.

She made her way across the tiny square, past busy shoppers heaving through with bags. Her sister’s smile drew her forward and the flowers raised their heads in joyful bloom. Before she reached the monument, she saw the space between the candles and the flowers. She saw the empty space and she froze, but only for a second, then she walked on.

The old men, gargoyles on park benches, grunted and mumbled and muttered and murmured, twitching and smirking and looking away.

Catherine kept on walking. She walked past the monument and down the narrow street. The smell of coffee floated out of cafes. A swirl of colour blurred against her sight. Shouts and cries and friendly greetings bounced back and forth between the buildings as Catherine walked and kept on walking down the street.

She moved more slowly as she wandered back. She didn’t have to hurry. She felt calm. There was no need to rush. She took her time as the heat of the sun beat down.

The square was full. Some people had gathered at the protest site. Tourists often stopped and read the signs. She always answered questions when they asked and although she didn’t say who she was, the sympathy of strangers who didn’t know these parts was overwhelming. Foreigners were shocked while many of her compatriots were revelling in the murder. ‘She deserved it,’ came the vicious refrain.

Catherine walked directly to the empty space. The Bay Tree resumed its rightful place again. She took a bottle of water from her bag and poured some on the roots. She stroked the leaves and smiled.

She stepped back, turned round, and looked at the Law Courts. Ten minutes left before proceedings would begin. She blocked out the sounds of the street around her and leant her head back gently. She lifted her face upwards and breathed in deeply, letting her eyes close briefly beneath the bluest sky.