The reports of the sittings in court of the prosecution of Pilatus Bank and one of its middle managers make for depressing reading. The magistrate is clearly at her wit’s end. Donatella Frendo Dimech has warned prosecutors “not to bury the case” and that what she heard so far from them is “not relevant”. That’s not too promising, unless you’re the owner of what was Pilatus Bank and you’re plotting a massive lawsuit against the Maltese state.

Even without needing to sympathise with the defence of former money laundering officer Claude Anne Sant Fournier who alone is being prosecuted in this case on a personal basis who argue that she’s being treated unjustly by a slow, possibly irrelevant prosecution, I cannot help sympathising with the defence’s argument that she has been singled out unfairly.

Surely if she’s responsible for what Pilatus did wrong (which is what the prosecution alleges, presumably for good reasons it has yet to demonstrate in court) she can’t be the only person responsible. She didn’t own the bank, she didn’t run it, she didn’t onboard its clients or process their money. Other people are responsible and none of them have been charged. However guilty she may be, an unequal application of the law is inherently unfair. 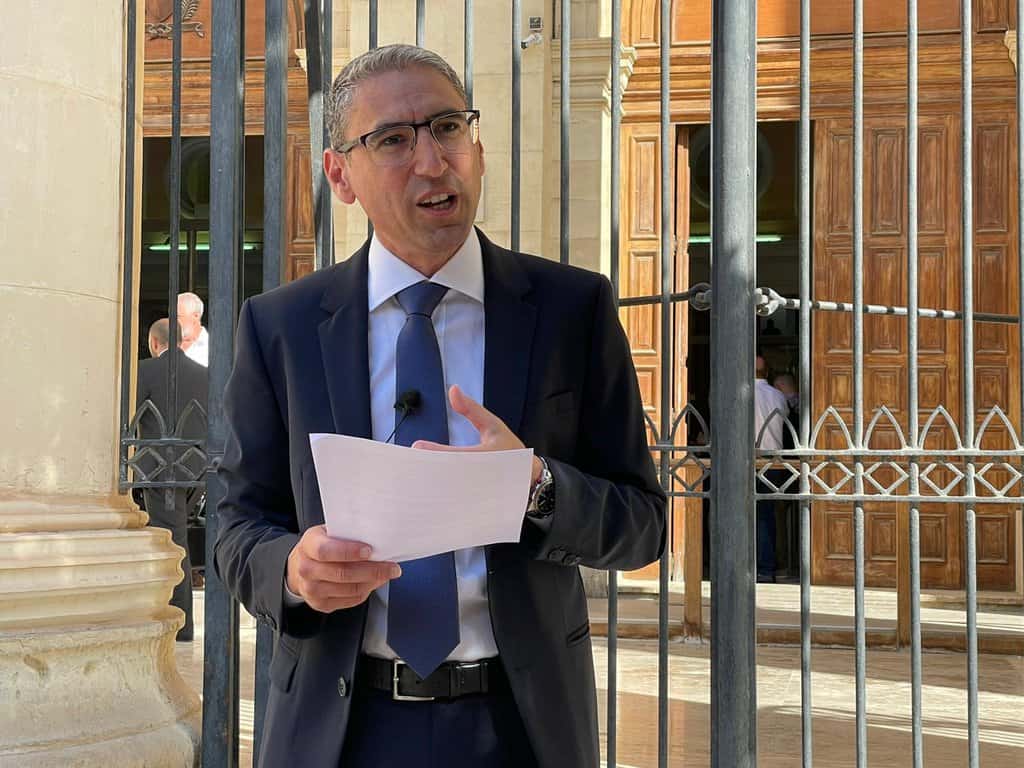 Repubblika’s Robert Aquilina went again to court today a few days after he challenged the police commissioner to charge the bank’s owner and directors. The police chief Angelo Gafà replied to that challenge essentially arguing that only he gets to decide who gets to be charged so Repubblika shouldn’t interfere. A court will decide whether there are grounds for a challenge in its own sweet time. The case will be heard at the end of October.

Imagine that, a court challenge to complain the police did not act in a timely fashion and the court will take three months to work out if it’s even interested.

Today’s visit to court by Robert Aquilina was to try to shake Attorney General Victoria Buttigieg into some form of action. For reasons I explained in some detail in my article in The Sunday Times, this is a bit of a long shot. Laws are indeed written in a way that limits greatly the possibility of challenging an Attorney General’s failure to act in a court of law. But we’ve got to try.

Even so we must keep it real. The Attorney General may very well be moved to act but there’s no formula to challenge her to do her job properly. The catastrophic prosecution of the Pilatus case gives nobody any reason to hope.

In court the defence of the bank and of the charged official appeared to be exposing a rather childish attempt by the Attorney General to circumvent disclosure obligations by presenting in evidence mountains of useless paperwork when a short list of documents in the possession of prosecutors would have done the job.

Ali Sadr Hasheminejad walked out of a New York trial that convicted him for bank fraud because of a disclosure violation in the prosecution of his case. I don’t want to suggest that a cross-border pattern is emerging here, but this guy is awfully lucky, isn’t he? In that he keeps coming up against prosecutors in possession of all the evidence they need to nail him but with a tendency to play fast and loose with procedure.

The defence today complained in court about how the secrecy they are alleging might hurt their clients. That’s their job. What is truly worrying is the not too subtle suggestion by the magistrate that she was also annoyed about how the prosecution were treating her.

Malta Today’s report of today’s court events quotes the magistrate saying, “in this courtroom, I do not like to hear people defending the indefensible.” Significantly, she wasn’t referring to the defence. She was referring to the prosecutors.

Kevin Aquilina, former dean of the law faculty, made the remark that no AG should be fired by Parliament just because some NGO says they should be removed. That, he said, would flout the rule of law that needs an independent and secure prosecutor to function properly, not someone who’s fired anytime someone says they should be kicked out.

Which is fair enough. We’re all for due process. Kevin Aquilina says retired judges and Victoria Buttigieg’s predecessors should be engaged to conduct an inquiry and determine the facts: look at what Victoria Buttigieg is up to before reaching conclusions that would, if appropriate, be the basis for a decision by Parliament to impeach her.

We’ll never get that far. Even the most hawkish people calling for Parliament to remove her certainly realise that our political system has never mustered enough consensus to impeach someone enjoying security of tenure, let alone an official so convenient, as we suggest Victoria Buttigieg is, to those who would rather the truth hidden by Pilatus Bank never gets to see the light of today.

Assuming though that the objective of impeachment, if she insists on sticking to her place, if an expert and independent inquiry determines she is not fit for purpose, if she is found on objective and empirical grounds that she is unfit for the position she’s in, is realisable in the real world, no one, surely, will object to due process and to a well-documented expert analysis of the facts.

Just please, if what is being suggested here can be done, let’s move on with it before we tumble further down the path of definitively letting criminals get away with it through the cover of double jeopardy from botched prosecutions, time barring, and just the interminable passage of time and the infinite opportunities to destroy the evidence while we wait forever for nothing to happen.

We do not solve the crisis in the rule of law in this country by cutting corners and breaking more laws. I agree with that. But we won’t solve the crisis by doing nothing either. And nothing is what we do. Or worse, we do what’s happening in court right now in a case against a long-closed bank.