Everybody wanted to consult. But nobody did. 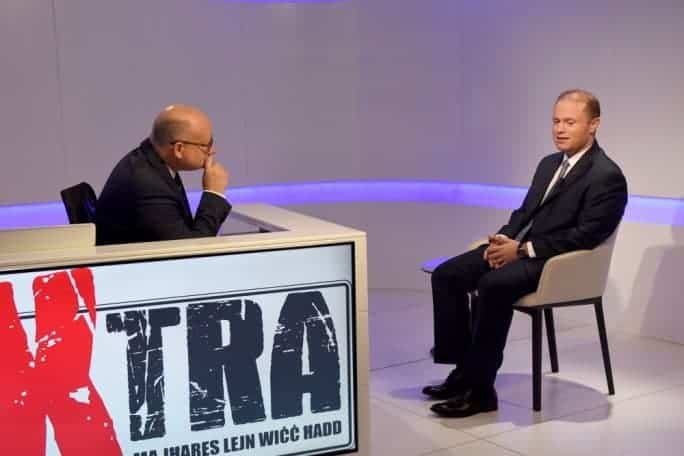 Saviour Balzan, who co-owns the Media Today group, and sits on the government’s committee of experts,wrote in his and his committee colleagues’ defence today. He ‘sets the record straight’ by explaining what happened over the past 11 months of their existence as a committee.

The record didn’t need straightening. The facts, even as he restates them, were known.

In brief, and adding a bit of backstory that Saviour Balzan leaves out, this is the sequence of events.

Five years ago, a journalist whose name Saviour Balzan could never bring himself to pronounce was killed by car bomb. For two years, the government rejected calls for a public inquiry, calls which Saviour Balzan did not join. As Joseph Muscat’s political career tanked after Yorgen Fenech’s arrest, the politically moribund prime minister attempted to survive by allowing the inquiry to happen.

It happened. And though Joseph Muscat sought to browbeat it into submission when he harangued the judges during what was supposed to be his evidence to the inquiry, the judges drew up and published their conclusions in July last year. They said journalism in Malta is in a precarious state and legal and administrative reforms were urgent and necessary. They said Daphne was killed because she was a journalist and she was killed because the state acted in some ways and failed to act in others that enabled her killers to end her.

Seven months went by during which nothing happened. It looked like nothing would happen until the PN Opposition took the initiative and published a private members’ bill that, though imperfectly, sought to translate into legal texts the principles proposed by the inquiry. The government mocked and voted down the Opposition’s bill.

Instead, the government published its own bill which experts – the OSCE, Article 19, and others – described as “problematic”, diplomatic-speak for “you must be joking”. The government wasn’t joking.

The government set up an experts’ committee that included Saviour Balzan and a bunch of government lackeys together with eminently qualified representatives of the journalistic community and the chairman of the public inquiry. In other words, the committee was a mixed bag. Saviour Balzan said this morning in his article that he did not appreciate being placed by ‘certain people’ – whom, in style, he did not name – in the stinky side of the bag. Whatever.

This is where we join the story as told by Saviour Balzan. The government gave the experts it hired two months to assess the bills the government published. Two months was in reality a long time to tell the government its drafts were rubbish. But the committee took the time to be constructive and make a ‘counter-proposal’ mostly made up of insertions of a rump version of the opposition’s bill that the government had already voted down.

The government did not keep its promise. Instead, it bided its time and published the final versions of the bills a week before Parliament opened this week with a plan to rush these through asap, for which read in time for the anniversary of Daphne’s killing which brings on Malta the attention of human rights institutions and campaigners.

The bill they published is as worthless as the shit they published in January. There’s a sprinkling of words from the “counter-proposals” made by the experts committee that proves only that the government read what they were sent. What’s left of those proposals does not work, so it doesn’t prove that the government understood what it was being told, much less that they wanted to listen.

Just because some bits of the new bill has bits of the committee’s proposals doesn’t mean the proposals have been accepted. It’s like proposing to include a table in the design of a dining room and throwing about loose legs and no surface instead.

Quite apart from the content of the bills, a group of people I have joined together with Fr Joe Borg, Natalino Fenech, Monique Agius, and Therese Comodini Cachia – people Saviour Balzan would not name – raised the alarm that the government spoke to no one about these bills before publishing them, or since. If the government ever sat down with the committee of experts it hired to advise it, there’s no evidence it listened to anything they said.

Some members of the committee of experts, as Saviour Balzan this morning, are perceiving this frustration with a lack of consultation as a criticism of them. They agreed to keep their discussions with the government confidential only to find themselves being blamed by the government for a legislative package they had, privately, told the government they disagreed with.

In other words, they got played.

But now is when the real test for the experts comes. Now they know. Now they’ve been shoved up the collective back side of free expression in this country they know the government is acting in bad faith.

Now they openly acknowledge the government’s laws are well short of even their privately-expressed expectations and hopes. As Saviour Balzan openly acknowledges they were in practice not allowed to consult because they were given an absurdly short amount of time in which to do their work, and when they completed it the government squandered the rest of the time doing bugger all.

So now is the time for them to walk away from this farce. The government will do what it wills because it can. It doesn’t mean that people working in this industry need to allow themselves to be used as witnesses in the drawing up of laws that do nothing close to protecting journalist from being blown up in a car bomb enabled and permitted by failures and malign actions of the state. Even journalists Saviour Balzan cannot bear to name.