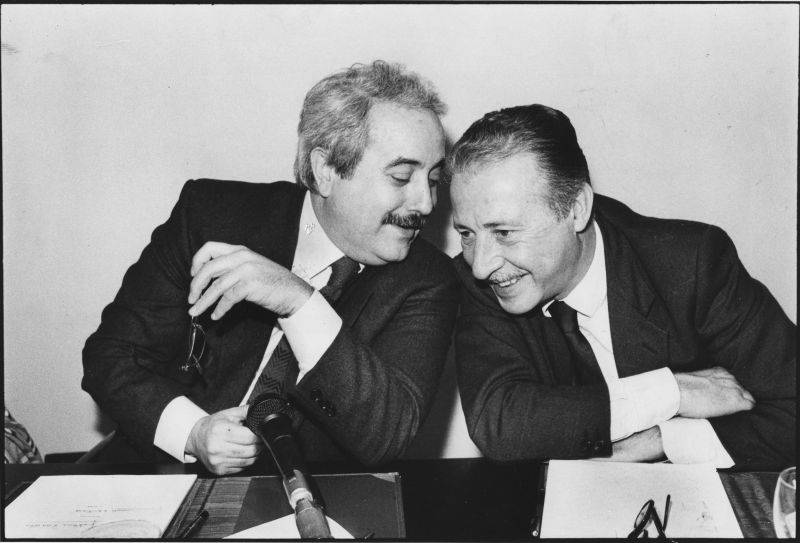 I rarely if ever go down the rabbit hole of debating with an online commenter. They’re obviously baiting you and what’s the point of saying something to someone who would never dream of allowing themselves to be persuaded by anything you say?

But this one, beneath my article in The Sunday Times this morning, deserves, I think, a special mention.

What do you mean, you blabbering idiot, with the words “roped in Maria Falcone”? Did you think we tied up and kidnapped an 86 year old woman to wheel her out at our protest on Sunday? You think she’s coming against her will? You think we’re getting an eminent jurist and a civil society campaigner of 30 years’ experience in Italy and all over the world to say something she doesn’t mean to?

“Who ever (sic) in his right mind can compare Falcone and Borsellino with DCG?” you say. Well, Falcone’s sister is.

And she’s nowhere near the first one to do so. Judges Giovanni Falcone and Paolo Borsellino fought against hidden criminal forces that infiltrated the state and were killed when they got too close. But there the metaphor ends.

The killings of Giovanni Falcone and Paolo Borsellino forced the Italian state to re-examine itself, to legislate properly against the mafia, to empower law enforcement to reach it and bring it down. Civil society arose and used its moral authority to bring about a national transformation.

Some of that transformation is now, 30 years later, eroding and the struggle must go on.

Here in Malta someone like this commenter can still write of Daphne Caruana Galizia as an acronym and think of her as a disease. And Malta’s state, even a public inquiry found it responsible for Daphne’s death, pretends nothing ever happened.

Because of this commenter too, the struggle must go on.