This is bloody Dickensian 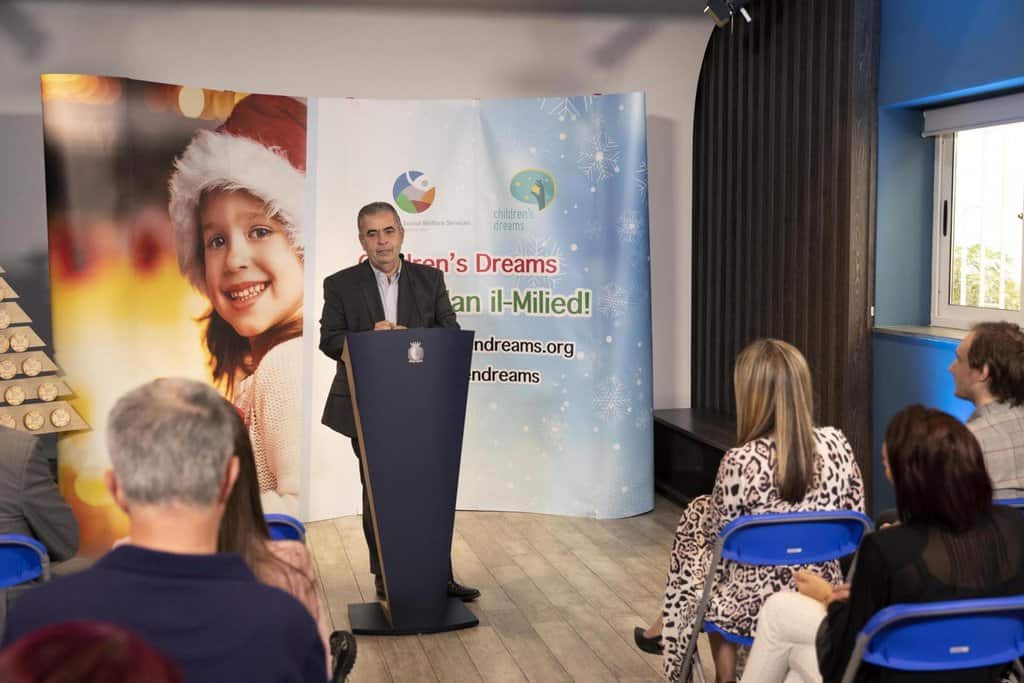 Are we supposed to go all aaaawwww and gawp at the cutesy generosity of Minister Michael Falzon? He launched yesterday the 10th edition of a charity event where donors pay to fulfil a child’s dream.

But hear me out. This is not some NGO scraping money together to make up for gaps in social welfare. The Minister was announcing an initiative of his own department, a government entity “inviting the public to help realise a Christmas wish for over 2,000 children.”

And the stench of the Victorian workhouse comes through when the “Christmas wishes” of most of the children are described by the minister. “Many have requested simply food, clothes or daily necessities.”

What socialist minister goes to bed at night having pleaded for charity so that 2,000 children can have a warm meal for Christmas? Michael Falzon, without a shred of embarrassment for openly declaring his complete uselessness as minister responsible for social welfare, informs that some children have been made to beg for a fucking Big fucking Mac fucking Meal. Excuse my fucking French but if you’re not going to get angry about the government abdicating its responsibility to feed hungry children, I give up on you and you might as well fuck off.

Why do I feel like I’m the last man alive who thinks it is an outrage that we reduce children of this country to Tiny Tims delighting in their wide-eyed excitement at the sight of a real Turkey on Christmas?

Wasn’t the whole idea of having a welfare state meant to get us the fuck over all that?

A theatre producer working on a play called Ta’ Fuqha Senduqha in Valletta last week told me about the backlash they got when they said in the advertising for the play that the performance would throw light on poverty in Malta. “There is no poverty” marched the trolls, the same trolls, I should imagine, who in other comments boards write that Daphne deserved to die because she was elitist.

I don’t wear ideological labels comfortably though many are thrust upon me like Alfred Sant (and others before him) did calling me a “right-wing splinter” of all things. But I have no hesitation to say that confronted by 2,000 children who, given a chance to make a wish for Christmas the furthest their dreams can go is that it would be loverly to have a room somewhere with one enormous chair, I am made a revolutionary socialist.

I am not moved to give money to charity, certainly not by a government minister urging me to do so. I am moved to argue that nothing short of revolution and the temporary dictatorship of the proletariat to put things right is desirable.

I know you must be split sideways hearing me speak like a deluded Trotskyite. But hungry children, really? Is our government so utterly helpless to feed the hungry? Can we not all pay a bit more tax? Can we not draw down a slightly bigger slice from the profits of the profligate who will be filling restaurants over Christmas just to make sure that children who live among us can dream of a trip to Rome as an exciting Christmas fantasy rather than a trip to the playroom at Burger King?

How can Michael Falzon live with himself asking for people to voluntarily pay for a hungry child’s Christmas lunch when he has the power, nay the duty, to ensure that the state which he administers with his colleagues levies enough revenue to help the poor?

I know that Michael Falzon cannot live with the alternative. How can they ask people to pay more taxes when they’ve wasted so much on corruption, and on salaries paid to incompetent or invisible employees, a debauched elite that wastes taxes that should be spent on the basic duties of the state?

While Joe Portelli, himself but a representative and recognisable sample of a very limited number of insatiable eaters, is enabled by the Labour Party which he funds to gobble up not just today’s children’s Christmas lunch but the Christmas lunches of generations yet unborn, Michael Falzon appeases his conscience by asking people for voluntary donations to feed the hungry.

This is utterly appalling. It is disgraceful. If Michael Falzon, his government, and his department are not capable of using the functions and the powers of the state to feed the poor, they should move to the local parish fund-raising committee and leave the government of the country to people who have the first idea of what government should be about. If we can’t feed our children, we are truly, wholly useless.

Previous:Scottish PEN’s vigil for Daphne
Next:We’ll get there: Protest this Sunday