Here’s Il-Kenniesa’s statement calling for the action this evening. If you’re coming — and you should — it would be a nice touch to bring a broom with you. It’s a new spring clean after all.

Following the arrest of Pilatus Bank owner, Ali Sadr Hashemi, in the US, we are taking yet another stand against Lawrence Cutajar, Police Commissioner for failure in protecting the people and our country against corruption.

On the 17th October 2017, 24 hours after Daphne’s assassination Il-Kenniesa started a petition for him to step down, sent to Minister of Home Affairs Michael Farrugia. With over 8,000 signatures, we were completely ignored by the people who are supposed to be the ones protecting us.

Lawrence Cutajar has failed us as a nation, he needs to go now.

We will be demanding his resignation tonight outside the Police Depot in Floriana, at 7pm. 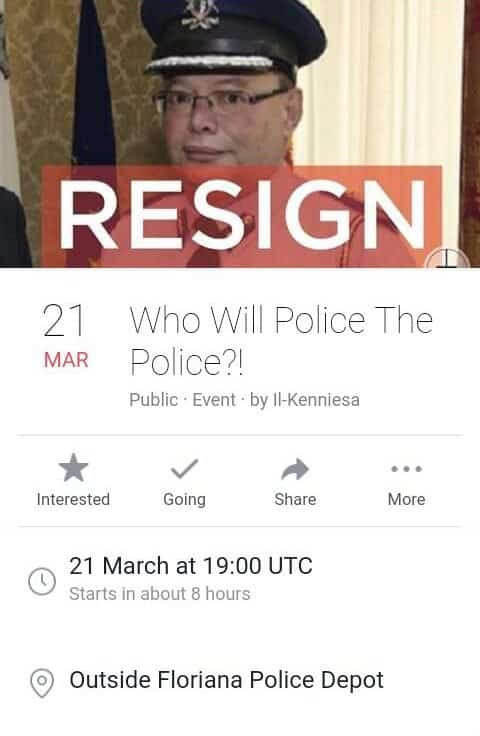